Police: All lanes reopened after 2 crashes on the Courtney Campbell Causeway

A total of 11 cars were involved across the two crashes, according to police. 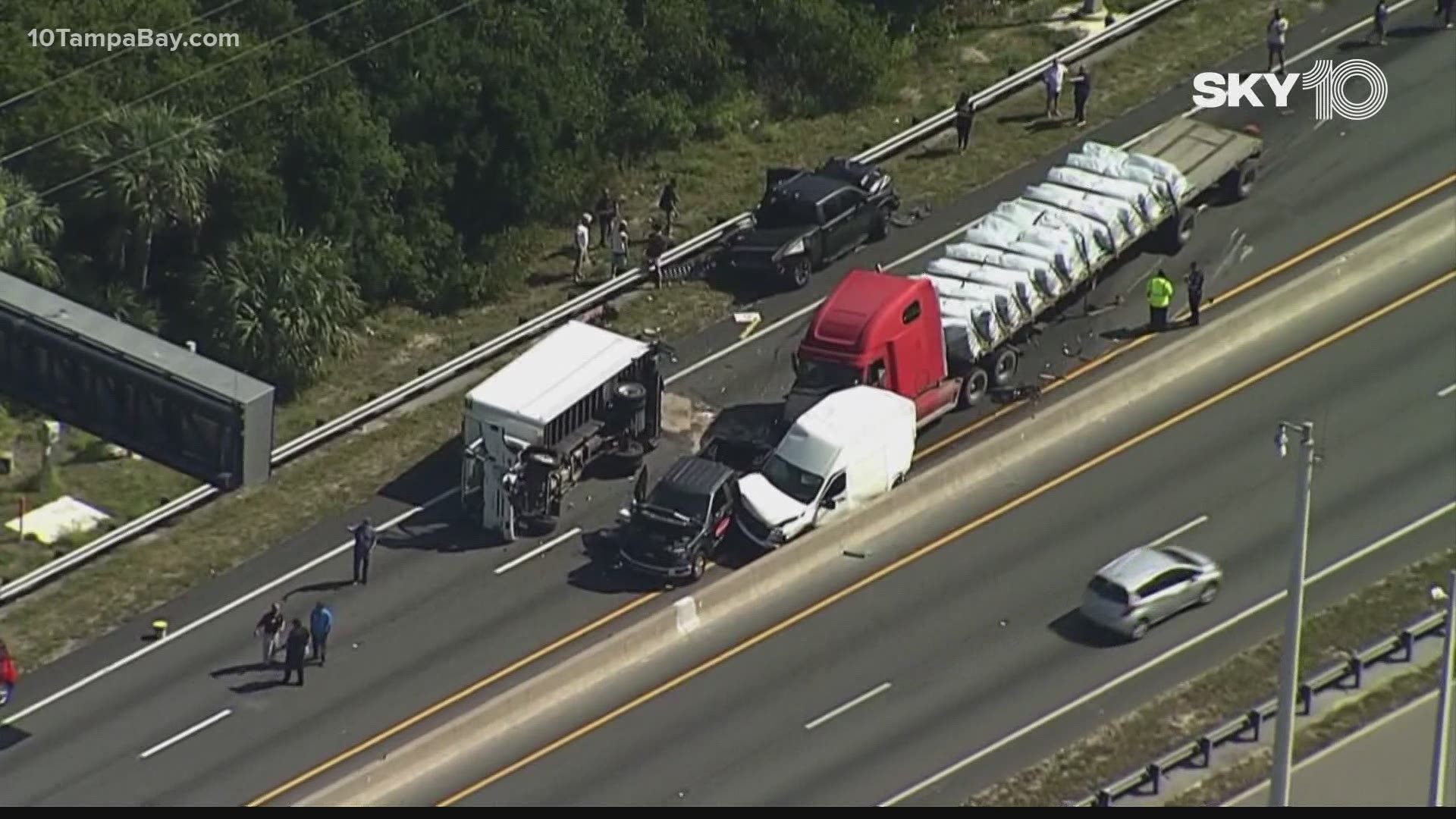 The initial crash occurred in the westbound lanes of the causeway and involved eight cars, according to a press release.

Officers say the crash was the result of a chain reaction when a tractor-trailer driver could not brake in time for stopped traffic. Fourteen people declined medical treatment, while two were taken to area hospitals.

Luckily, the police department says no one experienced life-threatening injuries as a result of the crash.

At this time, all lanes have reopened to traffic.

Here’s the scene from the westbound lanes of the Courtney Campbell. All westbound lanes are closed at this time. A total of seven vehicles are involved. So far, two patients are being transported to local hospitals. pic.twitter.com/Hex9S3yywm