It began when Josue Arias, 32, showed up at his ex-girlfriend's door armed with a handgun, according to police. 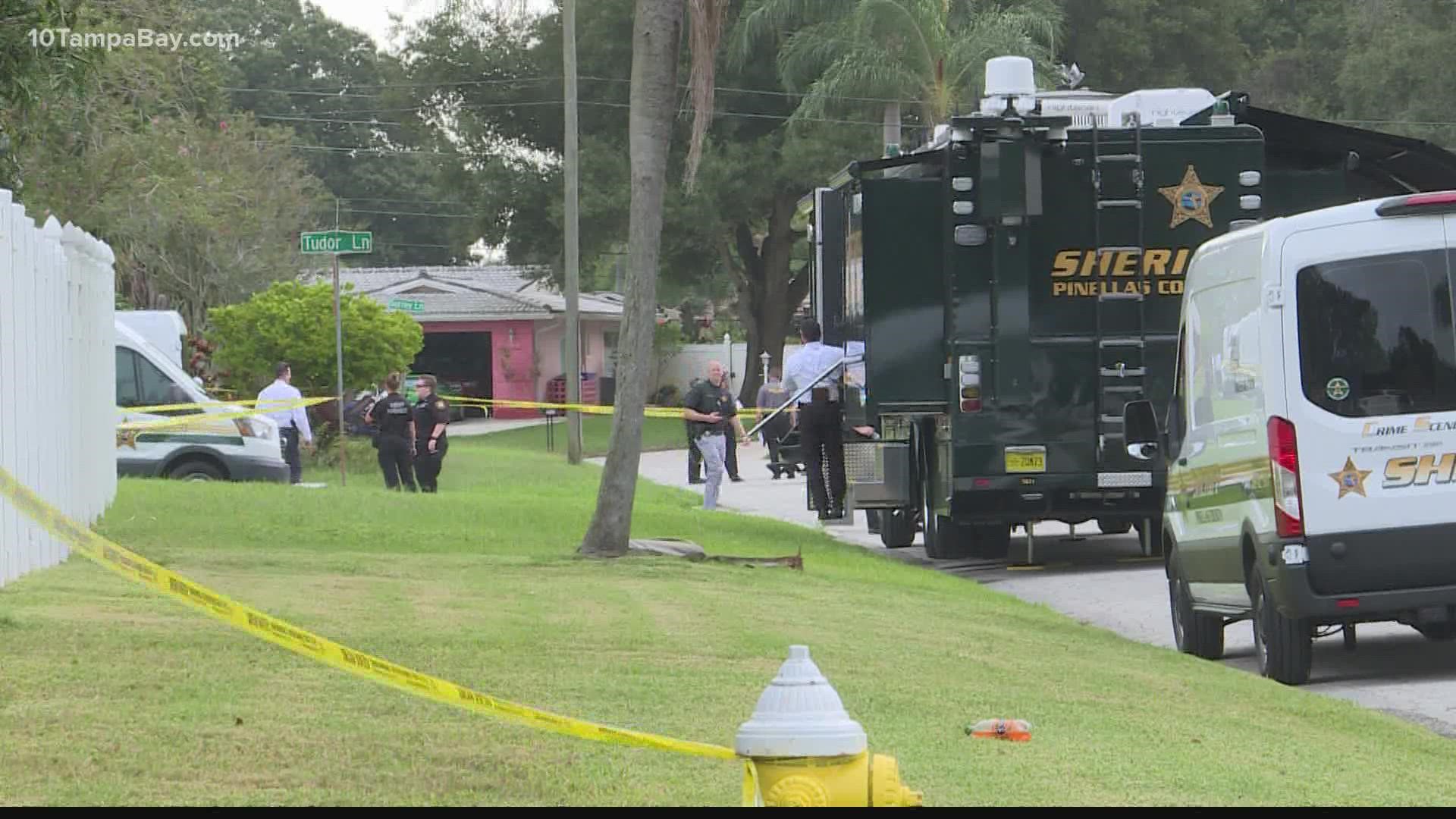 CLEARWATER, Fla — The Pasco-Pinellas State Attorney's Office in a news release Friday, Sept. 24, announced investigators have concluded the shooting was a justifiable homicide.

"When Josue Arias exited the residence, walked towards the deputies positioned to the east and raised the firearm in their direction, Deputy William Byrd, Deputy Christian Miller, and Deputy Cameron Frame were in fear for their lives when they fired their weapons as Josue Arias," reads a letter, in part, by State Attorney Bruce Bartlett.

A man is dead following a deputy-involved shooting at a home in unincorporated Clearwater.

The incident began Tuesday around 3:38 a.m. in the area of Indigo Drive at Tudor Lane. The Pinellas County Sheriff's Office received a call from a woman saying her ex-boyfriend was armed with a handgun at her front door, Clearwater Police Chief Dan Slaughter said.

The man, identified as 32-year-old Josue Arias, was able to enter the house, causing the woman and another man in the home to retreat into separate rooms, according to Slaughter. The chief added that the woman grabbed a handgun to protect herself as Arias made continued threats.

Deputies attempted to talk to Arias and "diffuse the situation," but Arias' statements made it clear he was "there for no other good reason than to do violence," Slaughter said.

According to the police chief, the woman was able to safely get out of the house, but not without leaving her cell phone behind with a 911 call open.

Her phone allowed deputies to hear inside the home and learn that their commands were just further agitating Arias.

But before deputies could make new attempts to deescalate the situation, Slaughter says Arias came to the front door with the black revolver pointed at the other man's head.

The man was able to get to safety as Arias retreated back into the home, according to police.

Slaughter said Arias' comments made it clear he was "intent on not letting the situation resolve itself peacefully."

That's when, according to the police chief, Arias came out to the patio area with his gun, looking for deputies. At this point, Slaughter said deputies fired their guns and hit Arias an "unknown amount of times."

Arias died at the scene.

The encounter lasted around one hour and 11 minutes from start to finish.

Detectives with the Pinellas County Use of Deadly Force Task Force are currently investigating.

The investigation is being done by the Clearwater Police, with assistance from St. Pete Police and Pinellas Park Police. Detectives from the Pinellas County Sheriff's Office will not be involved in the investigation in an effort to provide the highest level of transparency, Slaughter said

The police chief said detectives do not believe Arias shot at the deputies first but do think he fired his gun one or two times during the incident. He added that Arias has a history of prior burglary arrests and was using a stolen gun in this case.

Four of the deputies involved are being interviewed in the shooting investigation: William Byrd, Cameron Frame, Cristian Miller and K-9 Deputy Claudio Dimundo. The former three have worked at the office since 2018, with Dimundo hired in 2007, the agency said.