The City of Clearwater is offering a free park and ride service from now through April 29 to help fight the traffic and parking issues. 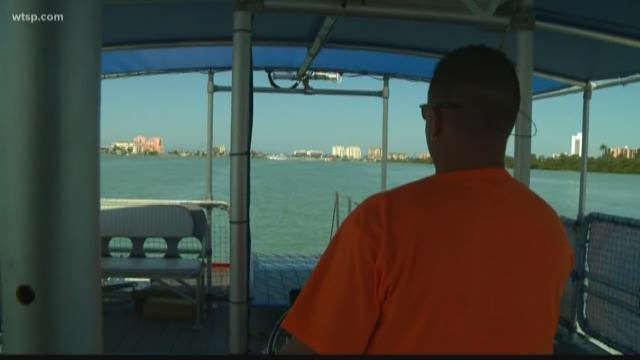 CLEARWATER, Fla. -- The Clearwater Memorial Causeway connects downtown Clearwater to Clearwater Beach and during the next couple of months, it's going to be jammed packed with cars while people head to one of America's best beaches for spring break.

Once you finally make it to the island, the search for parking begins.

The City of Clearwater is offering a free park and ride service from now through April 29 to help fight the traffic and parking issues. But there is another way to avoid the traffic, and it involves heading out on the water.

"It's great because it adds to the experience, so whether people are from Florida or not it's a great way to see Clearwater from the water," said Camille Hebting, with the Clearwater Ferry. "We have great intercostal waterway's and it's a great use of them.

"On top of that, it makes it fun for the family and it definitely helps with traffic and parking."

The ride from downtown to the beach takes 10 to 12 minutes, depending on the winds.

Last year, between mid-February and April, the ferry shuttled more than 32,000 people between downtown Clearwater and Clearwater Beach. Hebting say's while they're expecting similar numbers this year, they're starting to see that spring break crowd a little earlier than normal.

"We were busy starting the weekend before Valentine's Day when usually were starting to get really that busy the last week of February," she said.