Hoping to rebrand its downtown, Clearwater keeps roads closed for 'The District'

The idea came about during the pandemic and is now here to stay. 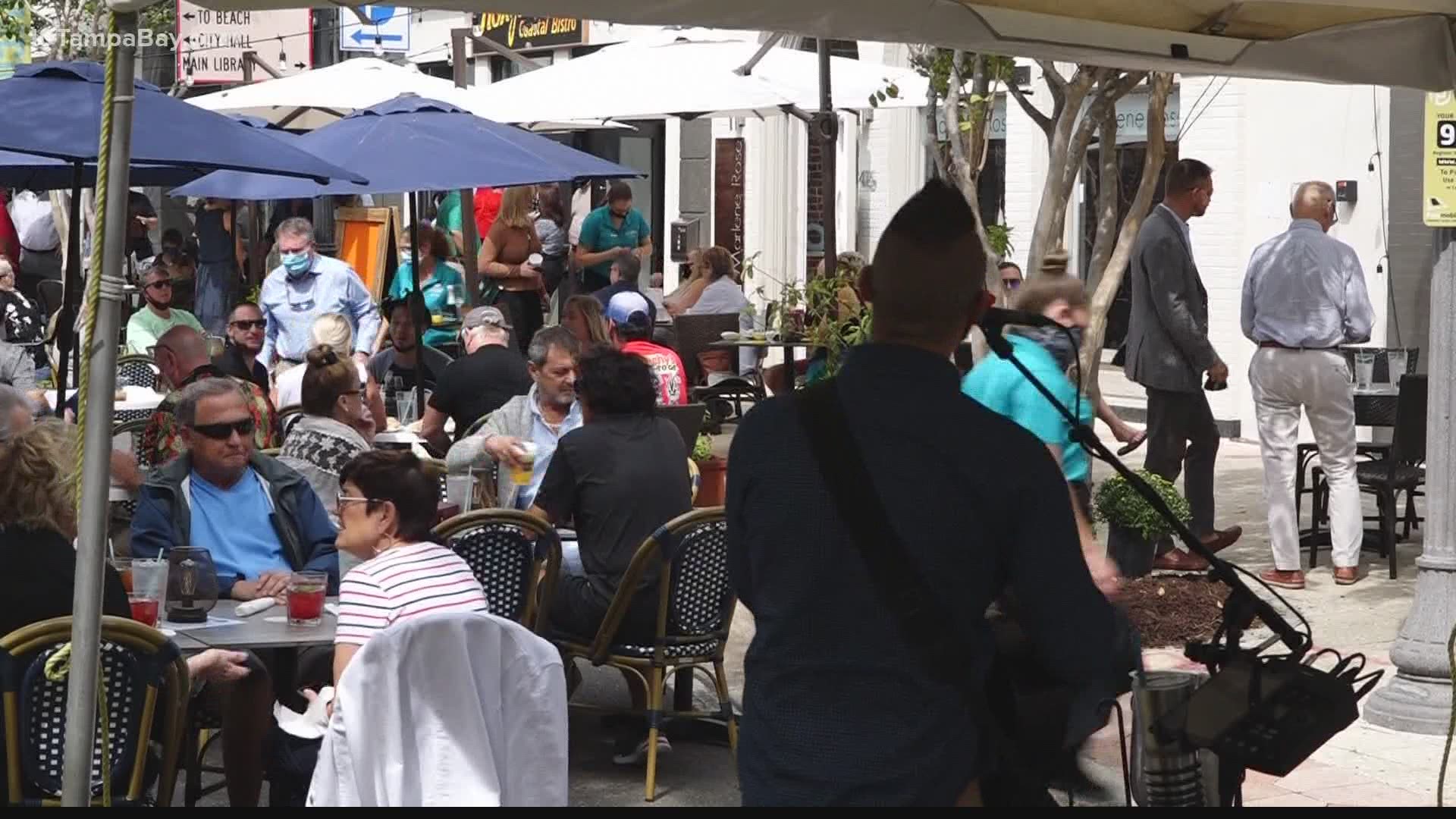 CLEARWATER, Fla. — On Wednesday, Clearwater cut the ribbon on what they hope will be a big boost for the city’s downtown area.

They are rebranding part of Cleveland Street, calling it “The District”.

“We all know that the beach is a wonderful asset to this city. But there is so much more potential that we have not yet reached in downtown Clearwater,” said Clearwater Mayor Frank Hibbard.

When COVID-19 led Clearwater’s restaurants and retailers to shut their doors, they eventually moved business onto the sidewalks and closed-off sections of Cleveland Street through the end of May.

But that temporary idea has caught on, and so, now, a dozen restaurants, storefronts and other businesses are keeping the stretch closed to traffic through the end of the year, hoping The District maintains and even increases its following.

Clearwater continues to look for ways to shed perceptions related to the Church of Scientology’s reach and impact to compete with surrounding cities like St. Petersburg and Dunedin.

In June, the city approved a $15 million redevelopment of its waterfront Coachman Park.

Murals and artwork have become an attraction. And now The District -- which also plans to host live outside entrainment on weekends.

“We can offer everything that those other cities have,” said Carolyn Bradham, who owns Kara Lynn’s Kitchen on Cleveland Street. “If we have this closure and we can have our entertainment, our music, our art, and everything’s like that, we’ve got a fantastic venue to do it from. And we will bring more business down here the more we can grow.”

Creating this area has also created some logistical issues including infrastructure and making sure emergency vehicles can get into the barricaded streets if needed.

But if those challenges can be overcome, some businesses are already asking the city to consider making The District permanent.