Video from the city showed a stream of water pouring out of the ceiling. 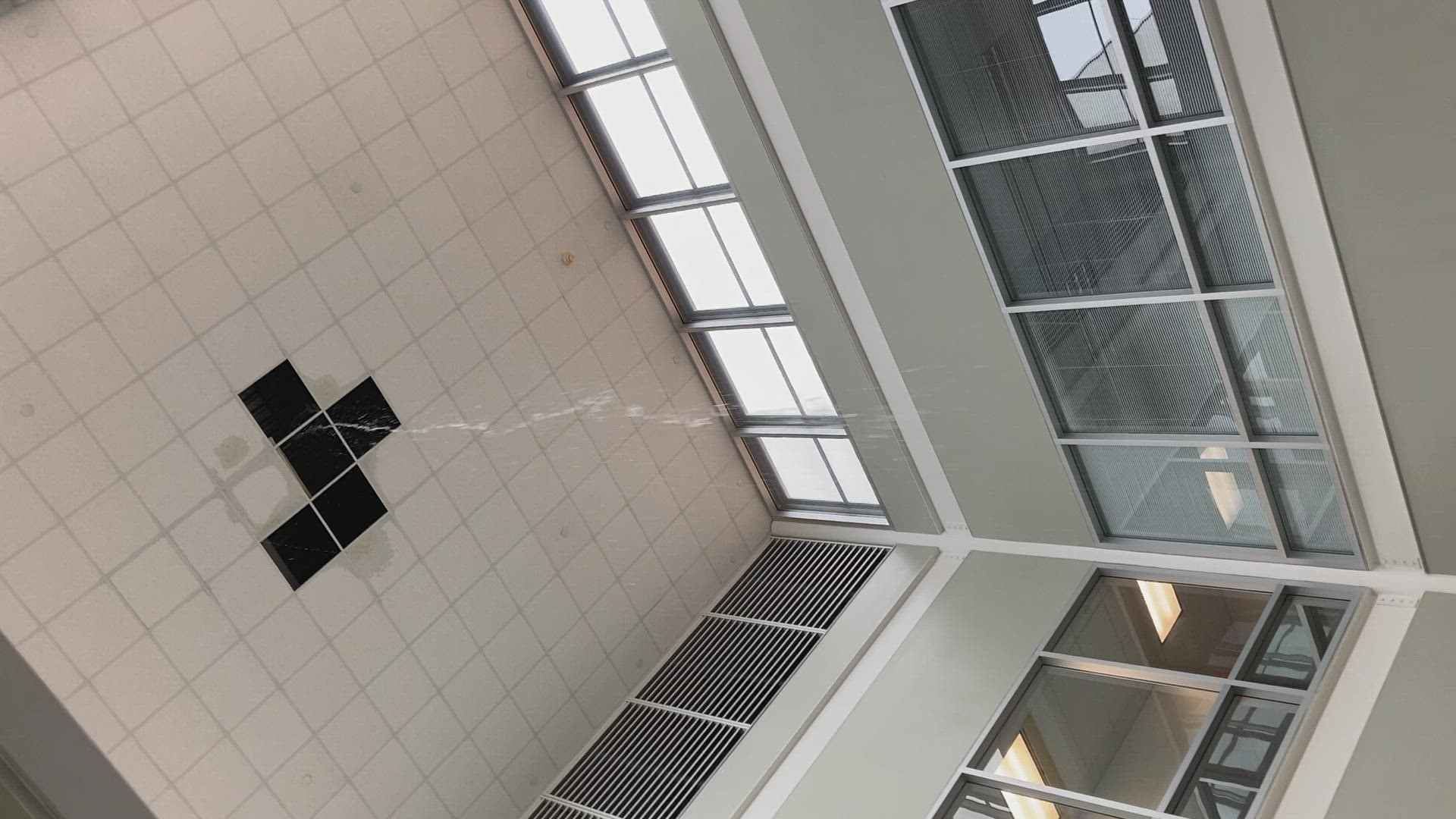 CLEARWATER, Fla — The City of Clearwater Municipal Services Building had a downpour of its own Tuesday as scattered storms brought heavy rains to the Tampa Bay area.

An unexpected water leak from the building's ceiling has forced the front lobby to temporarily close. The city says morning showers were to blame for the leak that saturated the lobby area.

Video from the city shows broken ceiling tiles on the building's floor and a stream of water coming from where they were once situated.

"City services remain open, and you can conduct business online or over the phone," the city tweeted.

Rounds of heavy rain have fallen over the Nature Coast all morning with more scattered showers and storms closer to Tampa Bay.  10 Tampa Bay's Grant Gilmore says the chance for rain will remain relatively high across the region through the majority of the day.

Scattered showers and storms will begin to fill back in as we go into this afternoon. We've had a little bit of a break, but the rain in the Gulf will move east as more storm develop with the afternoon heat. Don't leave the umbrella behind! pic.twitter.com/nVygUBMekN