CSX plans another railroad repair, this time in St. Petersburg

Mayor Rick Kriseman tweeted his frustration about the upcoming -- and sudden -- closure. It comes after several closings and traffic issues in Tampa. 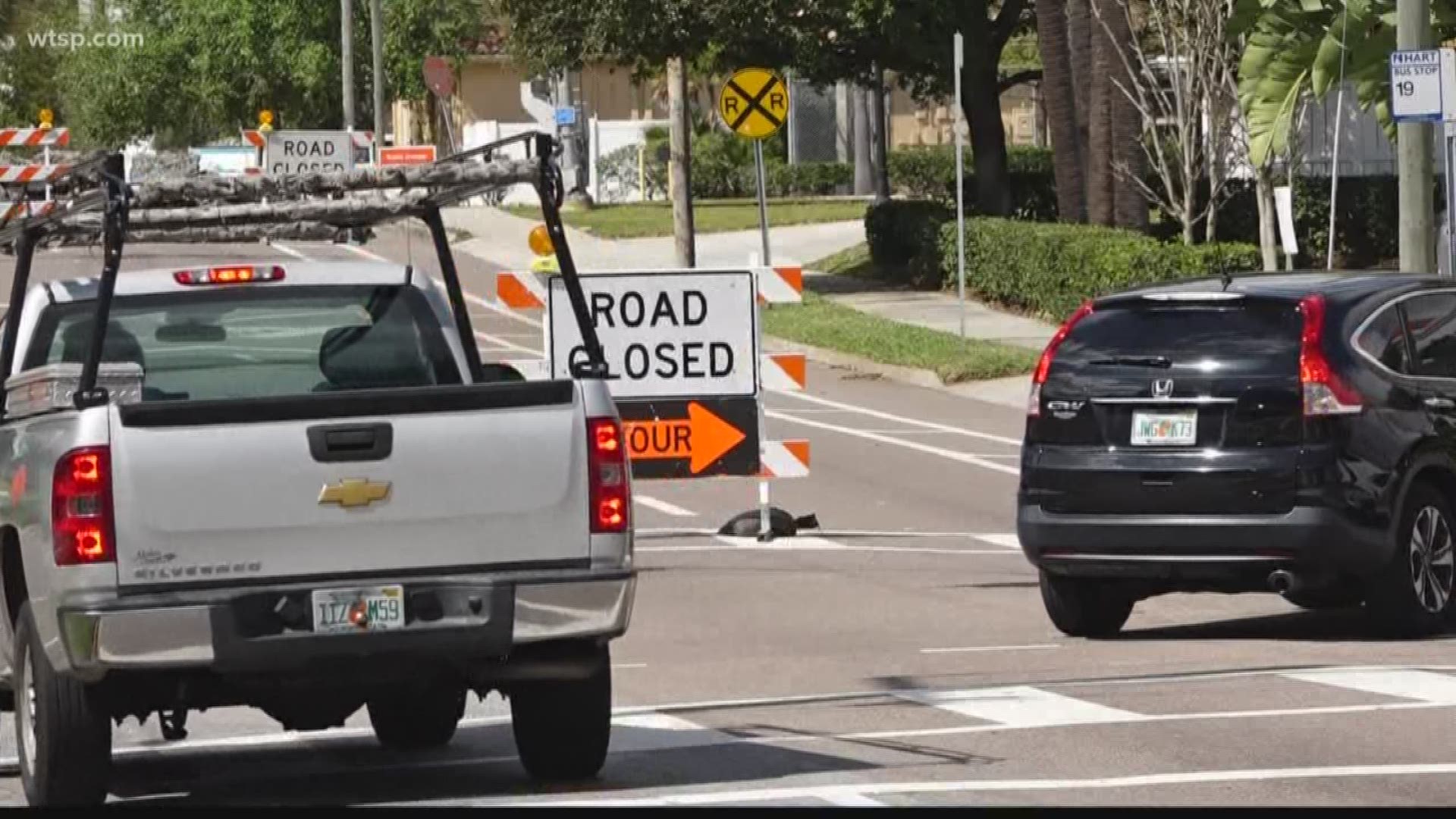 ST. PETERSBURG, Fla. — Here's a heads up: A major stretch of roadway will close as repairs are made to a railroad crossing and the maintenance starts Monday.

It's a bit more than what was provided to St. Petersburg Mayor Rick Kriseman. He says the railroad company, CSX, gave the city "zero" business days to prepare residents for the upcoming closure.

The closure will be along 22nd Avenue N. between Interstate 275 and 25th Street, according to Pinellas County Public Works.

Kriseman tweeted: "I regret to report that @CSX has given us zero business days to prepare our residents for a major street closure on 22nd Ave N between 275 and 25th St. Work begins Mon AM. Very disappointing and frustrating but I thank all media in advance for spreading the word, helping us out."

A list of detours is expected to be published later.

Pinellas County's website shows several other railroad projects in Pinellas Park and West and East Lealman, but those projects might already be wrapping up.

Tampa drivers were caught up in a couple of days' worth of traffic jams earlier in the week when CSX conducted similar work on its railroad lines. "No heads up, no nothing," driver Keith Staggers told 10News.

The city said a CSX subcontractor did not tell City Hall about its maintenance plan and just went ahead with the work. After some time, city workers were able to put up signs and barricades to help guide traffic.

"I spoke to the vice president of CSX and, of course, they contract out the work, but still, they took ultimate responsibility for it," Mayor Jane Castor said.

RELATED: Railroaded by repairs: Tampa drivers are dealing with gridlock