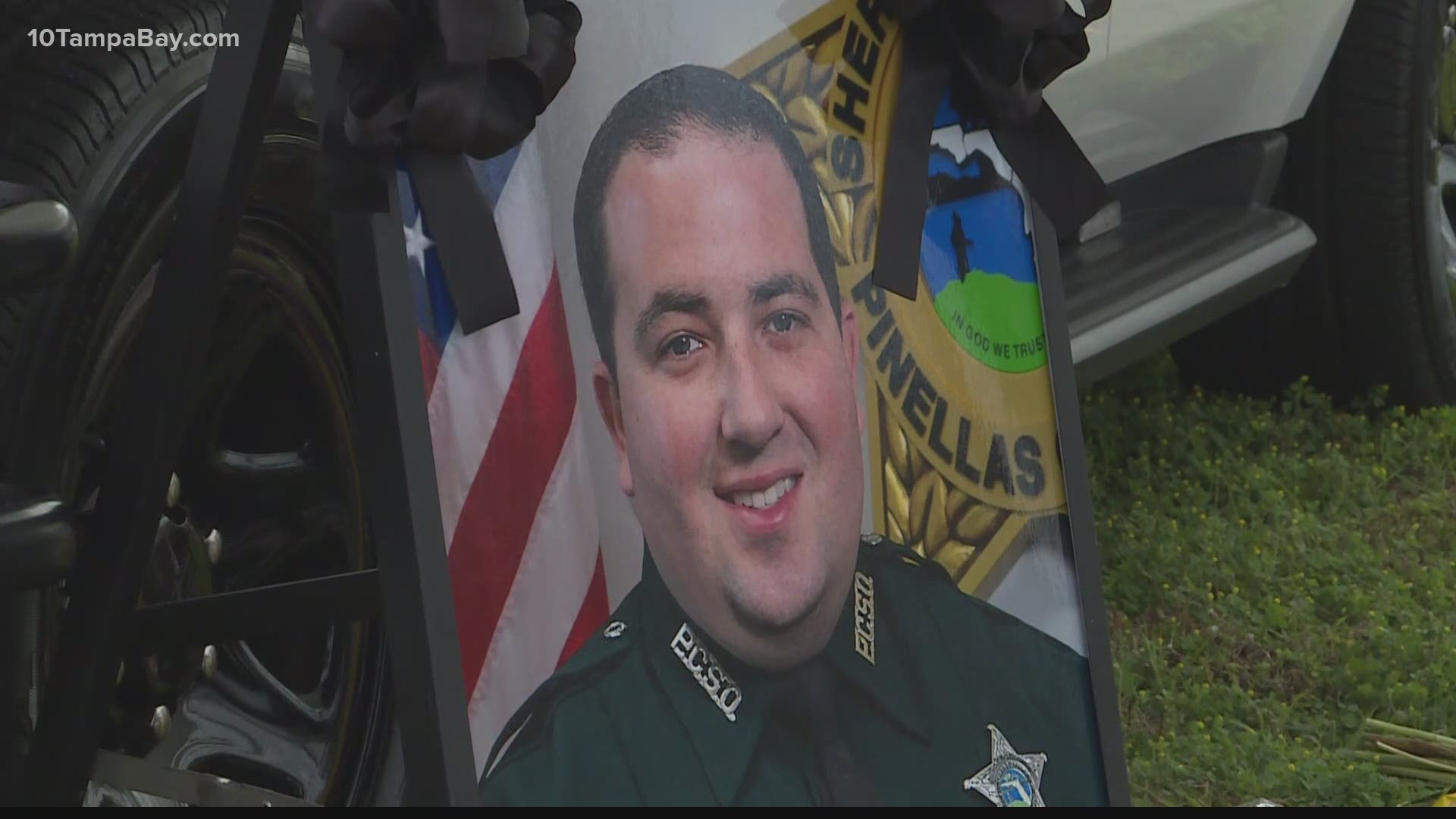 CLEARWATER, Fla. — A memorial fund has been created to help the family of Pinellas County Deputy Michael J. Magli.

The Pinellas County Sheriff's Office says anyone who wants to donate can do so at any SunTrust banking location.

Magli was killed Wednesday in Tarpon Springs while he was trying to stop a suspected drunk driver.

He had worked for the sheriff's office since 2013 and was just 30 years old. He leaves behind a wife and two young children.

Funeral arrangements have not yet been set for Deputy Magli.

Since the Pinellas County Sheriff's Office was established in 1912, one of the agency's deputies had never been killed in the line of the duty – until Wednesday.

Robert Allen Holzaepfel, 33, is accused of hitting and killing Deputy Magli. He faces multiple charges related to the crash, including first-degree murder.