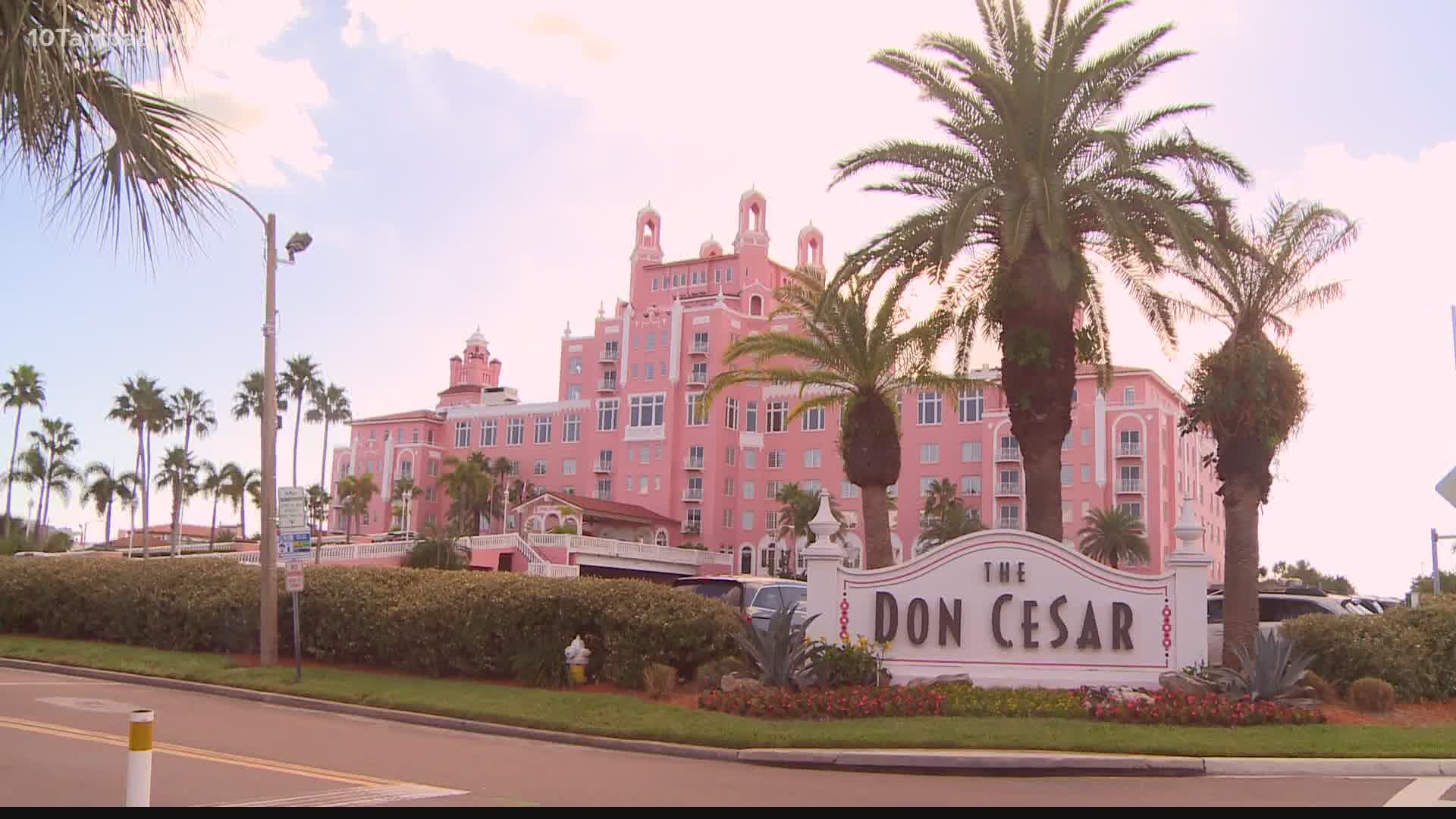 The Florida Foundation for Architecture's 2020 People's Choice Award went to the St. Pete Beach staple. It was voted on by a panel of architects who study design for historic hotels. The Don was picked for its Spanish and British colonial influences.

Built as a tribute to his lost love, Thomas Rowe opened the Don CeSar on St. Pete Beach in 1928. In 1940, Rowe suffered a heart attack and died suddenly in the lobby of the hotel. His estranged wife inherited the Don.

In WWII, the hotel was purchased by the U.S. Army and served as a sub-base hospital and then a convalescent center for airmen who returned from their tours, according to the hotel's website. The Army continued to own the building until 1969. During that time, it gradually fell into disrepair.

After several years and millions of dollars put into restoring the magnificent hotel, it was named to the National Register of Historic Places in 1974.

The hotel has been featured in several films and music videos throughout the years.

Find out more about the hotel here.