Volunteer groups say only one type of bird, the red knot, was found. 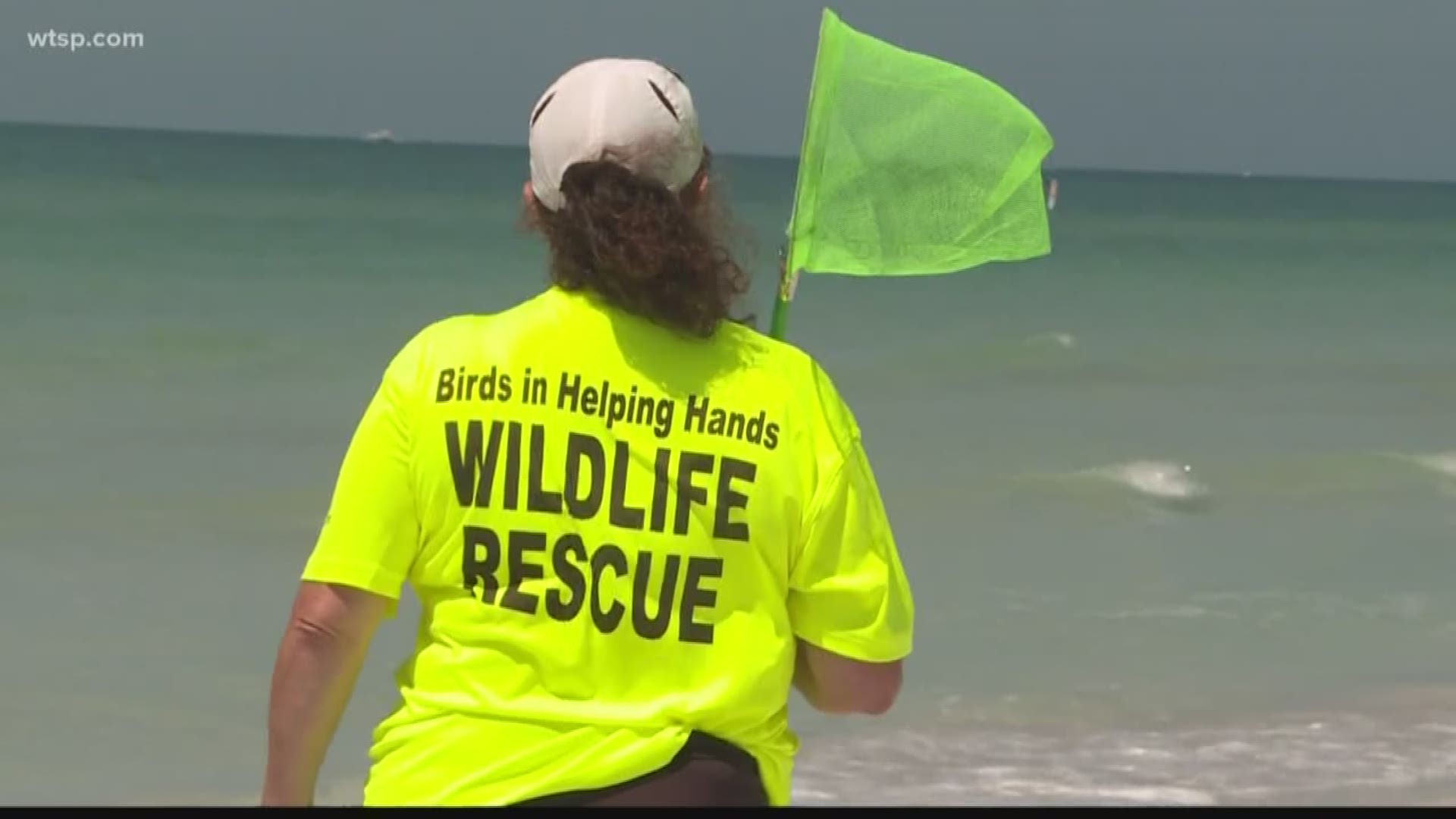 The birds were found lying listlessly on Indian Rock Beach this weekend. They were so weak, none of them tried to fly away when people came near.

Volunteers with Seaside Bird Sanctuary, Birds in Helping Hands and the Owl's Nest Sanctuary for Wildlife worked to carefully collect all of the birds so they can be treated by Busch Gardens veterinarians.

It's not clear what made the birds sick. By the end of the day Saturday, four red knots had died and 39 others were toxic and needed care, Owl's Nest said.

Sunday morning, volunteers said at least five of the birds were standing and eating on their own.

Owl's Nest said the population of red knots is quickly declining. They travel more than 10,000 miles from the Arctic during the migration season. The birds usually only stop along the Delaware Bay to eat horseshoe crab eggs.

Volunteers say if you see any of the sick birds, contact one of the local wildlife rescue groups so it can get the care it needs.

RELATED: This pelican was emaciated and found covered in cooking oil before being rescued

RELATED: Why are so many dead birds being found in this area of Manatee County?