The latest ruling in the case deemed the fines were not unconstitutional. 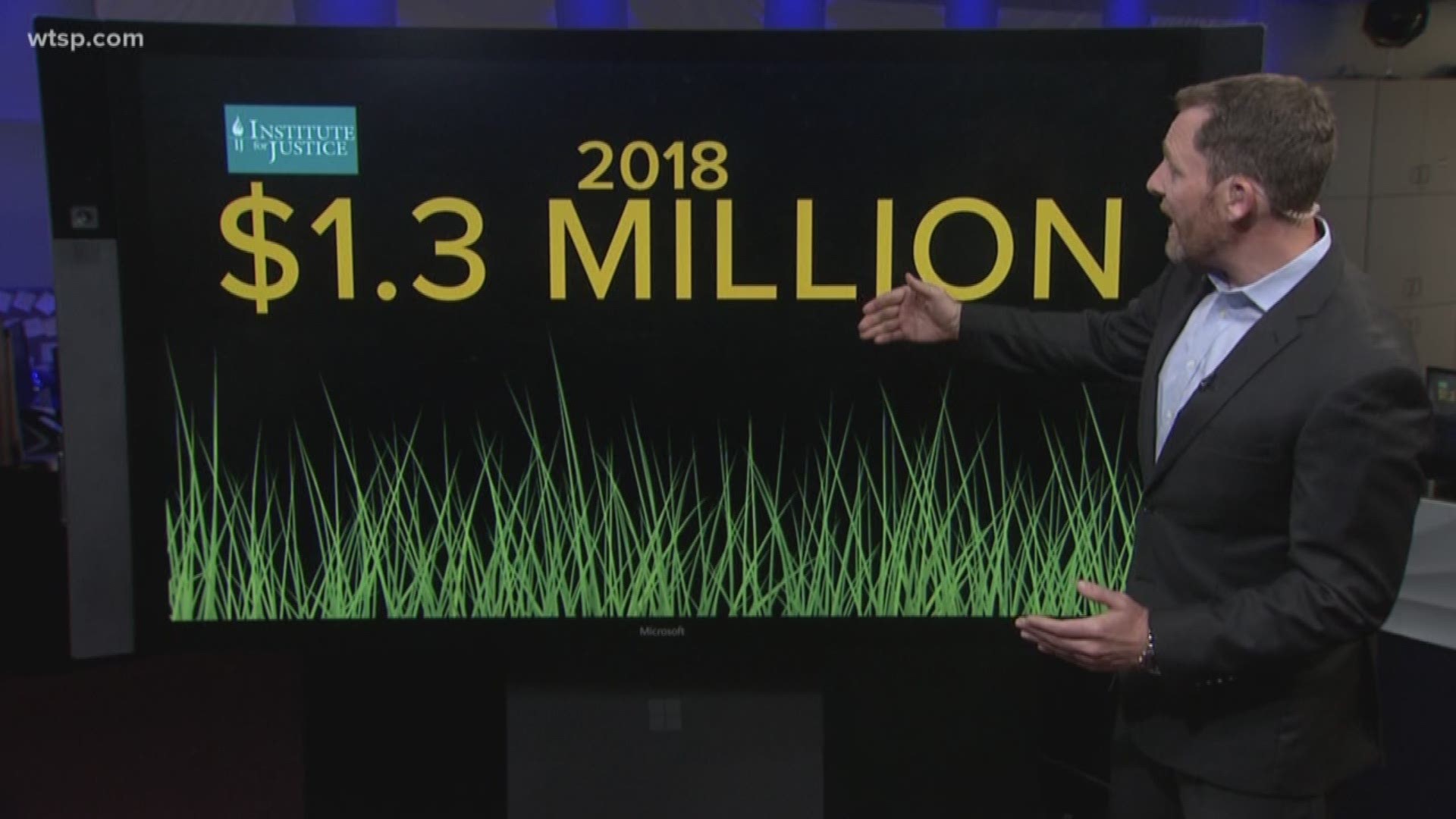 DUNEDIN, Fla. — Editor's note: The video in the player above is from 2019 when Jim Ficken first shared his story.

After a two-year legal battle over a Dunedin man being fined close to $30,000 for letting his grass grow too tall, a federal judge ruled Monday that the property owner will have to pay up.

But things aren't over just yet. The Institute for Justice, which represents owner Jim Ficken says it plans to appeal the district court's decision.

"If the decision remains intact, it will mean that local governments can impose maximum fines for petty code violations without first providing notice that the fines are accruing," it wrote.

But the City of Dunedin tells a different story, telling 10 Tampa Bay back in 2019 that Ficken had been warned about the long grass many times before.

At the time, the city also sent a list of 15 violations dating back to 2007 for the home on Marion Lane. Fourteen of the violations were for overgrowth. One was for a junk vehicle.

Ficken's attorney's claim he was out of the state attending to his late mother's estate when a man he paid to cut his lawn died unexpectedly.

The city of Dunedin can impose fines of up to $500 per day for lawn grass that grows taller than 10 inches.

“The Constitution protects against fines that are excessive or ‘grossly disproportional’ to an offense,” Attorney Andrew Ward said. “If $30,000 for tall grass in Florida is not excessive, it is hard to imagine what is. Yesterday’s ruling is wrong on the law, and we will be appealing.”

Ficken's story gained national attention over the years and left the city subject to backlash, hate mail and death threats, according to officials.

"We have an obligation to not only deal with the person who is violating but to protect those that live next to them and on their street and in their neighborhood," Mayor Julie Bujalski said during a 2019 interview with 10 Tampa Bay.

We reached out to Dunedin for comment on the latest ruling in the case. The city sent the below statement on Thursday.

“The City of Dunedin is committed to protecting the health and safety of our citizens, and public and private investments in the community through fair and equitable policies consistent with the applicable law. While the City has prevailed in this case, the City has undertaken a thorough and careful analysis and review of its code enforcement policies and procedures. The current policies reflect modifications emphasizing compliance over enforcement. The Federal District Court has issued a thorough and detailed judgment endorsing the City’s legal defenses to Mr. Ficken’s case. We appreciate the time the Court took to carefully review the record and legal arguments to reach its conclusions based on an informed understanding of the relevant facts and law. The Federal District Court’s order held the City did not violate Mr. Ficken’s state or federal constitutional right to due process or impose unlawful fines. This is consistent with the legal findings before the City’s Code Enforcement Board, the only other body which has issued an order in this case.”