St. Petersburg police say 21-year-old K’Mia Simmons was shot while her two young children and their father were in the car on Tuesday. 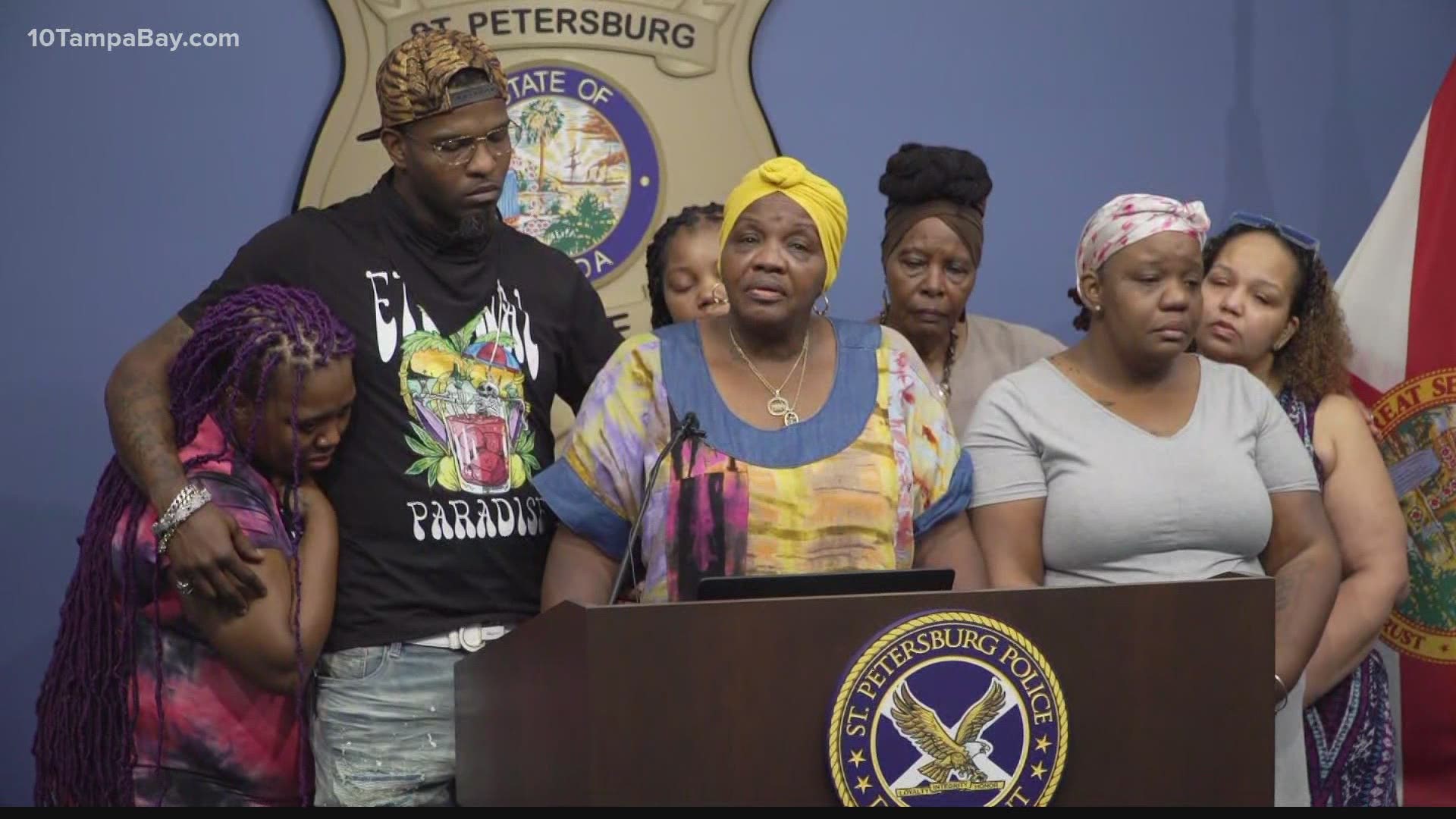 TAMPA, Fla. — St Petersburg Police say they are still searching for the gunman who shot and killed a young mom while she was in a car with her children and their father, Tuesday.

On Thursday, Simmons' family held a press conference asking for the public's help in bringing justice to their daughter.

"I'm begging you all and pleading to please come forward, don't let this go. If you know something, call," Linda Simmons, the mother of K'Mia said. "My daughter was a dedicated mother and didn't deserve this. She used her own body to protect her baby in her arms from the bullets."

Police say the gunfire struck K'Mia, but missed her baby in her arms and her 2-year-old daughter in the back seat.

"My 2-year-old niece had to watch her mom die. What kind of people would do that," K'Mia's sister Lashawn Laster said.

Simmons' family says the father of K'Mia's children was driving at the time and left her in the area where the shooting occurred. He has yet to share what happened that night with them or the police.

"You're not a man, you're a coward P.J. because any real man wouldn't have left her to die on the streets. And even if you did run away, a real man would have followed up and shared what happened. You know who did this," Lashawn Laster said.

The family asked anyone who may be protecting the gunman, or who has information, to come forward and treat their family like they would want their own to be treated.

"We just want justice for my sister. She was somebody important," Lashawn Laster said.

If you know any information regarding this case, you are asked to contact the St Petersburg Police Department.