The service will be held at Idlewild Baptist Church Tuesday. 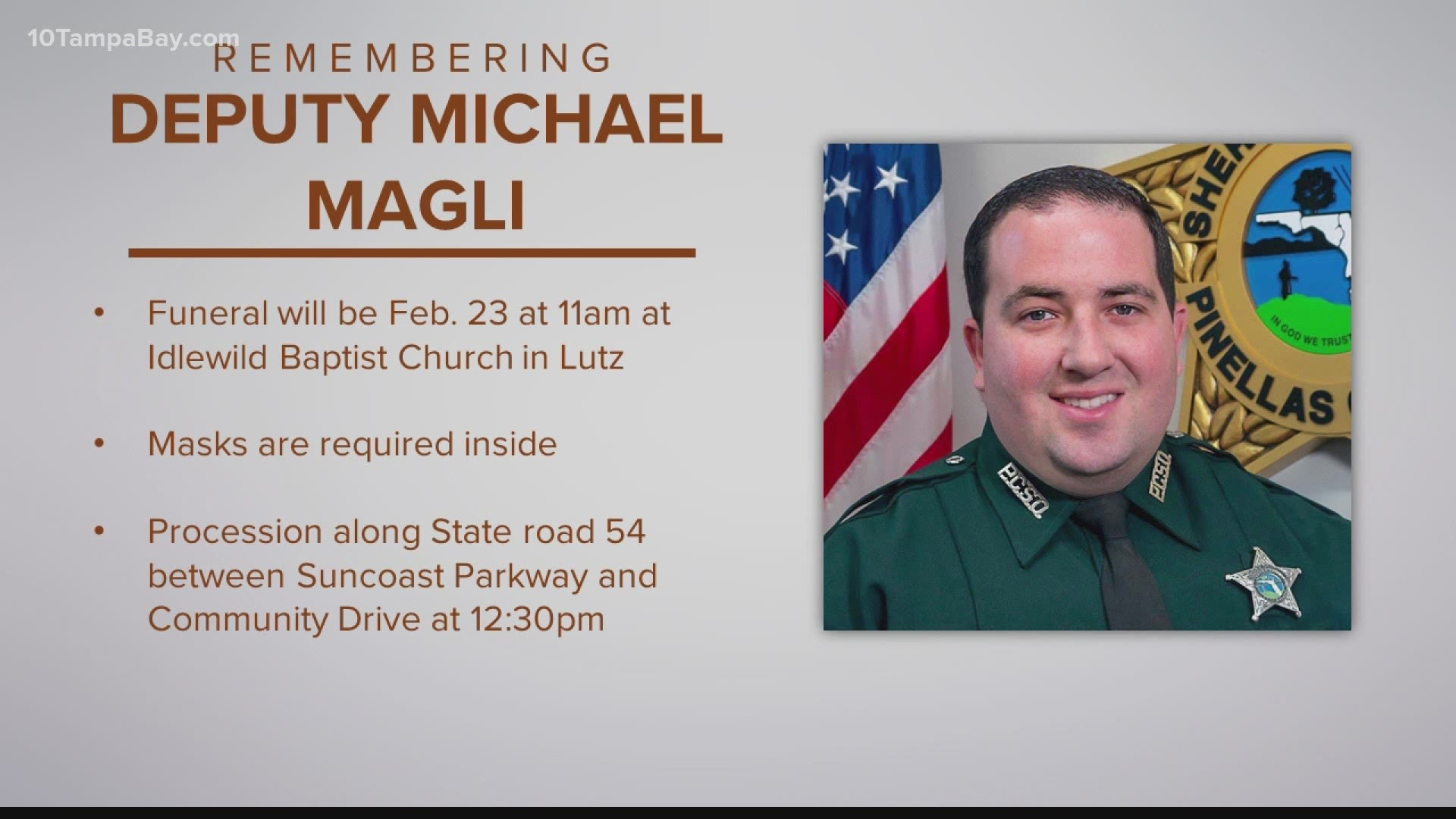 ST. PETERSBURG, Fla. — The public will have an opportunity this week to pay respects to fallen Pinellas County Sheriff's Office Deputy Michael Magli.

A funeral is planned for 11 a.m. Tuesday at Idlewild Baptist Church, according to the sheriff's office.

Those who wish to attend should know parking is limited and church capacity is reduced to follow CDC guidelines, the agency said. Masks are required inside the church and doors will open at 10 a.m., according to the sheriff's office.

Once the service is over, a special ceremony with a 21-gun salute, riderless horse, last call and a fly-over will take place.

Following the outside ceremony, a procession will take Deputy Magli to his final resting place at Trinity Memorial Gardens for a private burial with family and close friends, the agency said.

Anyone who wishes to show their support during the procession to Trinity Memorial Gardens can line the side of State Road 54 between the Suncoast Parkway and Community Drive, the sheriff's office said. You should be in place no later than 12:30 p.m., the agency says.

A webpage on the sheriff's office's site has been created to honor Deputy Magli. For more information and to leave a message for his family, click here.

Magli, 30, began working with the Pinellas County Sheriff's Office in 2013. He is survived by his wife, two young children and his parents.

"There's nothing harder. It's one of those things that you can't prepare for it. It's one of those things you have to do. To say it's a tragedy is an understatement -- there's no words that can make any sense of it, there's nothing you can express," Sheriff Bob Gualtieri said earlier this week in response to a question about notifying Magli's family.

Magli was hit and killed Wednesday evening by a suspected drunk driver, 33-year-old Robert Holzaepfel, at the intersection of East Lake and Forelock roads in Tarpon Springs. The sheriff said Holzaepfel was found slumped over and unresponsive at a red light -- he took off when firefighters smashed through his window.

One of the responding deputies, Magli, parked his car in the median and took "stop sticks" from his SUV to place on the road. As he did so, Holzaepfel's truck "spun out, flipped over and very, very violently slammed into Deputy Magli and his cruiser," the sheriff said.

Magli was pinned under his SUV and died.

Holzaepfel faces several charges including first-degree murder, DUI manslaughter, and aggravated fleeing and eluding police officers, according to online records. His blood-alcohol level reportedly registered as .230 -- about three times over the legal limit. 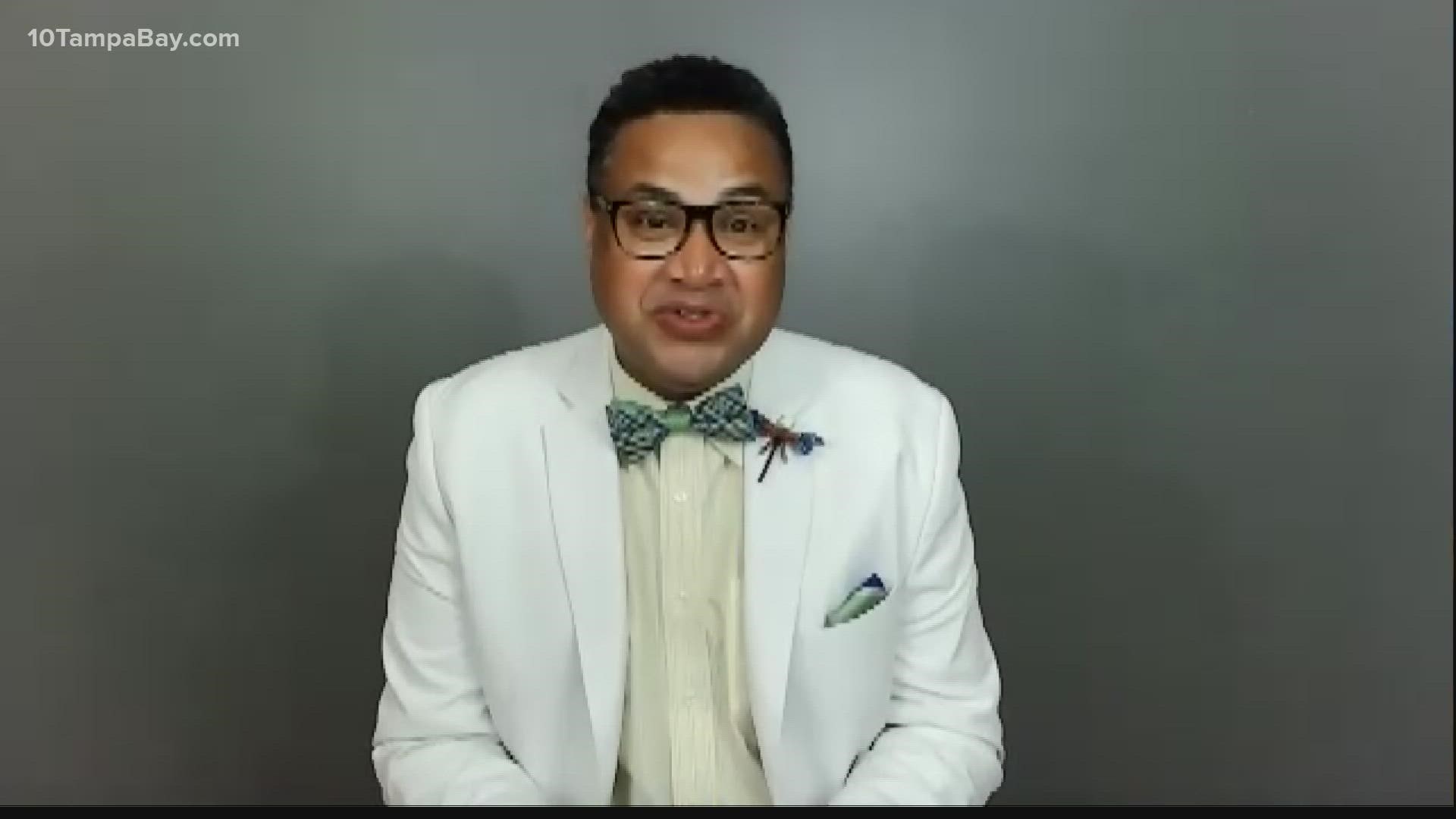