The last time a green sea turtle nest was found on a beach in North Pinellas was 2010. 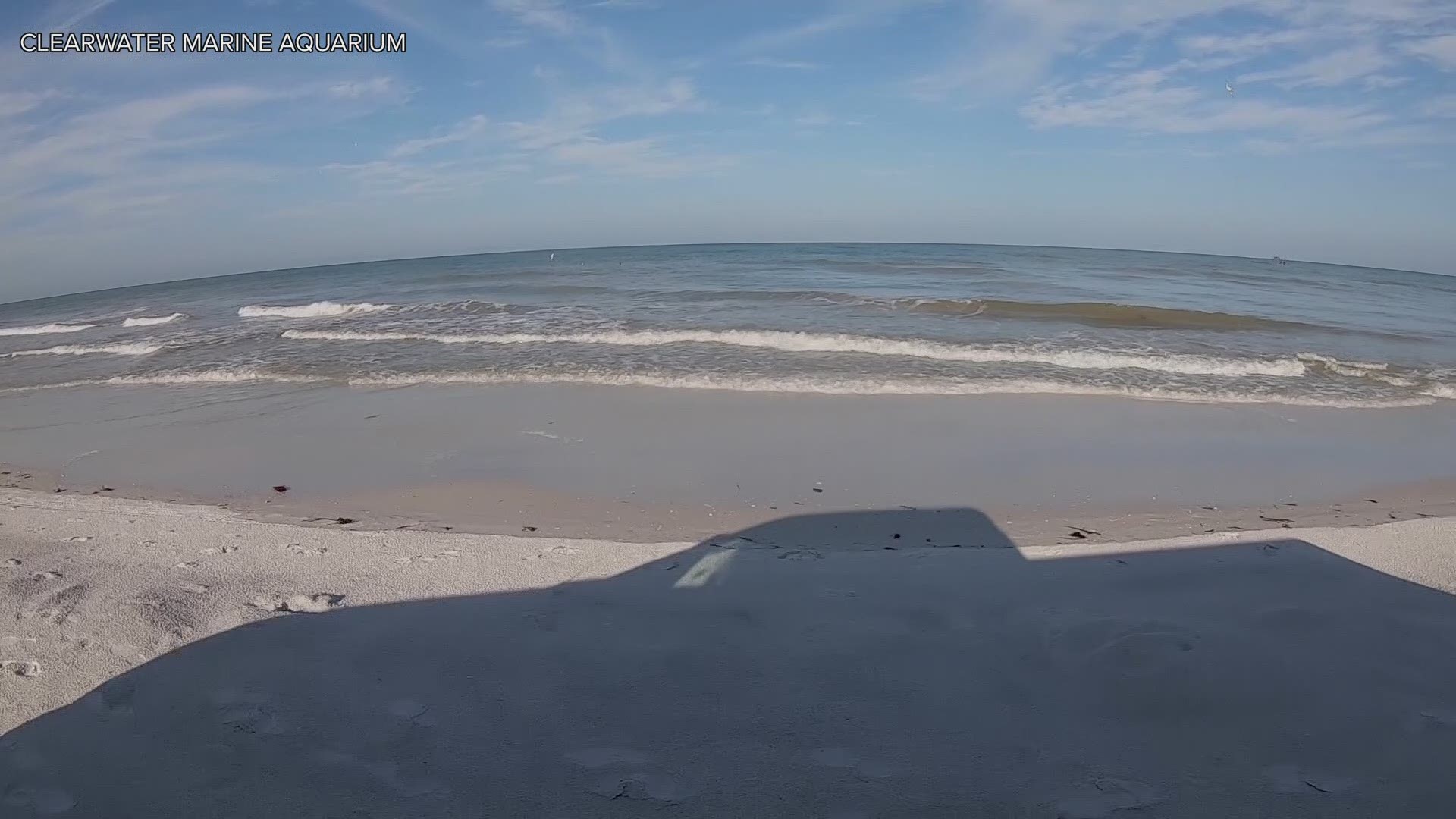 And, it's been 10 years since the last green sea turtle nest was found within the aquarium's survey area.

“This year we’ve observed over 200 nests yielding over 10,000 live hatchlings,” Sea Turtle Conservation Program Supervisor Lindsey Flynn said. “Those numbers are pretty average for what we’ve seen within our survey area over the last five years. What isn’t normal are the two green sea turtle nests we observed! It was very exciting to witness not one, but two nests successfully laid and hatch.”

The Florida Fish and Wildlife Conservation Commission said green sea turtle nesting is typically along the central-east and southeast coast of Florida.

“Because it is so rare to have a green sea turtle nest on our beaches, we are collaborating with FWC to get an idea where these greens originated from through genetic testing and stable isotope analyses,” said Flynn.

Flynn said the team pulled genetic samples from the nests and sent them for testing to compare with the nests from around the state.

"This will give us an idea of the connection to sub-populations and how they relate to one another," Flynn said.

CMA said Flynn's team increased its observation area to 21 miles of beach this season, stretching from Dunedin Pass through Treasure Island. The crew of 24 staff and volunteers monitored all 21 miles of beach, seven days a week, April 15 through Oct. 31.

On land, beach development can degrade their nesting habitats and increased artificial lighting can caught hatchlings to move toward the lights instead of the ocean.

It is illegal in Florida to take, possess, disturb, sell and harass marine turtles, nest or eggs.