Humans are good: People hurry to save 5 beached pilot whales

There's actually a lot of good in this world -- and these pictures will prove it. 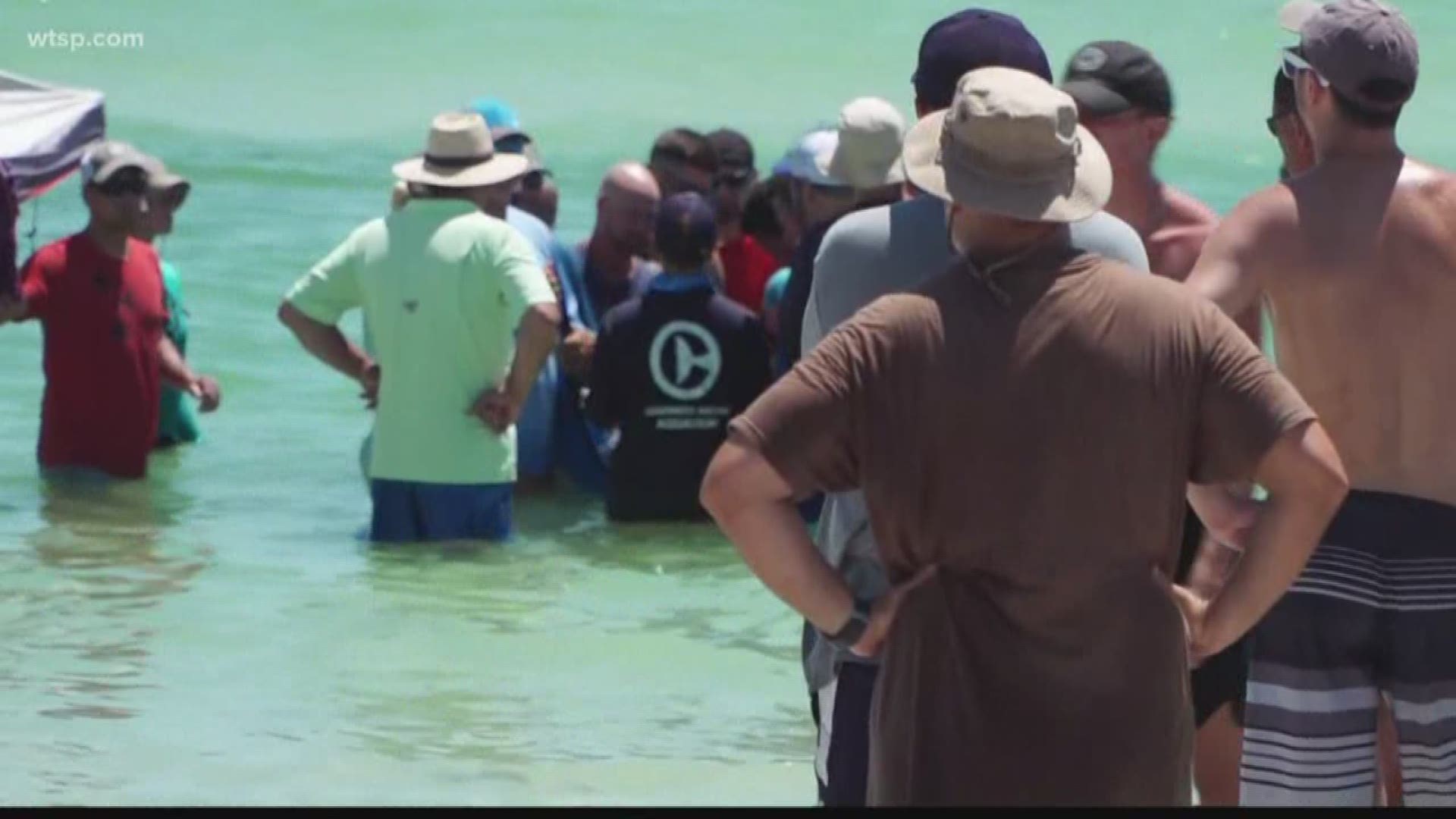 REDINGTON BEACH, Fla. — There's good happening every day. On Monday, that was obvious in Tampa Bay.

True, it was scary at first -- and what was "good" about it? Five pilot whales beached themselves on Redington Beach, and time was of the essence to get the mammals back into deeper water before they got a certain sunburn -- or worse.

We don't yet know why it happened, but we know how good -- even great! -- things happen when people come together.

Wildlife photographer Doc Jon caught the moments through his camera lens (click or tap here if you cannot see the photos):

"I was contacted by a lot of people on Facebook who follow my wildlife photography and rescues. ... I started shooting the photos and documenting the rescue which lasted all day," Jon said. "It was incredible to see the teamwork of Clearwater Marine Aquarium, FWC and Mote working together like a well oiled machine.

"Watching the crowd grow as the special boats pulled in to return the whales i was choked up. Incredible what we can do as humans when we just care and we try."

The five whales couldn't have been saved without the crowd of people and all its might. They might not have had a chance without the tents blocking out the sun and rescuers with boats able to take them to the deeper waters of the Gulf of Mexico.

In the hours that followed and all that was done, we know this: The five distressed whales, hopefully, will be all right. Three of them were transported far from the coastline and into the gulf, while two others were transported to Clearwater Marine Aquarium's new stranding area at Fred Howard Park in Tarpon Springs.

Aquarium CEO David Yates told 10News for that couple, it appeared the whales were "swimming fine" and there were no apparent major issues.

When Joe Malo got the call to go out and assist Clearwater Marine Aquarium team, he was happy to help. He was working as the videographer with the group but says the rescue ended up being hands on, even for him.

“It’s always a little unnerving, it’s a stressful situation for them,” Malo said. They set out to the three male, adult whales, which ranged from 10-15 feet long, back into the ocean.

“The plan was to go out 10 miles because these animals do well navigating deeper water,” Malo said. 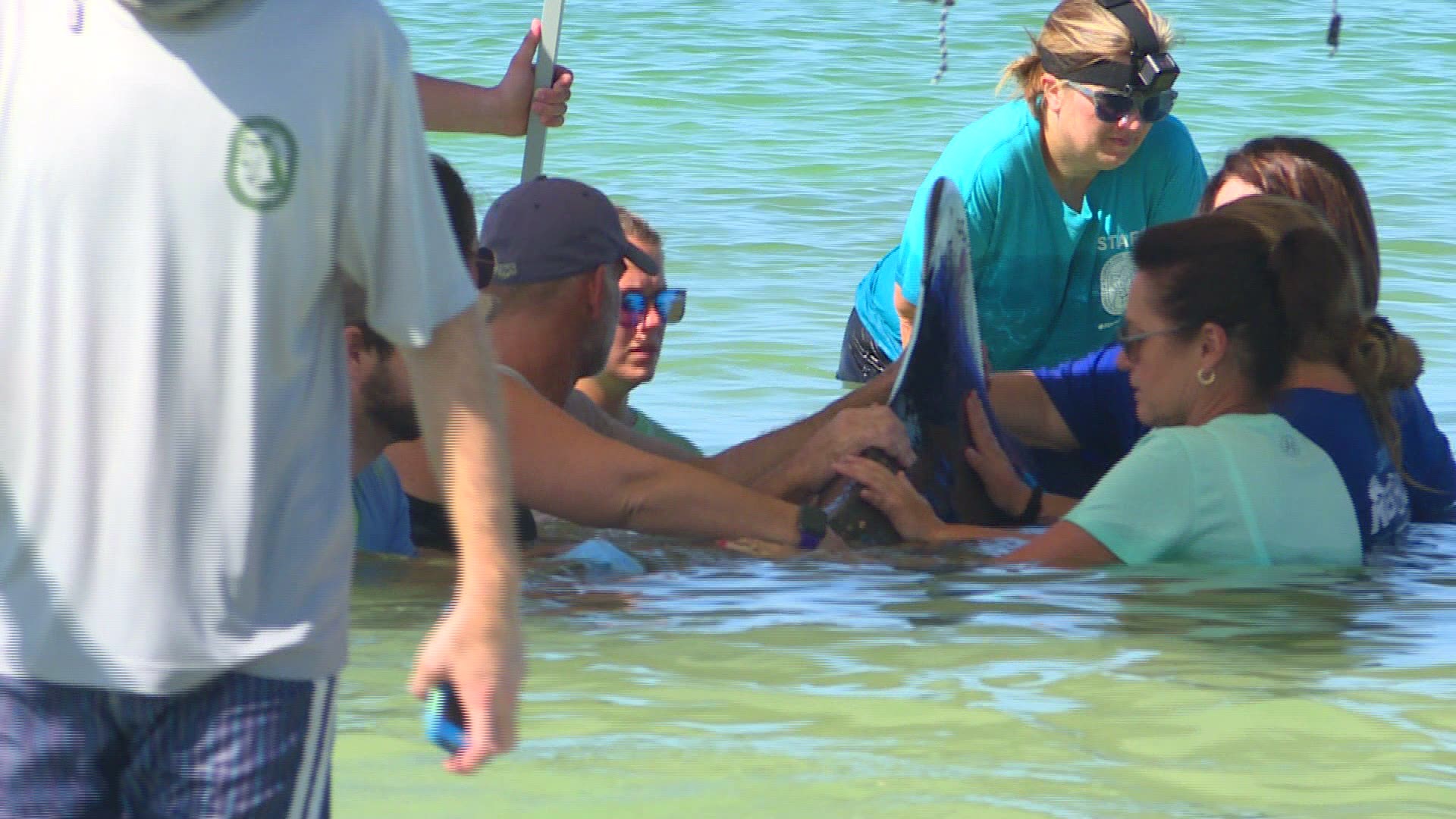 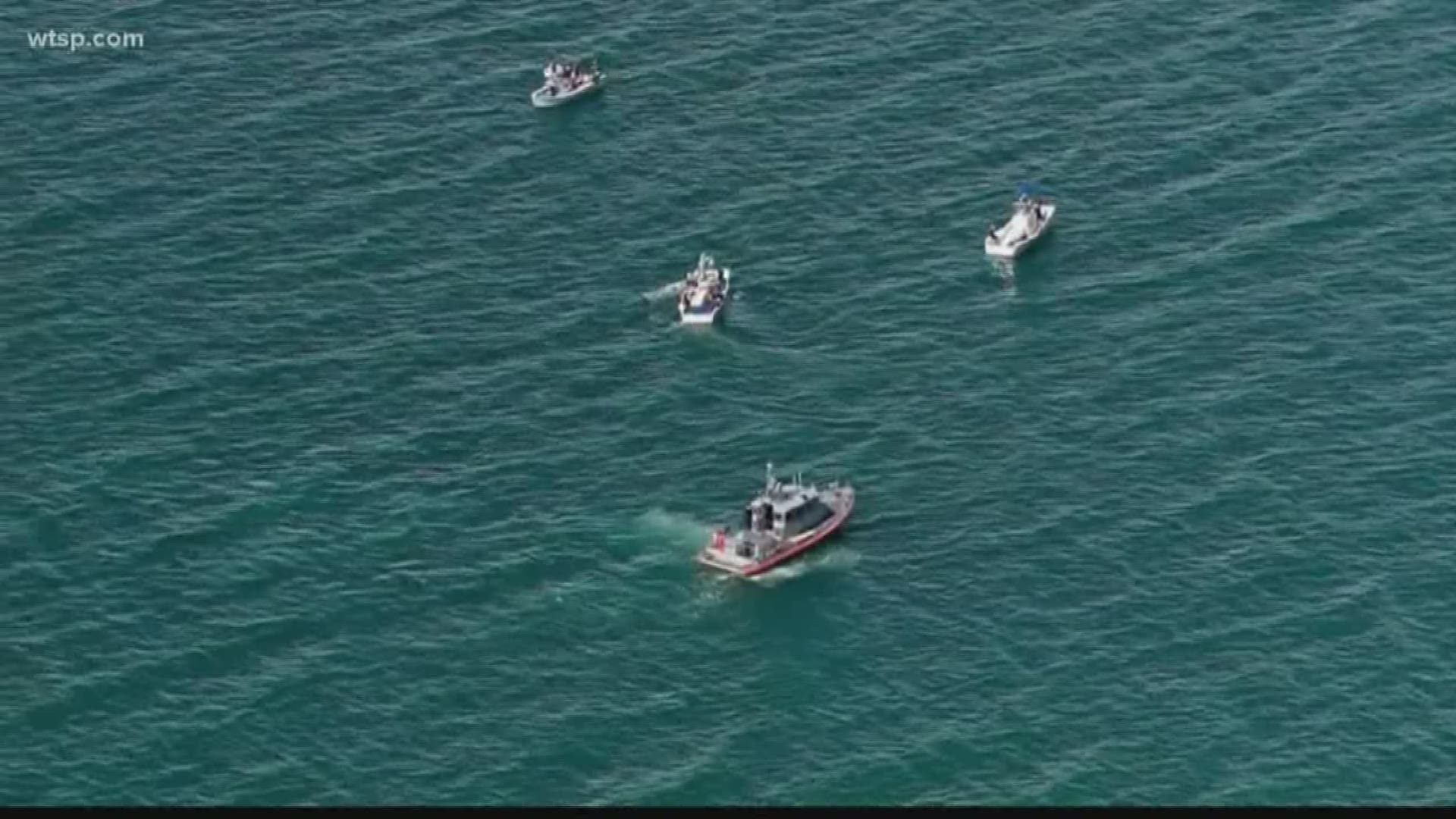 Despite the good weather and conditions, the experienced team realized they were in trouble when they could tell the whales were showing signs of stress.

"... We decided to around 5 miles, just to be in the safe side let’s put them in here," he explained.

Despite the decision to drop them off early, he says they were all OK once they were back in the water.

When people come together, great things can happen. 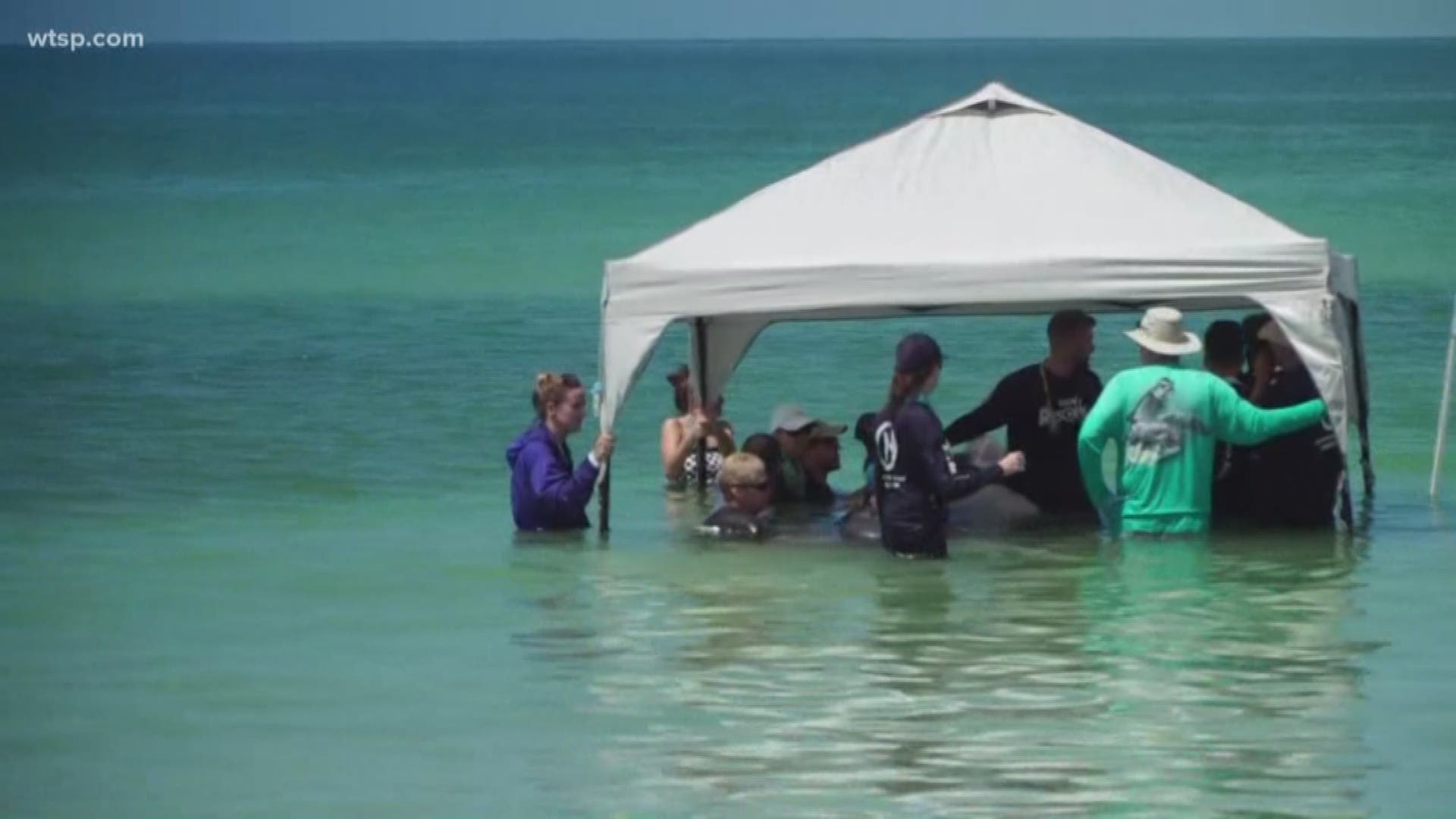