Javarick Henderson Jr. is charged as an adult and is being held in jail without bond. 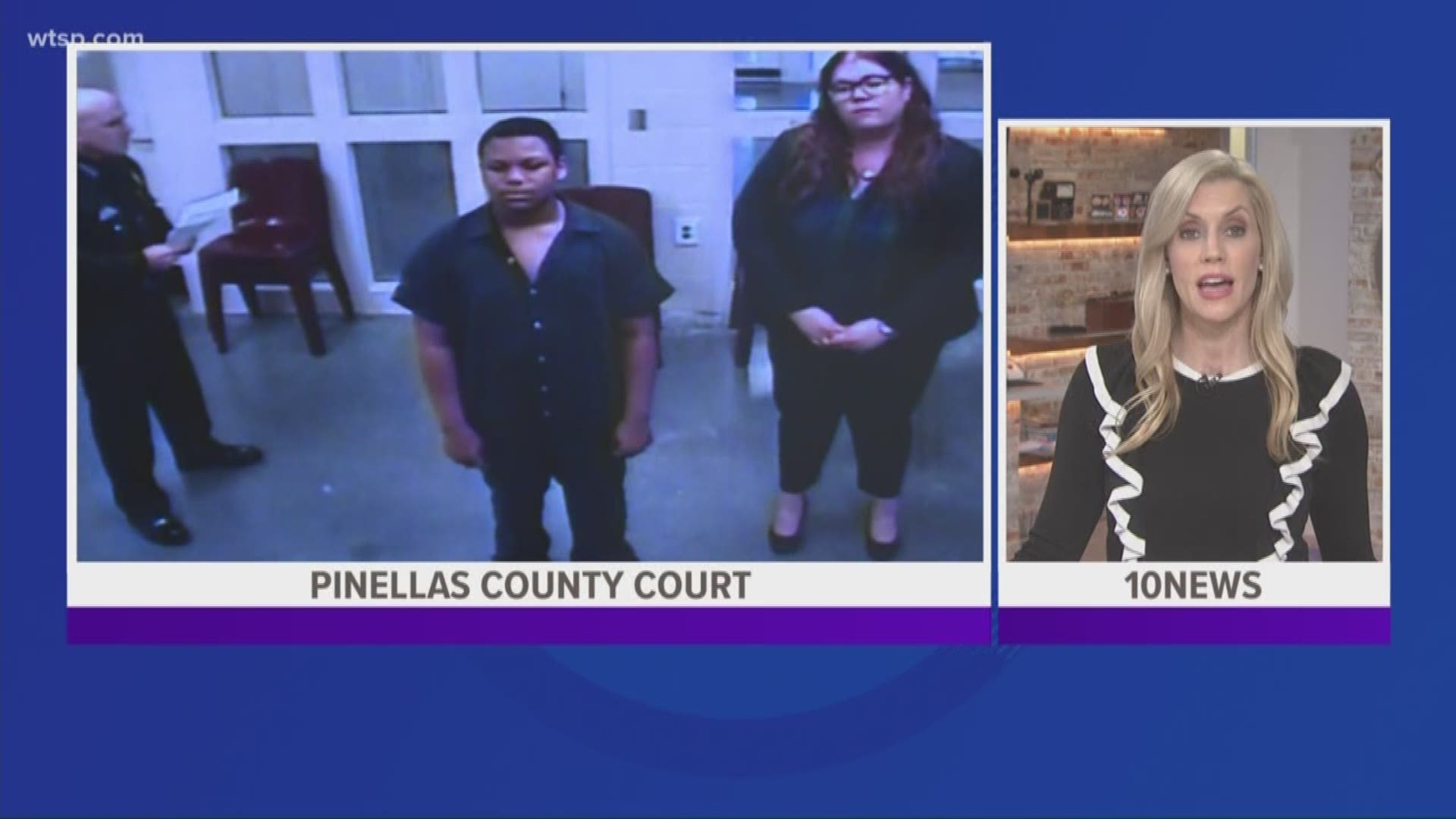 ST. PETERSBURG, Fla. — A 13-year-old boy has been indicted on a first-degree murder charge in connection with the death of his grandmother.

Javarick Henderson Jr. is accused of stabbing his grandmother, Gloria Davis, to death on Nov. 25 in her St. Petersburg home.

He was arrested that day on a second-degree murder charge. He was indicted on the first-degree charge on Friday.

Investigators said they have no motive for the killing.

A close friend and neighbor, Mequel Mobley, said Davis enjoyed spending time with her grandchildren and never complained of any problems.

"She would get them for the weekend, take them ice skating, ride with them, do everything with them," Mobley said. "She just liked to have fun with them."

Credit: 10News WTSP
Javarick Henderson, Jr. makes his first appearance in Pinellas County court on a first-degree murder charge. The 13-year-old is accused of stabbing his grandmother to death inside her St. Petersburg home.

RELATED: Police told him his mom was murdered, and his 13-year-old son killed her. He doesn't know what to do