The program aims to focus on the root causes of spiking gun violence in the area. 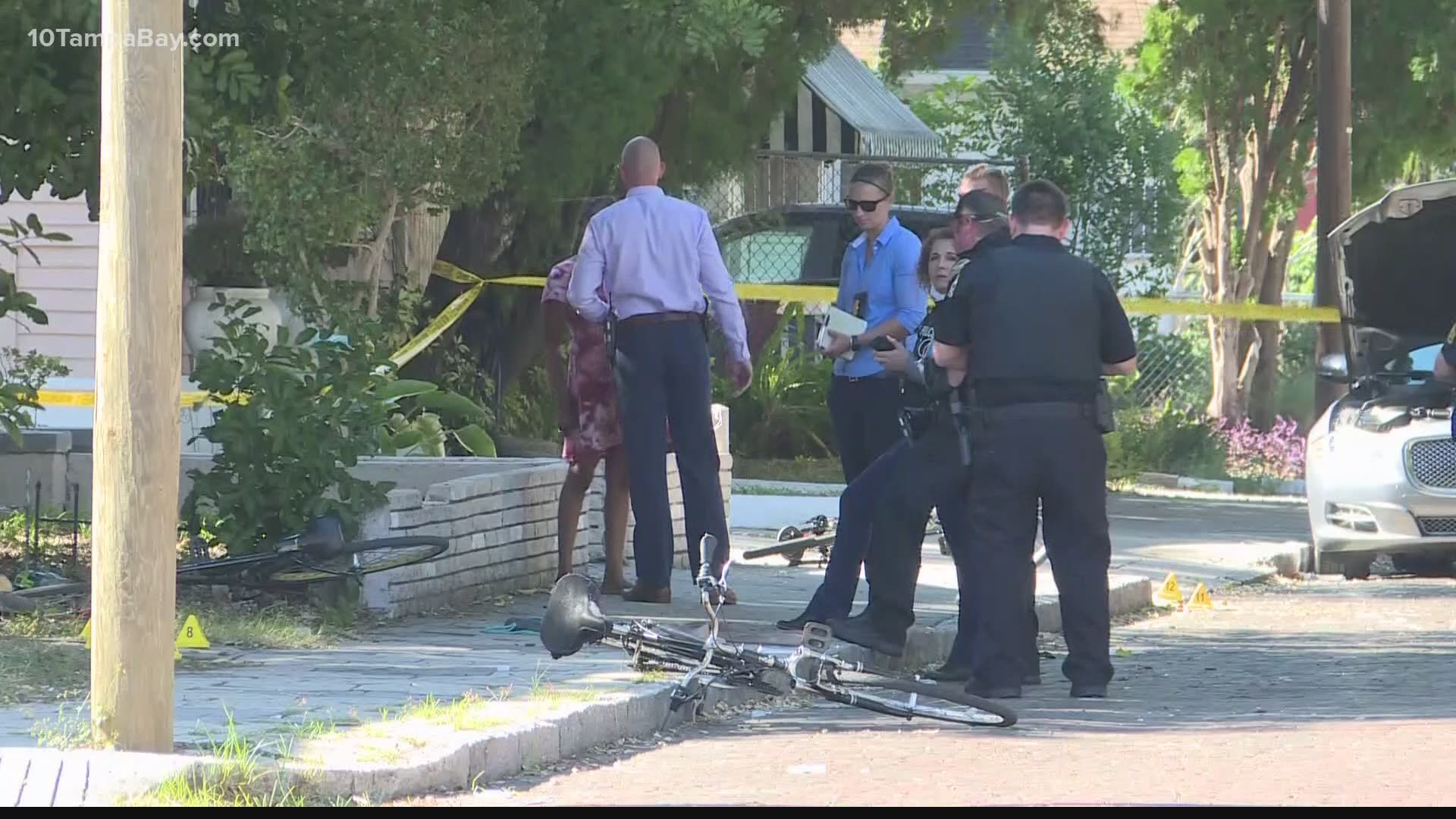 ST. PETERSBURG, Fla. — Enough is enough: It what St. Petersburg leaders have said over and over again after a string of shootings in the south part of the city.

Now, it is the theme of a new campaign addressing the root causes of spiking gun violence in the area.

This month alone, three people have been killed by gunfire, and within a 24-hour period this week, five people were shot. Community leaders now say they're taking matters into their own hands just one day after Police Chief Anthony Holloway told 10 Tampa Bay his department faces limitations.

"Law enforcement only can do so much. Now it's time for the community to have that conversation,” he said.

Most of the violence is happening in councilmembers Deborah Figgs-Sanders' and Lisa Wheeler-Bowman's districts -- areas that are mostly African American, have the city's highest concentration of poverty, some of the lowest-performing schools and now the highest rates of COVID-19.

"Enough is Enough" is going to be more than a campaign is going to be a movement,” said Figgs-Sanders, who is leading the new effort with Wheeler-Bowman.

There will also be support for local businesses. According to the Giffords Law Center to Prevent Gun Violence, areas with high levels of gun violence suffer from economic oppression, lower property values and poor overall health.

“We don't want to lose another life,” Figgs-Sanders said. "This has gotten to an extreme level of concern for a lot of our homeowners, especially along that strip."

She's referencing the 16th Street South Corridor, where 23-year-old Arnieceia Milton was killed by a stray bullet on Nov. 15.

"Within that strip from 15th Avenue all the way to 18th Avenue where on a Friday, Saturday night, you can have anywhere from three, four or 500 people out all times at night, and they're partying and having a good time,” Figgs-Sanders said.

Until someone pulls out a gun.

"We don't want to have additional shootings. So, we're working really hard to come up with an additional plan for intervention in regards to not only just gun violence but violence in our communities,” Figgs-Sanders said.

The "Enough is Enough" campaign officially kicked-off at Saturday, Nov. 28, with a march starting at the corner of 16th Street and 18th Avenue South.