Alexis Jolley, 19, called a relative to say she was safe in Omaha, Nebraska, where her 46-year-old mother, Angela, had died. 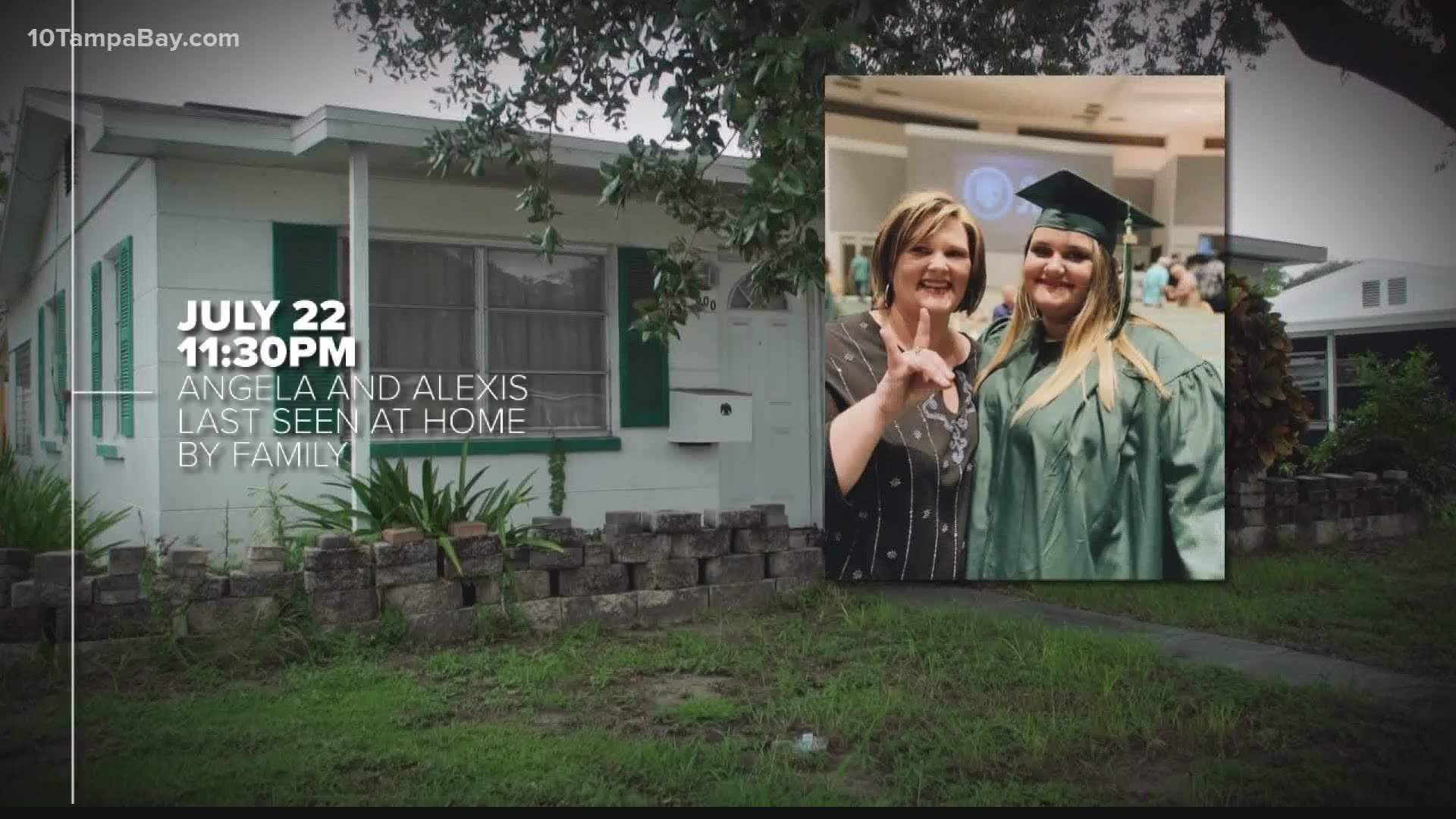 ST. PETERSBURG, Fla — Relatives of a mother and daughter missing for a week were headed nearly 1,500 miles away Wednesday night to where the two ultimately wound up.

Earlier in the morning, St. Petersburg police say 19-year-old Alexis Jolley called a relative to say she was safe in Omaha, Nebraska, but that her 46-year-old mother Angela had died.

The pair was last seen at home by family on the night of July 22. But when Angela didn’t show up to work at 6:30 the following morning, her supervisor called police and the search began.

Family and friends spent the past weekend searching areas in St. Petersburg where the two often went.

On Tuesday, investigators revealed evidence showing the two had not been kidnapped or attacked. Police said it actually appeared they’d left on their own.

“At approximately 6:30 a.m. on the morning they are reported missing, we have them on camera, at their residence, cleaning out the car and calmly loading themselves and the dogs into the vehicle,” Sgt. Kevin Haemmelmann said during a press conference.

The mother and daughter were recorded on an ATM surveillance camera around 6:50 the morning they disappeared at a credit union near their home.

From there, they hit the road headed north, police said.

The two were spotted one last time the morning of July 24 driving through Memphis, Tennessee.

“At no point in this investigation thus far have we had any reason to believe that Angela or Alexis have been harmed," Haemmelmann said Tuesday, at the time pleading to either of them to contact police.

On Wednesday, contact was made when police said they learned the two had decided last week to drive to Nebraska. Alexis called a relative who alerted police.

Early Wednesday morning in Omaha, Angela reportedly had a medical episode and later died after she was transported to the hospital. Alexis was with her mother at the time.

“We as a family just want everyone to know that Angela did pass away from a medical issue,” said Alexis’ sister, Desiree Cook. “We are not ready to disclose other details, we want Alexis to have time to heal, and for her to be the one to let the public know.”

Cook said the family wanted to thank everyone for their support during this past week and asked for continued prayers.

Thursday morning, St. Pete Police released an update on the case. According to law enforcement, the Sarpy County Sheriff's office and Gretna Fire Department were dispatched around 6:40 a.m. to a call about a woman who had fallen at a Quik Trip.

Emergency crews said they found 46-year-old Angela Jolley conscious and breathing. When they were talking to her, she collapsed and was taken to Midlands Hospital, where she died.

St. Pete Police say the Sarpy County Sheriff's Office has been in contact with the department in Florida since Jolley was listed as missing and endangered.

"The investigation is now concluded and found no foul play to be involved and the death is medical in nature," St. Pete Police said in a release.