The person had a loaded gun in his waistband, according to police. 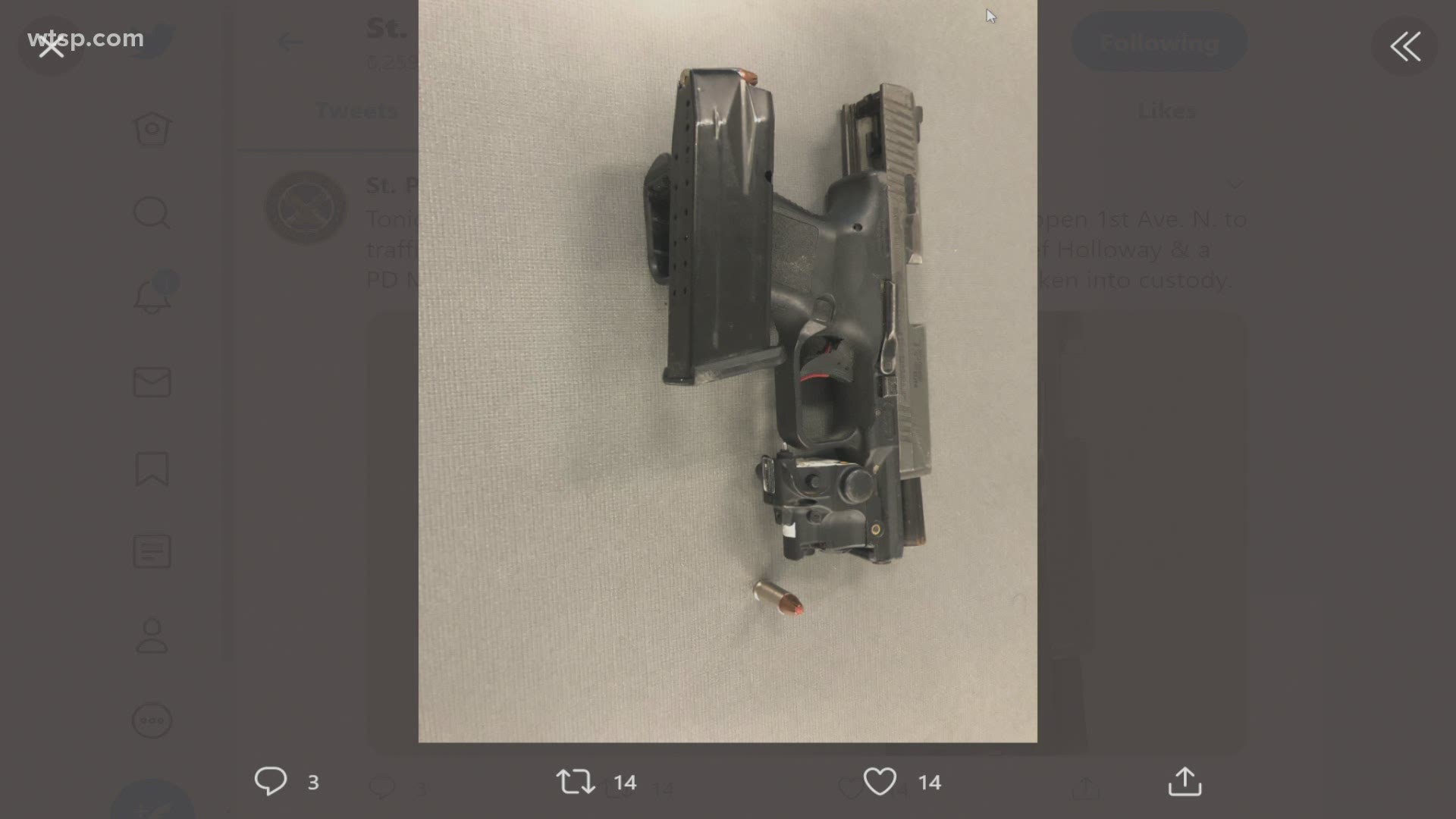 ST. PETERSBURG, Fla. — A day of peaceful protests in St. Petersburg was interrupted by the police chief and a major becoming a target for a thrown projectile.

The St. Petersburg Police Department tweeted Wednesday evening police asked a group of people to get onto the sidewalk to open 1st Avenue N. to traffic.

That's when someone threw a "spent baton round" made of heavy plastic at Chief Anthony Holloway and a group of majors nearly missing them, the agency said.

Police said the culprit, Abraham Naveed Quraishi, 26, of Lakeland, had a loaded gun in his waistband, was taken into police custody.

According to police, he does not have a concealed weapons permit.

Quraishi, who reportedly fought several officers as they tried to arrest him, is facing charges for inciting a riot, resisting an officer with violence, carrying a concealed firearm while in commission of a felony and unlawful assembly.

Earlier in the day, Holloway met with some of the protesters several times into the evening hours.

And while some of the face-to-face conversations resulted in screaming rather than a back-and-forth dialogue, Holloway said he understood: Protesters are angry, and when they are ready, they will talk to him.