Commissioners want to hear more about how they could limit crowds and gatherings if they vote to reopen parts of the beaches. 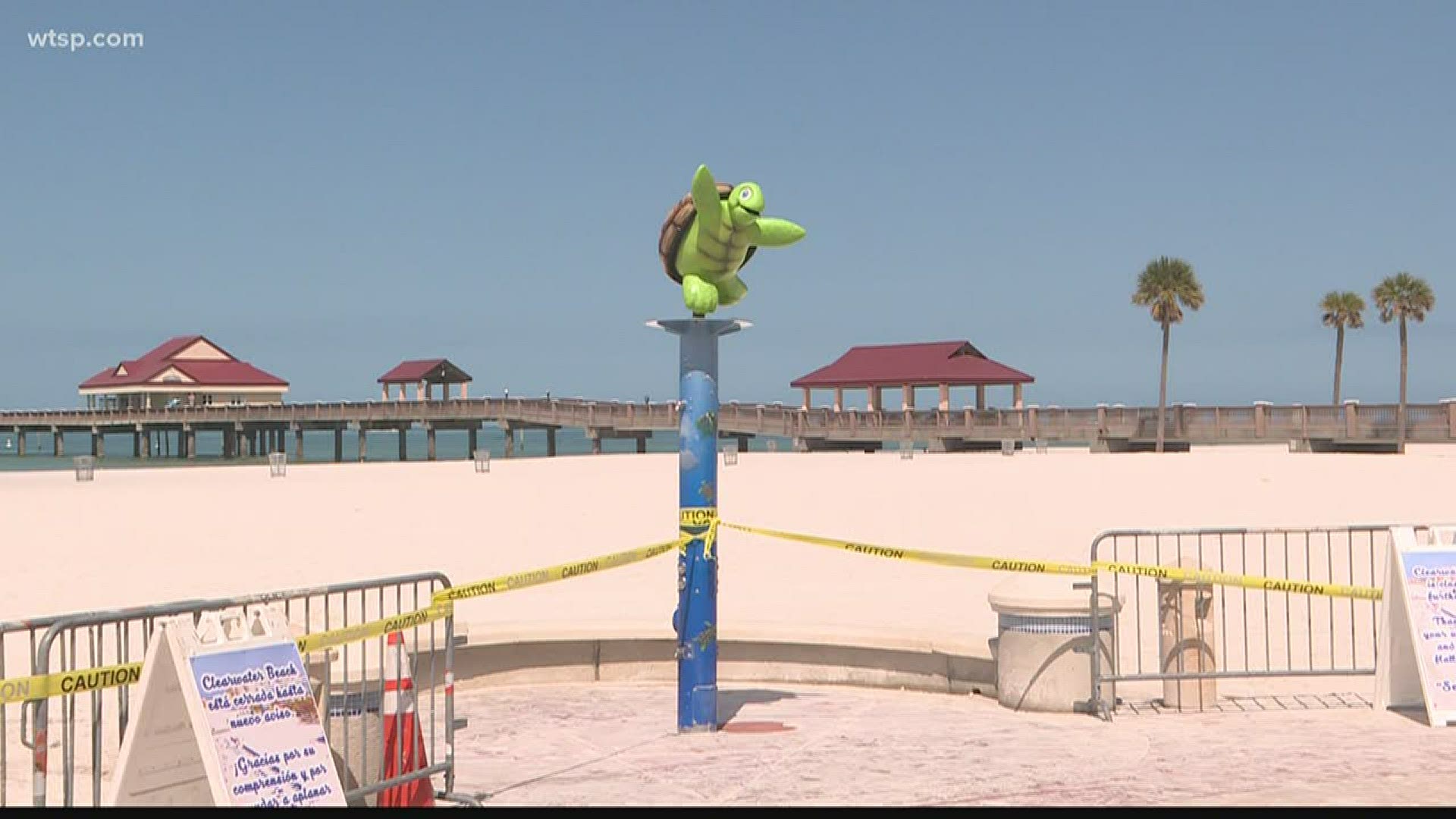 ST. PETERSBURG, Fla. — Pinellas County wants to take a closer look at the idea of re-opening its beaches.

First, though, they say they want to hear from Sheriff Bob Gualtieri about what it would take to do that safely, by possibly limiting crowds and maintaining social distancing.

Commissioners voted a little more than three weeks ago to shut down Pinellas County beaches after seeing alarming images of crowded spring break partying and a failure to respect social distancing guidelines.

Now that the party is over, some commissioners are willing to consider reinstating access to the sand on a limited basis.

RELATED: Pinellas County to consider reopening parts of beaches for exercise during pandemic

“I really think that we should consider starting to open them for at least exercise, like running and walking,” Commissioner Kathleen Peters said. “There’s a police presence on the beach all the time.”

Commissioners are also starting to hear from people who question on what grounds the beaches have remained closed week after week.

“I’m just asking for what metrics are you tracking? What is driving your decision making?” Tierra Verde resident Sharon Calvert said. “And I understand that there is a state-level as well, but there are certain things that you’re also doing in the county.”

“It is extremely unhealthy, both mentally and physically to put citizens on indefinite house arrest with extremely limited opportunities for fresh air or sunlight,” Clearwater resident Axl David said.

Board members say before making any decision, they want to hear from Gualtieri about any crowd and enforcement concerns.

Speaking on Tuesday, the sheriff offered a preview of where he stands.

“We are in the middle of this. We can’t just now stop it. Because, if we stop it, then we are going to get worse than where we were before. So, think about it that way. We’ve got to finish the prescription. And how long that’s going to take? We don’t know,” Gualtieri said.

Gualtieri was originally against the idea of shutting down the beaches. He says his position hasn’t changed, but that ship, he says, has sailed. He now believes the county should stick with its current plan because from an enforcement standpoint, he says switching back could unfairly confuse the public.

“You’ve got to decide whether you’re going to take that medicine. And, if you’re sick, you decide to take penicillin, you don’t stop taking penicillin after you're through your first cycle of the prescription,” Gualtieri said. “You finish it all the way through. And that’s where we are today -- we are in the middle of this.”

Some commissioners say if they did reopen, they wouldn’t want to compromise social distancing.

One consideration is to treat the beach like a nature trail, keeping the parking lots closed while still allowing access to the beach itself.

“We leave the waterfront available so that people can run and walk along the waterfront, but yet not be able to congregate on the beaches like beaches are normally used,” Commissioner Dave Eggers said.

County Administrator Barry Burton says his team will present the board with facts and figures this Thursday, showing them the trends when it comes to COVID-19.

Any decision about reopening the beaches or anything else for that matter, says Burton, should be based on not undoing the progress that’s been made.