The ordinance goes into effect at 5 p.m. Wednesday. 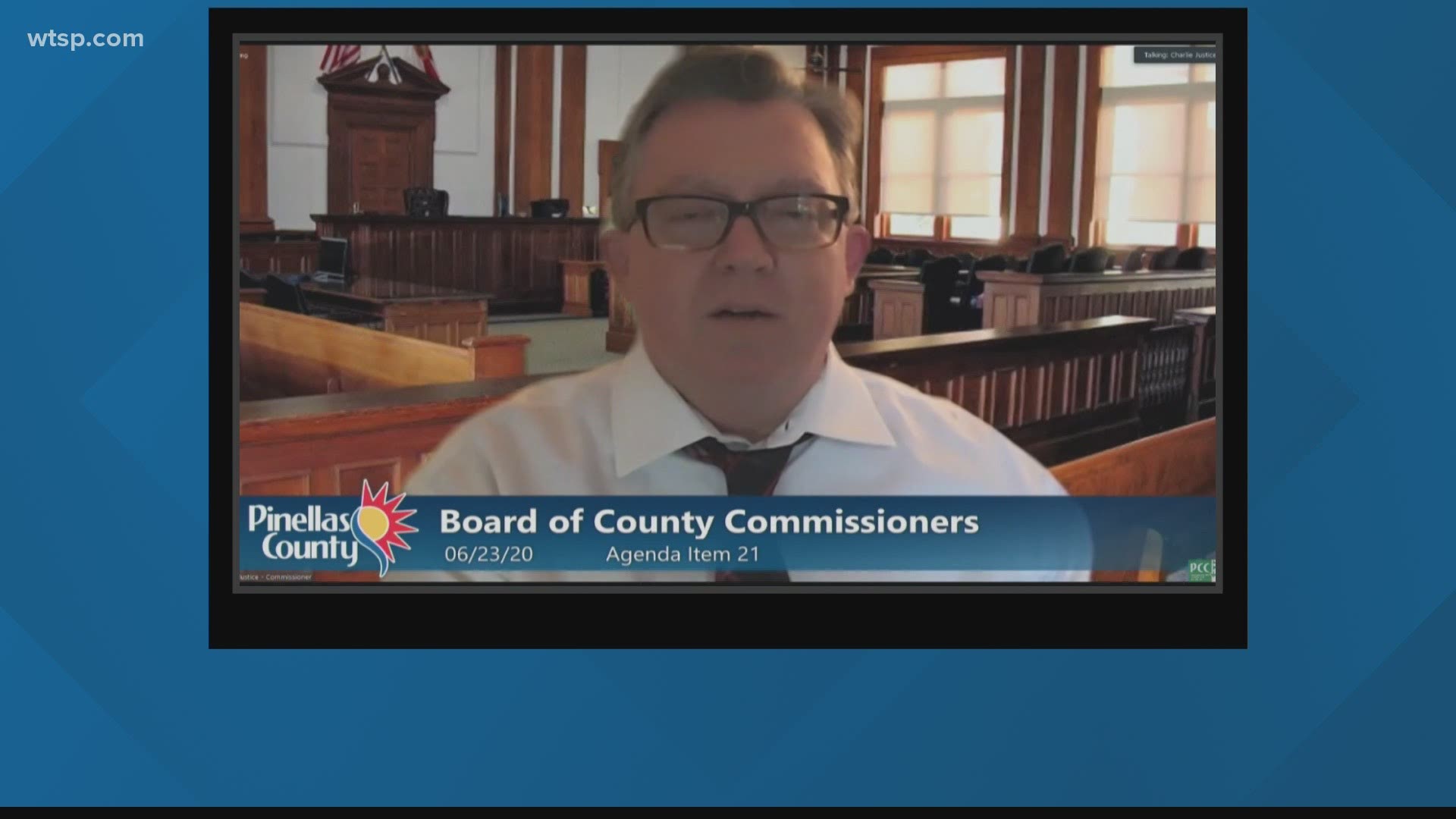 Out of the three ordinances considered during the meeting, commissioners approved the one with the most universal language: If you're inside most public buildings, you wear a mask.

It passed by a 6-1 vote, with Commissioner Kathleen Peters in disapproval. She said she supported the wearing of face coverings but did not want to mandate them.

The ordinance goes into effect at 5 p.m. Wednesday.

It lists several exemptions, including those for specific medical reasons. County leaders also made several changes to the proposed ordinance after listening to citizens and medical experts, including to allow for parental discretion involving minors.

It does not apply to schools, courthouses or city halls, but it is recommended those places develop plans to protect the public.

Fines start at $100 for the first violation and increase to $500 for a third violation.

As the number of coronavirus cases continues to climb statewide, Pinellas County has seen its own share of a spike. Since June 13, the county has reported more than 100 new cases each day.

As of June 23, there have been 4,033 positive cases of coronavirus in Pinellas County. The majority of cases in Pinellas are among those 25-34 years old, according to data from the Florida Department of Health.

The state reports the median age for COVID-19 cases in Pinellas is 41 years old.