The sheriff's office says this is part of its effort to keep evaluating its policies. 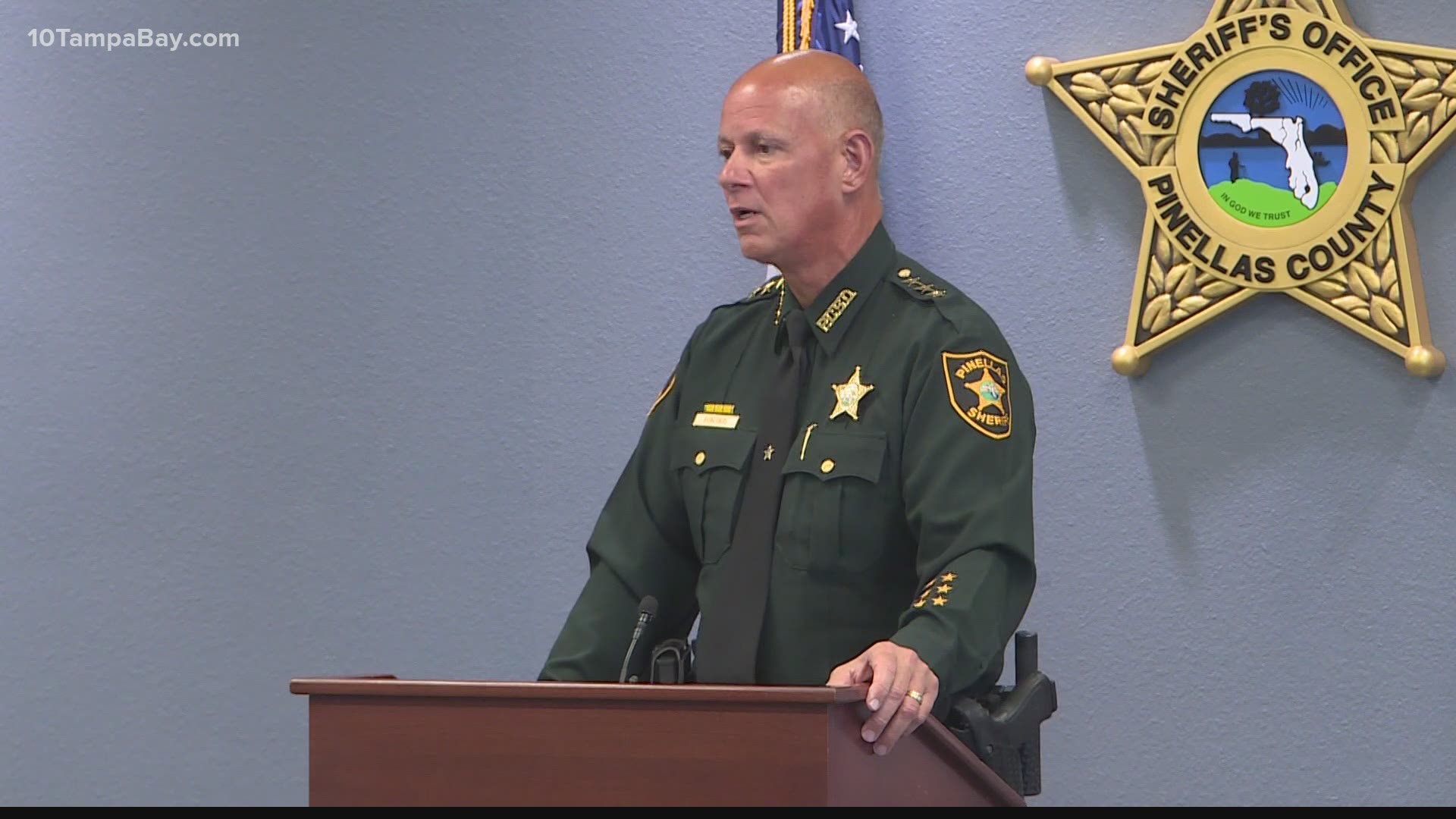 He said that approach wasn't working, so the department tried a case management system, where there would be follow-ups after calls or "events."

Gualtieri said the office did about 160 of such follow-ups a month, which worked to a degree, but was lacking.

Then in 2018, Gualtieri said the Pinellas Integrated Care Alliance was formed. The PIC team provides "an array of services to prevent further contact with law enforcement, crisis stabilization units, and emergency rooms," according to its website.

The sheriff said this led to a decrease in arrests, Baker Acts and jail terms. It was established at the "back end" and now the sheriff's office needs to "fill the front end."

To that, Gualtieri announced the area between SR 580 and Park Boulevard in Pinellas County would be a "pilot" area where mental health teams will respond to call 12 hours a day, Mondays through Fridays. There will be a total of six teams, four of which will be response teams.

Once response teams go out and make an initial assessment, those teams will give those cases to follow-up teams.

The sheriff says by having mental health professionals "in-house," there will be "better outcomes" in keeping people out of jail and less time Baker Acted.

Gualtieri said his hope is that the program will extend throughout the county.

One goal of this new initiative is to stop making cops "the jack of all trades," the sheriff said.

At this time, mental health professionals are being contracted out, but the sheriff's office is in the process of hiring. Deputies will be reassigned within the department. A clinical supervisor has already been hired, and six crisis response individuals, six deputies, a sergeant and a corporal will be reassigned, the sheriff said.

The sheriff says the plan is for the teams to roll out in the coming weeks.

The Pinellas County Sheriff's Office says the changes are being made as a response to the community's concern about police practices and as part of the agency's effort to keep evaluating its policies.

Back in July, Gualtieri announced the creation of the use of deadly force task force, which would immediately change the way the sheriff's office investigates those cases. The task force is made up of homicide detectives from other agencies across Pinellas County. Before the task force was created, those cases were investigated internally.

RELATED: Pinellas law enforcement will no longer investigate their own officers' use of deadly force