Officers say he made a move toward them. 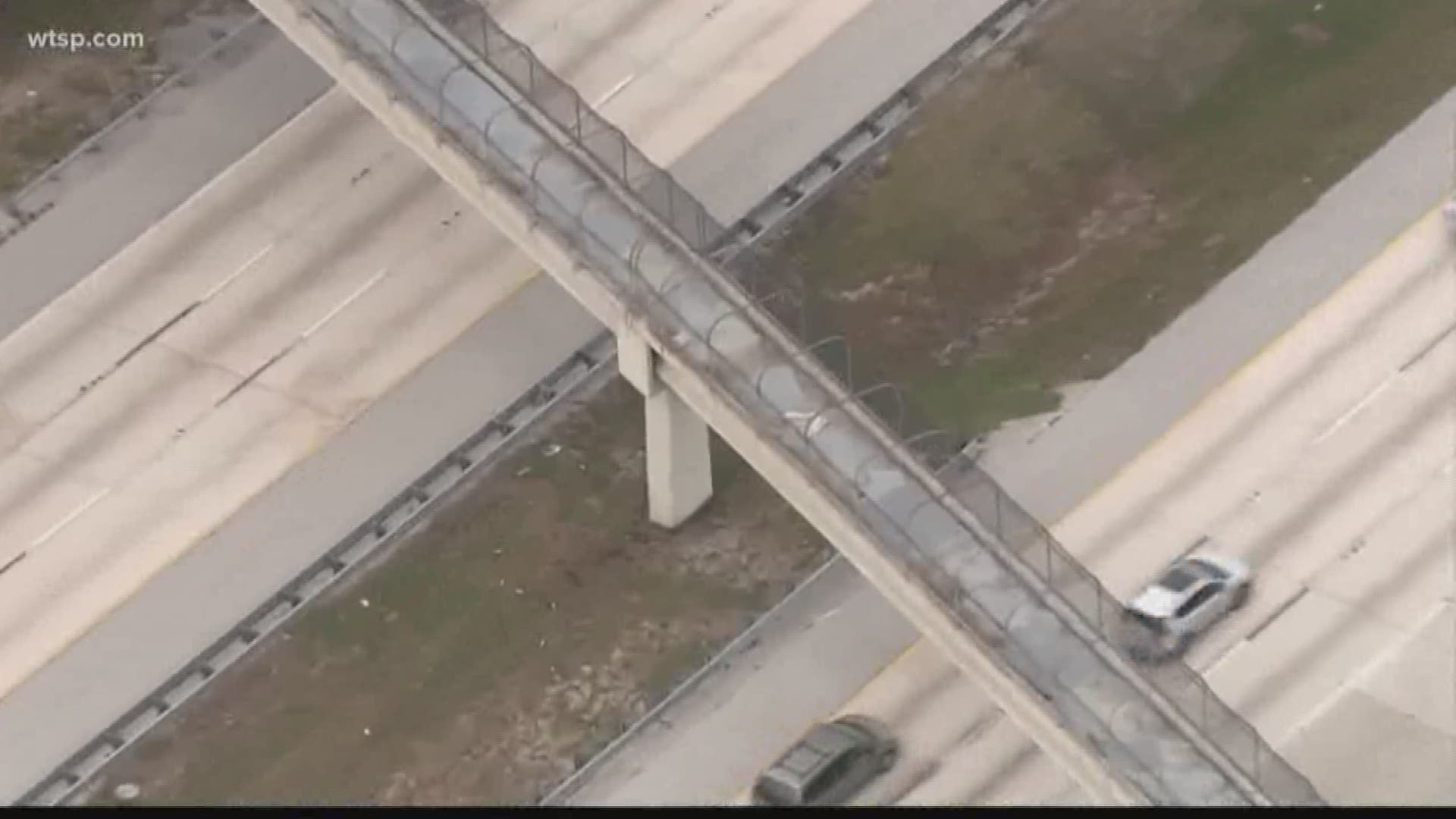 ST. PETERSBURG, Fla. — A man was shot by police on Tuesday in St. Petersburg.

According to law enforcement, a woman called 911 from her home after seeing the man walking in the street with a 10-inch knife.

Police say, by the time officers arrived, the man was on an I-275 overpass at 27th Avenue North, and officers climbed up to confront him. According to police, the officers gave clear commands for the man to drop the knife, but he did not respond.

The officers were not sure if the man understood English, so a Spanish-speaking was brought in to translate the commands.

Police say the man still refused to drop the knife, but never said anything to the officers who fired a less-than-lethal weapon at him as he moved toward them.

That didn't stop him, and police say one officer pulled out his gun and shot the man who is now in critical condition.

The entire situation lasted about 45 minutes.

The St. Petersburg Police Department will not identify the man who was shot until his family is told what happened. The officer who shot him will be identified tomorrow after interviews are completed.