The problem, said the sheriff, is that keeping hundreds of deputies on the beaches to maintain social distancing is not sustainable. 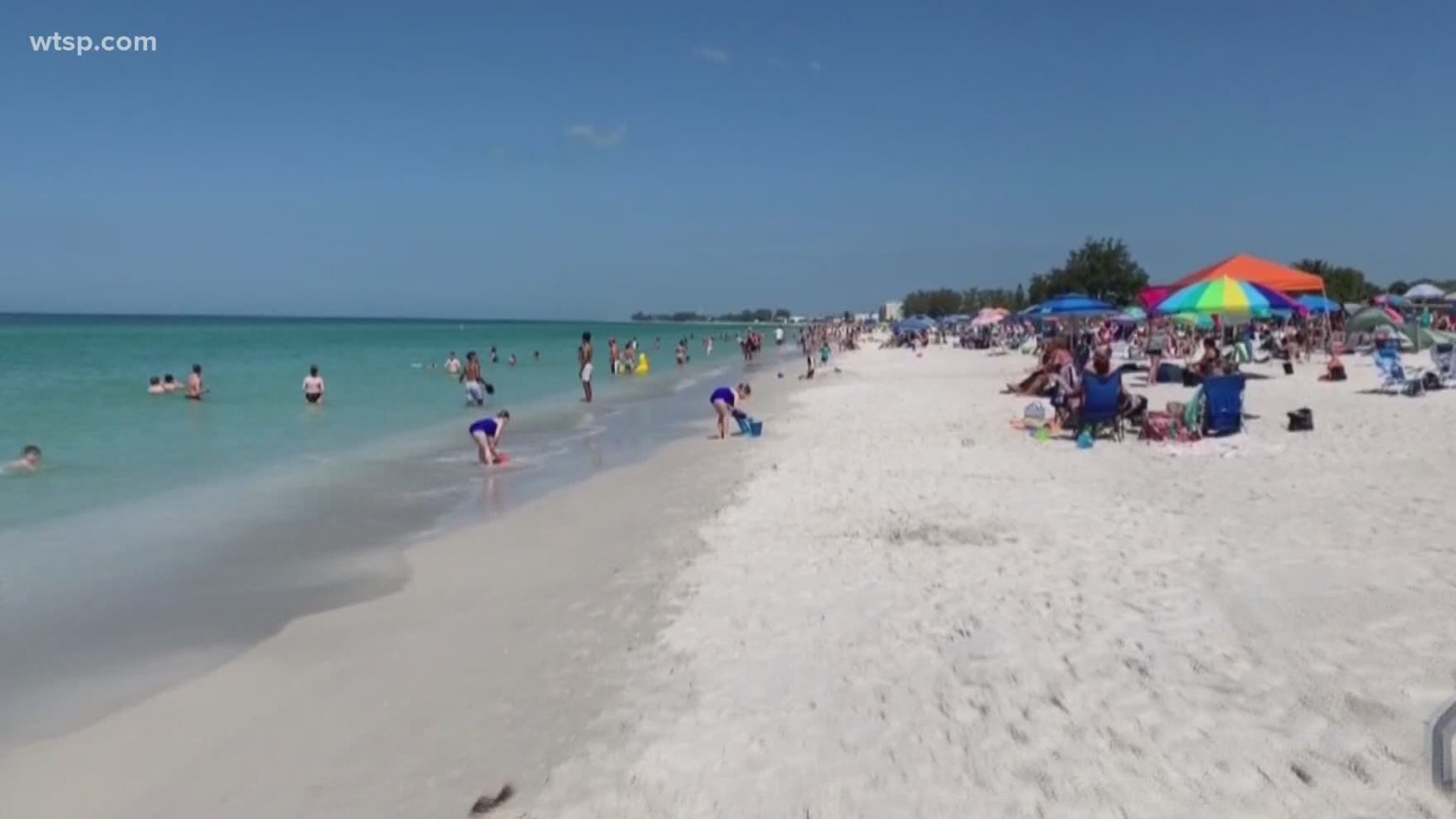 ST. PETERSBURG, Fla. — Some major questions are now being raised about Pinellas County’s decision to reopen its beaches.

So far, the sheriff says they’ve been able to keep people safely distanced, but the health consequences of letting people back onto the sand might not be known for weeks. And by that time, critics say it could be nearly impossible to known whether that was in fact the cause of any spike in COVID-19 cases.

“At some point we’ve got to take the training wheels off,” said Pinellas Sheriff Bob Gualtieri.

The ground view was deceivingly crowded, he said - but from the air, it was not as nearly as bad.

The problem, said the sheriff, is that keeping hundreds of deputies on the beaches to maintain social distancing is not sustainable. And he questions whether, left to police themselves, beach visitors will obey the rules.

“The reason why we’re having success with this is because of it being managed,” said Gualtieri. “If it wasn’t being managed, I’m not sure where we would be.”

So far, deputies have successfully avoided conflict by redirecting people to other less-crowded parts of the beach.

But as more hotels continue to open, with visitors paying hundreds a night to be on or near the sand, Gualtieri said guests might be less understanding if told their section of beach had reached capacity.

The county says it’s reaching out to hotel operators asking them to inform guests to expect limitations.

“Between the efforts of the sheriff and our staff will make sure they’re well informed,” said County Administrator Barry Burton.

If there is a spike in COVID-19 cases in the next three to four weeks, another concern raised is how county leaders will know if reopening the beaches was the cause.

Using only Pinellas figures might be useless, since Gualtieri showed many beach visitors are coming from outside the county.

“It would be great for a while just to have Pinellas County residents using the beaches,” said Commissioner Dave Eggers. “And that’s just in a perfect world. That’s not going to happen.”

But even if Pinellas was able to trace COVID19 cases back to its beaches, the question was raised about whether that would be the cause versus restaurants, hair salons, or anything else that’s now reopened.

“So, it’s going to be hard to say this caused this to happen,” said Commissioner Kenneth Welch. “Three or four weeks later. So, I just think we’re going to be in an era of trying to make a decision with imperfect information.”

Gualtieri says he has 120 deputies assigned to the beaches daily. 300 on the busier weekends. But again, after Memorial Day, he warned commissioners  those numbers will likely have to be reduced.

“We have to change the culture,” said the sheriff, “So people understand what they have to do and are doing it on their own.”