The sheriff's office said the call came in around 4 a.m. at the Seminole Gardens Apartments. 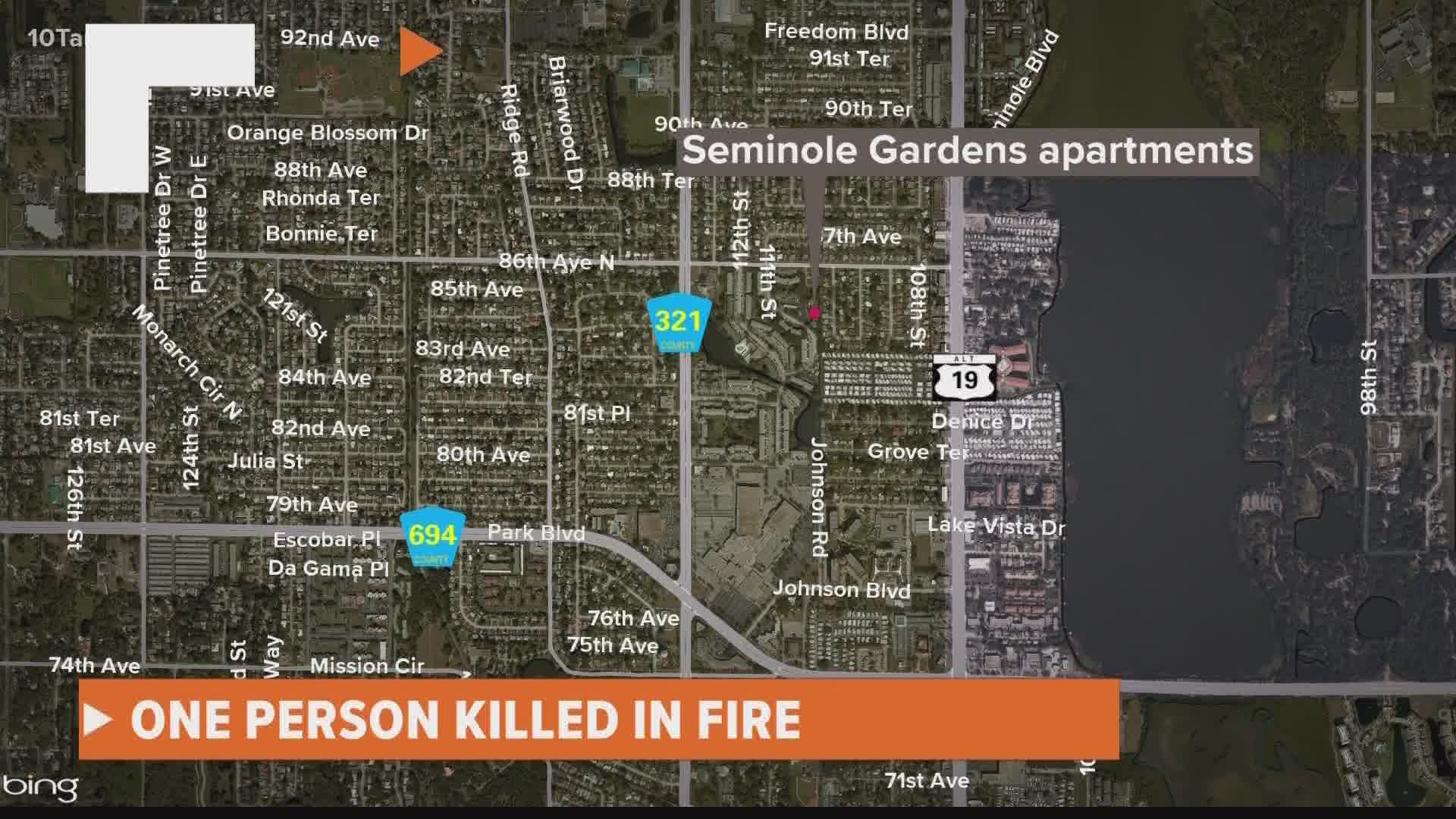 He has been identified as 65-year-old Pedro Ramon Marino.

The sheriff's office said the call came in around 4 a.m. at the Seminole Gardens Apartments. Crews said smoke and flames were coming from the building when they arrived.

Deputies said six apartments were damaged in the fire.

Detectives have not determined what caused the fire, but they say it is not suspicious. The fire is being investigated by the Pinellas County Sheriff's Office.