St. Pete bar closes, for now, as customers break out in rashes

Once a woman's post went viral, the comments section began to fill up with people claiming to have had similar experiences, and she realized she wasn't alone. 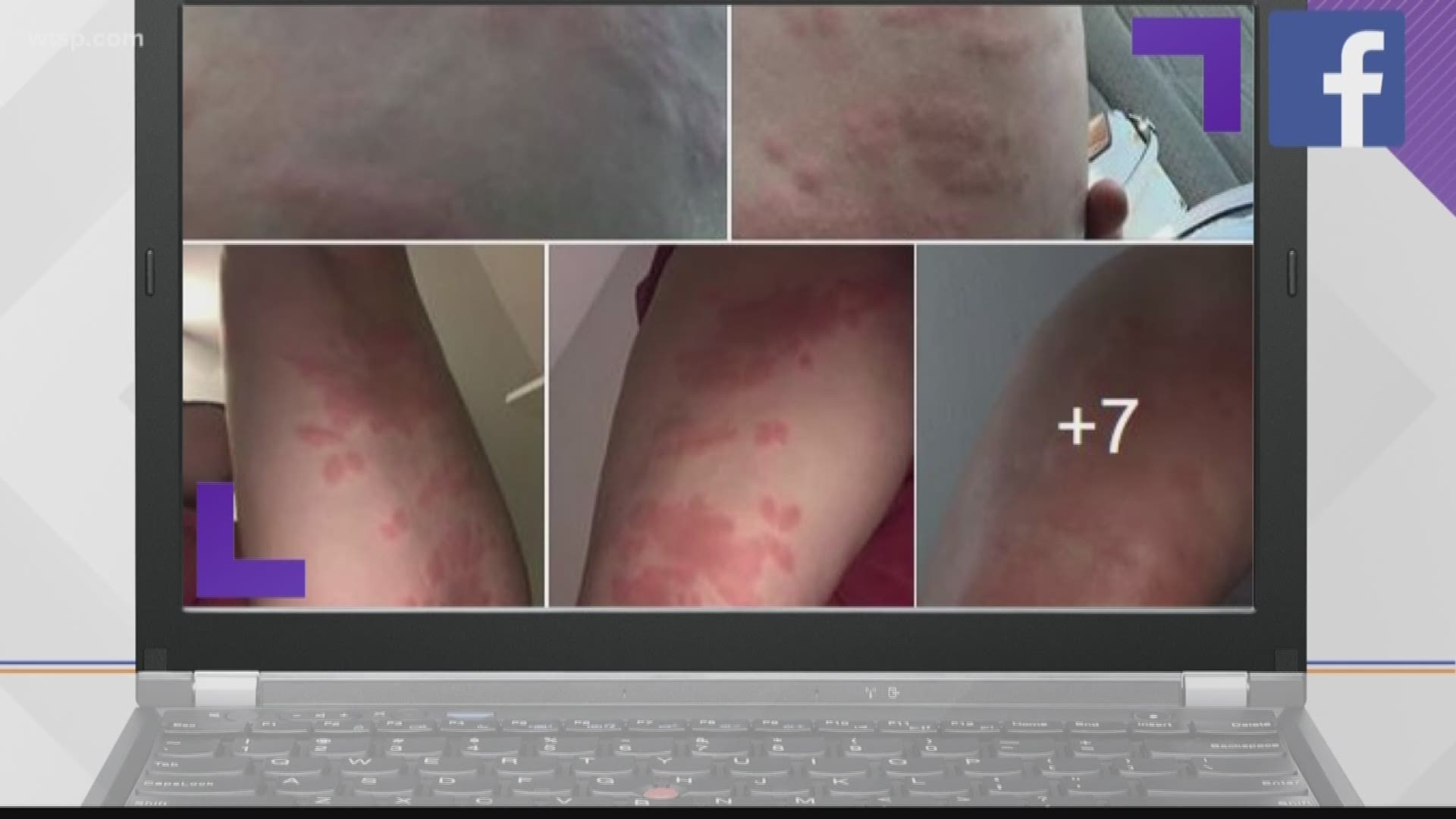 ST. PETERSBURG, Fla. — A popular pub in downtown St. Petersburg is doing some unexpected renovations -- and shutting down, for now -- in the wake of a viral Facebook post.

In her post, dated Oct. 27, Rachael Renn says she is in the emergency room being treated for skin irritation. The photos appear to show a rash or hives which Renn says she got after visiting the Pelican Pub.

"Currently in the Emergency Room in pain because of Pelican Pub located in downtown St. Pete. ER staff have informed me that I’m now the 5th case so far to arrive with this same story and symptoms of having a severe reaction to whatever you have on your benches," Renn said in her post, which was shared hundreds of times. "No other potential customers will want to sit on a bench that can make their arms, back, legs and thighs look and feel like this.

"My legs are on fire & this started two days ago."

Once her post went viral, the comments section began to fill up with people claiming to have had similar experiences, and Renn realized she was far from alone.

"Update: This same reaction has happened to at least 50 other people since May 2019 after their visits to the Pelican Pub,” Renn went on to write. “Keep spreading awareness by sharing this post. This is preventable.

"Health Departments have been contacted but in the mean time warn your friends. THIS IS NOT AN ISOLATED INCIDENT."

Jess Peterson was one of the people who saw Renn’s post and immediately realized she had contracted the same skin irritation months earlier in May.

“I go there often, I’ve had the rash, it’s been coming and going for months. I didn’t think anything of it,” Peterson told 10News. “And then I saw the Facebook post and it looked really similar to the rash that I had, so I pulled up my bank account and the time that I had taken the picture, and I was at Pelican Pub on the 29th and then I had taken the pictures early morning on May 30th.”

The company said it sent a general manager and technician to inspect the bench, tables, bar area, chairs and inside of the Pelican Pub -- it found no live or dead pests found during its inspection.

The Florida Department of Health also said chlorine levels in the bar sanitizer sink were high and the ammonium was low, which inspectors also said was corrected.

The bench in question will be replaced, but the bar said it will not be allowing customers to draw on it out of precaution.

The Pelican Pub is expected to be reopened once the situation has been resolved.

The owner of the Pelican Pub, Sean Knight, gave the following statement:

"There are two issues and we are voluntarily closing the bar down to the public until those matters are resolved. First, we have contacted pest control to treat the space immediately, and second, we will be replacing the entire bench beginning today. The safety of our patrons is our number one priority and we have decided to take immediate action to ensure any and all items, which can be done, will be done to ensure the safety of our customers.

"While we are not sure what may have actually been responsible, we want to remove any and all possibility of danger. We’ve been apart of this community for going on 10 years now and those who come here aren’t just customers to us, they’re our neighbors, family, friends and we want to make sure that their safety comes first." 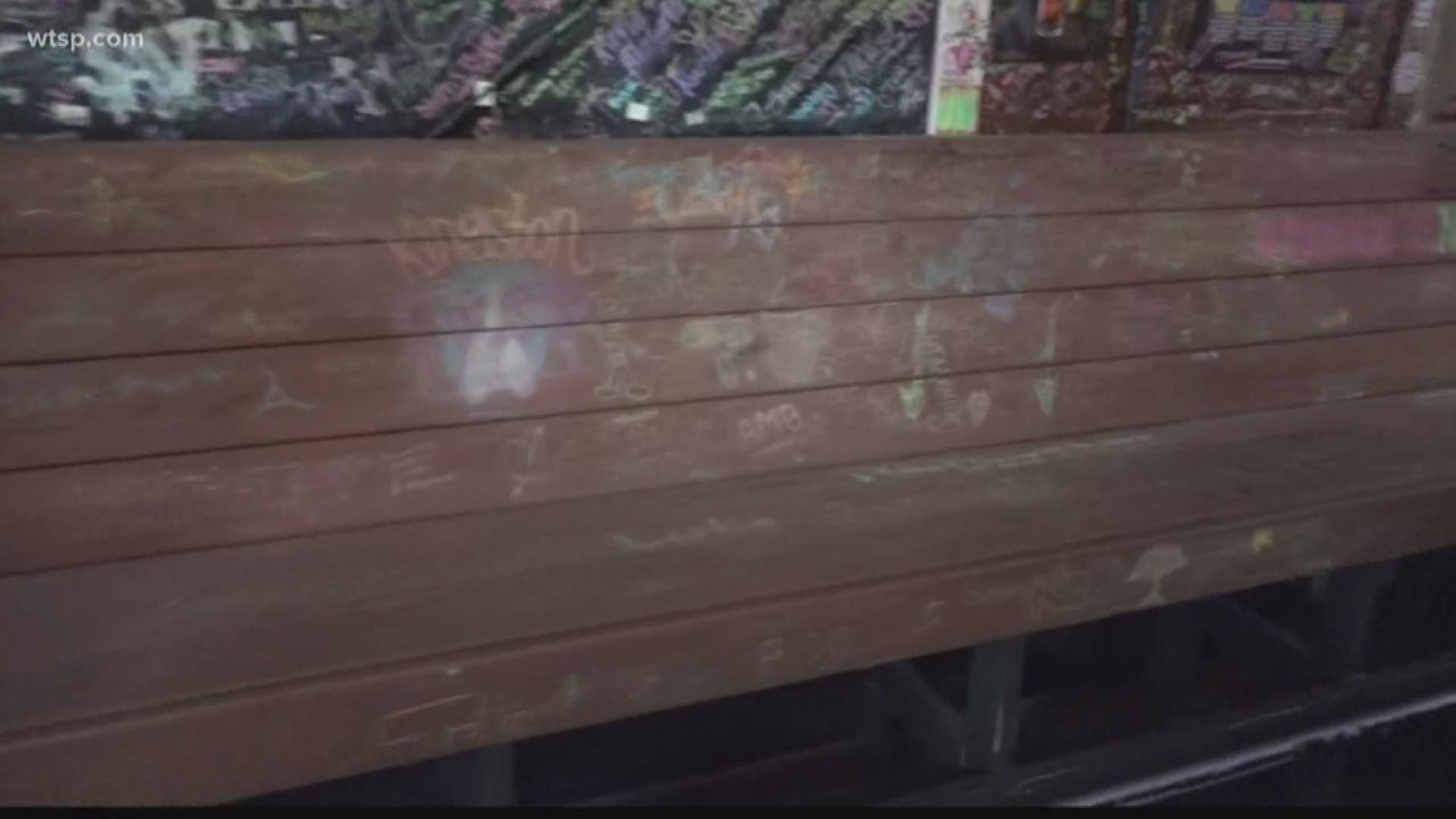