Man who barricaded self inside St. Pete motel charged with murder in double homicide

After several hours, he surrendered to officers "peacefully" and was taken into custody. 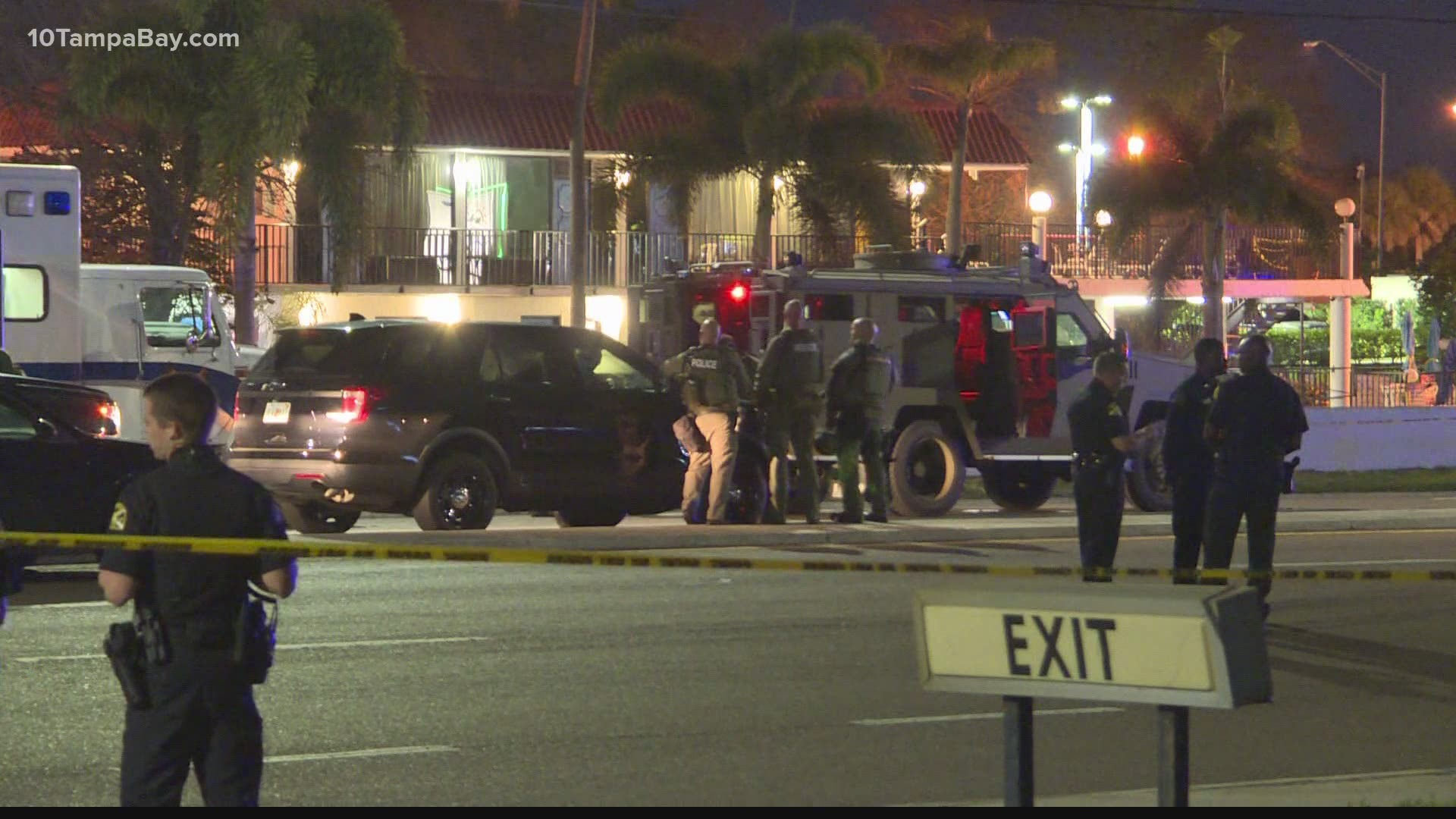 ST. PETERSBURG, Fla. — Police say the man who reportedly barricaded himself inside a room of a St. Petersburg motel is now in custody.

It happened at the Bayway Inn on 34th Street South around 3:30 p.m. Friday. Officers say the man, Andre Watkins, surrendered to police "in a peaceful manner."

Watkins is charged with two counts of first-degree murder in the deaths of Jerome Clark and Larrisha Williams, according to police.

During a news conference, Officer Antonio Gilliam said the department received several calls from community members that Watkins was "hiding" at the motel. Once officers established Watkins was at the motel, Gilliam says they worked to get him to come out peacefully.

Police say the street was shut down in both directions from 42nd Avenue to 46th Avenue South. Officer Gilliam said officers were able to safely evacuate "as many people as possible" from the Bayway Inn.

Officers have been investigating the deaths of 27-year-old Larrisha Williams and 23-year-old Jerome Clark. They were found shot and killed early Wednesday morning inside a car near the Public Storage on 34th Street South, according to police.

On Thursday, the department announced a $5,000 reward for information about a person of interest who may have "valuable information" about Williams and Clark's deaths.

Suspect is in custody. https://t.co/gdd3crhKCs