The evictions were filed shortly after City Council member Robert Blackmon took over the property but were dismissed after pressure from the St. Pete Tenants Union. 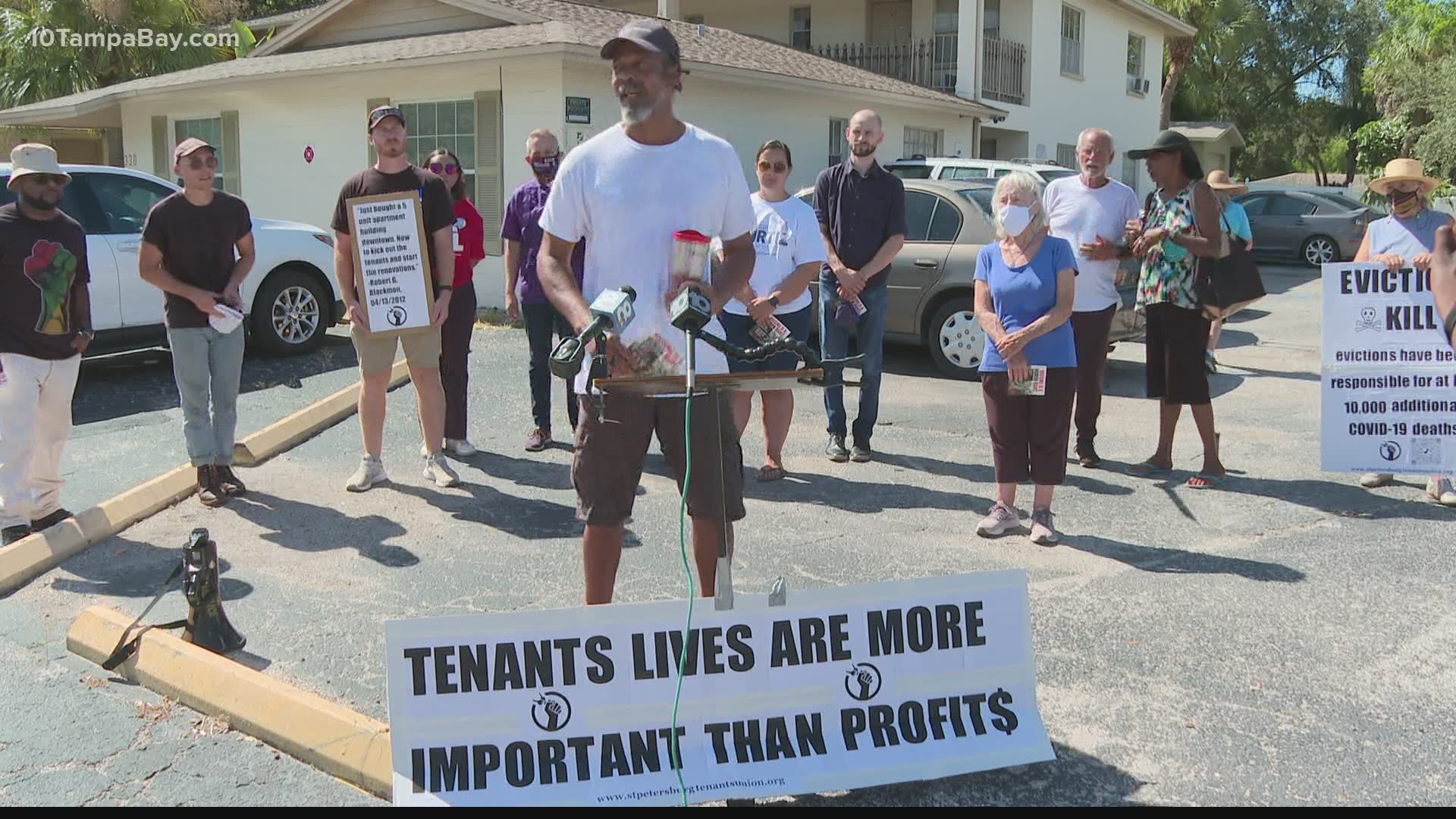 ST. PETERSBURG, Fla. — The Paradise Apartment Complex is located on 45th Avenue South in St. Petersburg and is home to some of the city’s low-income renters like Terrance Gordon.

“It's been a little bit rough,” Gordon explained, adding that his apartment’s roof started caving in following an air conditioning problem.

Gordon, a cancer survivor, says he pays around $800 a month in rent with $600 of that covered by government subsidy housing vouchers.

He was slightly behind on his rent when St. Pete City Council member, and candidate for Mayor, Robert Blackmon bought the property and quickly issued Gordon and two other renters eviction notices.

“I've been in this apartment now over eight years,” said Gordon. “I have no place to go right now and if you smear me. Where the hell am I going to get another apartment?”

Members of the St. Pete Tenants Union say situations like this one are all too common across the city as low-income renters are priced out of their homes.

“This type of apathy from landlords is a reality for many poor people in the city,” said Karla Correa, a member of the St. Pete Tenants Union. “Maintenance requests are being ignored, they get harassment from landlords and evictions.”

Following a candidate forum last night in St. Pete, Blackmon, who works as a full-time developer confirmed to 10 Tampa Bay's Emerald Morrow he had purchased the units and was working to make improvements.

“It's a complex that I recently purchased,” said Blackmon. “I've already started on a six-figure renovation and I continue to follow my mission to provide affordable quality housing for everybody and every neighborhood in our city.”

But St. Pete Tenants Union members say the evictions only got dismissed after they got involved.

“This is not acceptable from anyone, especially not an elected official, especially not someone who's running for mayor who says they care about affordable housing,” said Correa during a Tuesday morning news conference highlighting the situation.

They're now calling on Blackmon to help his tenants stay in their apartments.

“We are demanding that he offers these tenants long-term leases with the same rent they're paying now,” said Correa.

For Gordon, it’s a matter of having a place to call home.

“Don't throw me up under the bus and then kick me out on the street. I've been homeless before right now I'm not trying to be homeless again.”