Delivering his final "State of the City" address, Mayor Rick Kriseman looks back, and forward

His second term as mayor ends later this year. 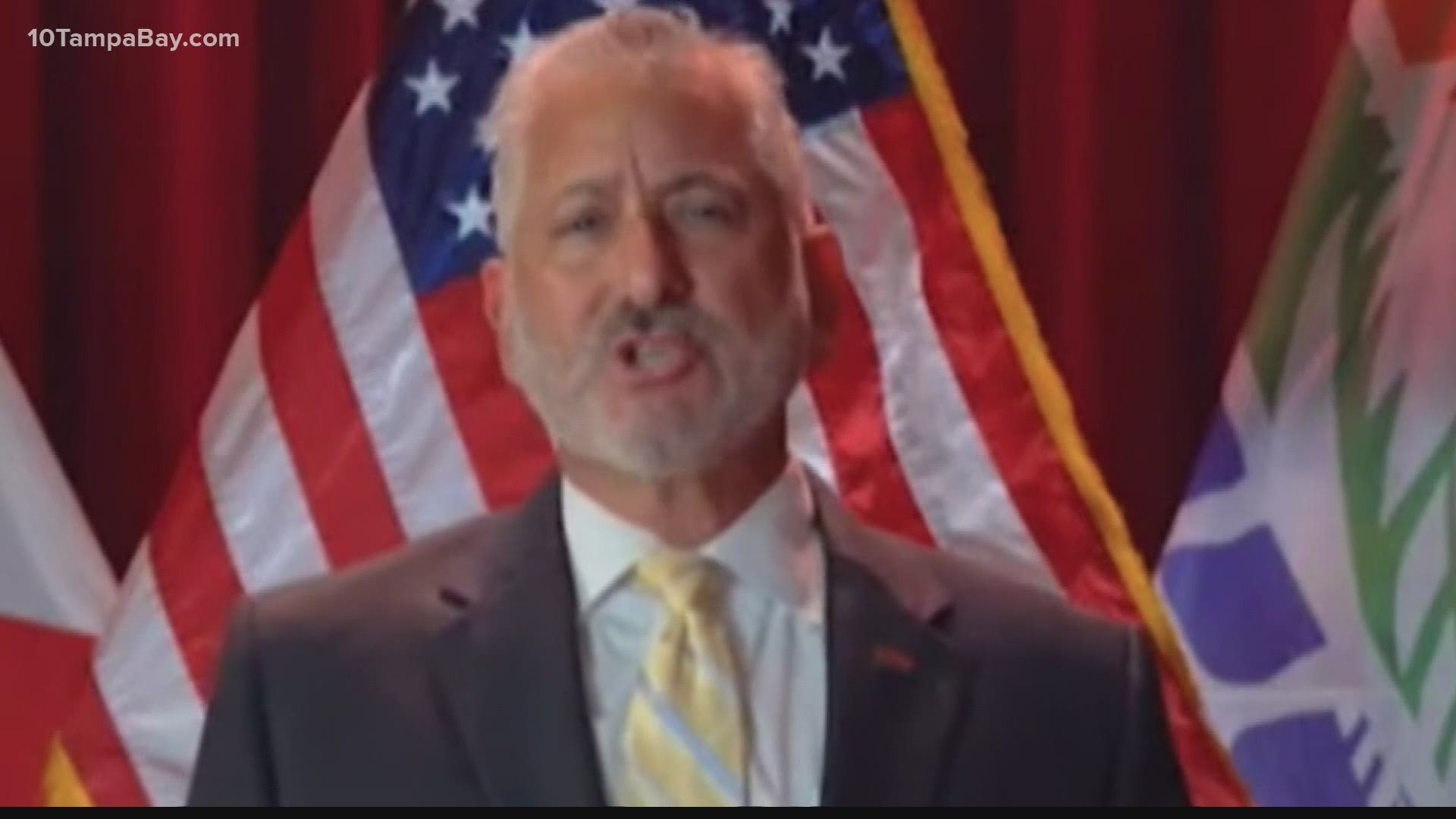 His second term as mayor ends later this year.

Kriseman said there’s no question the pandemic has made this a challenging year for the city of St. Petersburg.

“But the shock of COVID-19, and the stressors that have followed have not broken us,” he said.

The city, says Kriseman, has persevered. Still in solid financial shape, although they don’t yet know the full impact the virus will have.

They’ve been able to help those in need, he said, while moving forward with landmark accomplishments, like the city’s new pier.

“The St. Pete pier was recently voted the number two best new attraction in the nation for 2020. Second-best only to the US Olympic and Paralympic museum in Colorado,” said Kriseman.

The Mayor also looked ahead to future growth and development, including affordable housing in South St. Pete as well as the Tropicana Field site.

“The sooner we can provide jobs and affordable places to live to our residents, the better,” said Kriseman. “And the sooner the Tampa Bay Rays make their desires known, the better.”

Still - for all its structures, all its brick and mortar, Kriseman says he’s most proud of what the city has done to reduce poverty in St. Petersburg. Down 37%  he said - since 2015.

“That’s more than double the drop experienced nationally during that time,” said Kriseman.

That sort of commitment to equality, said Kriseman, is embodied in the city’s 2050 plan - a recently completed roadmap for the city’s future growth.

“This era of progressivism and participation and inclusion in St. Pete has helped to shape and elevate our city and our people,” said Mayor Kriseman. “And people around the country and the world have taken note.”

Whatever path the city decides to take now, Kriseman says he’s certain he’s done what he could to keep the promise he’d made when he took office eight years ago.

“I will depart knowing the state of our city is safer, stronger and sunnier than I found it,” he said. “And at the next mayor will have the opportunity to make our city of sunshine and pelicans soar even higher.”