Those demonstrating said they want to see change in police protocols to prevent more killings. 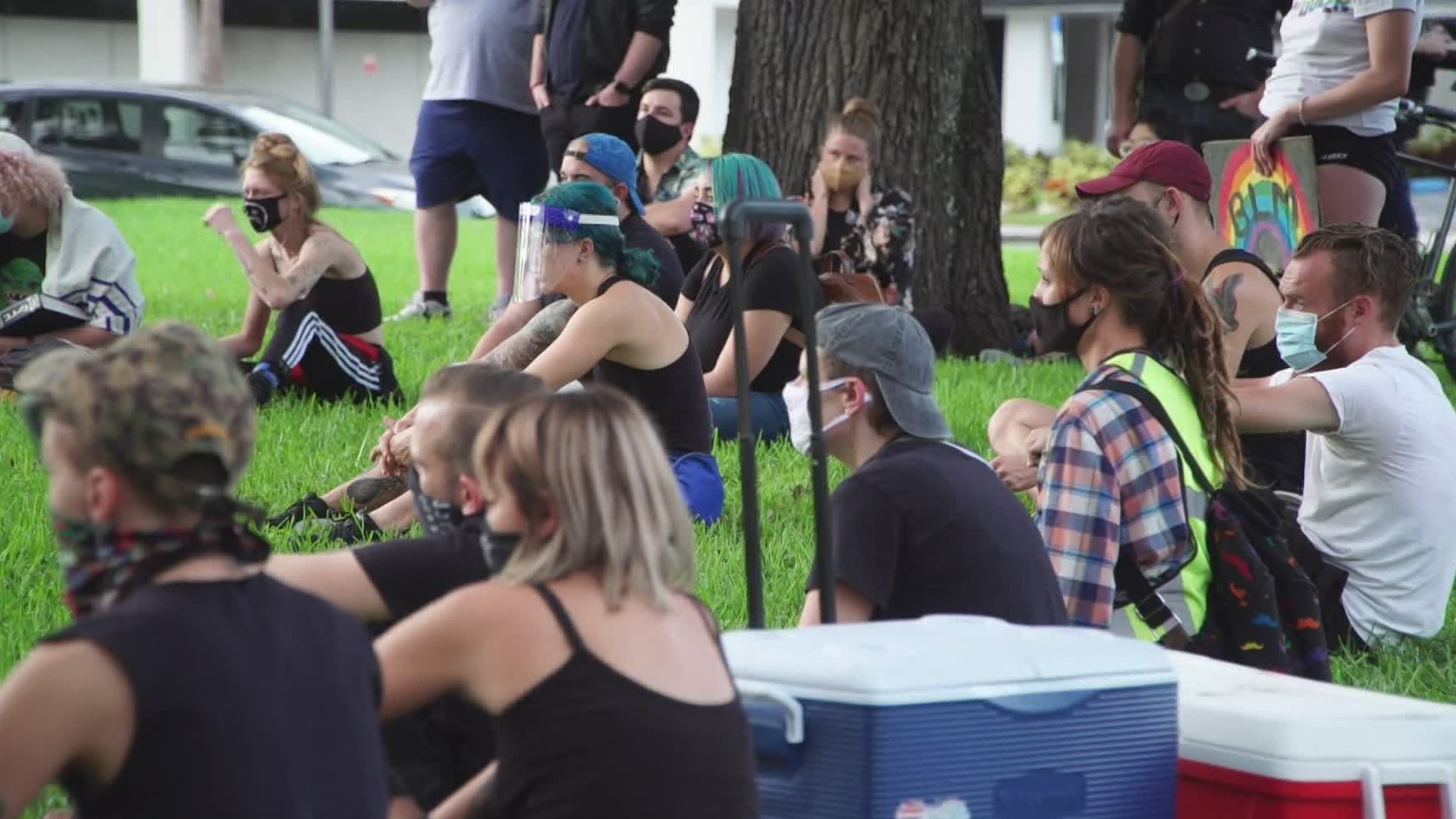 SAINT PETERSBURG, Fla. — Frustration over Wednesday’s decision in the Breonna Taylor case spilled out into the streets of St. Pete as dozens of protesters gathered outside city hall in a show of solidarity before marching along Central Avenue and throughout downtown.

Those demonstrating said they want to see a change in police protocols, hope to change hearts and work with those committed to pursuing justice.

Protesters also said they want to see more community control in law enforcement. They also want money redirected from policing and into more community-focused programs that can help keep people out of the criminal justice system.

Demonstrations did stay relatively peaceful with St. Pete police only reporting "several complaints" regarding the protesters, but that no arrests were made.

Wednesday’s decision by the grand jury sparked protests nationwide, as many hoped the officers tied to the shooting death of Breonna Taylor would face tougher penalties.

Kentucky Attorney General Daniel Cameron said two of the three officers were justified in firing their weapons, as Kenneth Walker, Breonna Taylor’s boyfriend, fired at officers first from within the apartment after saying he believed the home was being broken into.

The former officer who did face charges was indicted for wanton endangerment. He has since been released on bail.