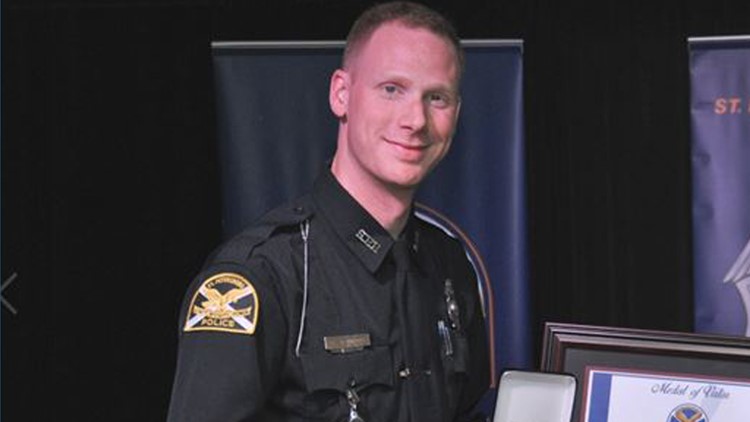 Matthew Enhoffer, 34, pleaded guilty Tuesday to charges of distribution and possession of child pornography, according to the Department of Justice. They carry a minimum penalty of five years in federal prison, with a maximum of 20 years.

Enhoffer was arrested in September 2019 following a tip submitted to the National Center for Missing and Exploited Children, the DOJ says. Through the investigation, law enforcement found two suspected child exploitation images were uploaded through an app from a username "thehoff727."

A computer IP address eventually was linked to a home in St. Petersburg.

A forensic analysis of his computer showed Enhoffer distributed child sex abuse material to another person in June and July 2018, the DOJ said.

“You hope it’s not true. You don’t want it to be true. And then you see the report," St. Petersburg Police Chief Anthony Holloway said at the time of Enhoffer's arrest.

The ex-officer worked with St. Petersburg police from May 2010 and resigned in October 2013 to work in another state. He returned to the department in January 2015.

Enhoffer resigned before he could be terminated.