At just 21-years-old, K'Mia Simmons is the latest to be killed by gun violence. 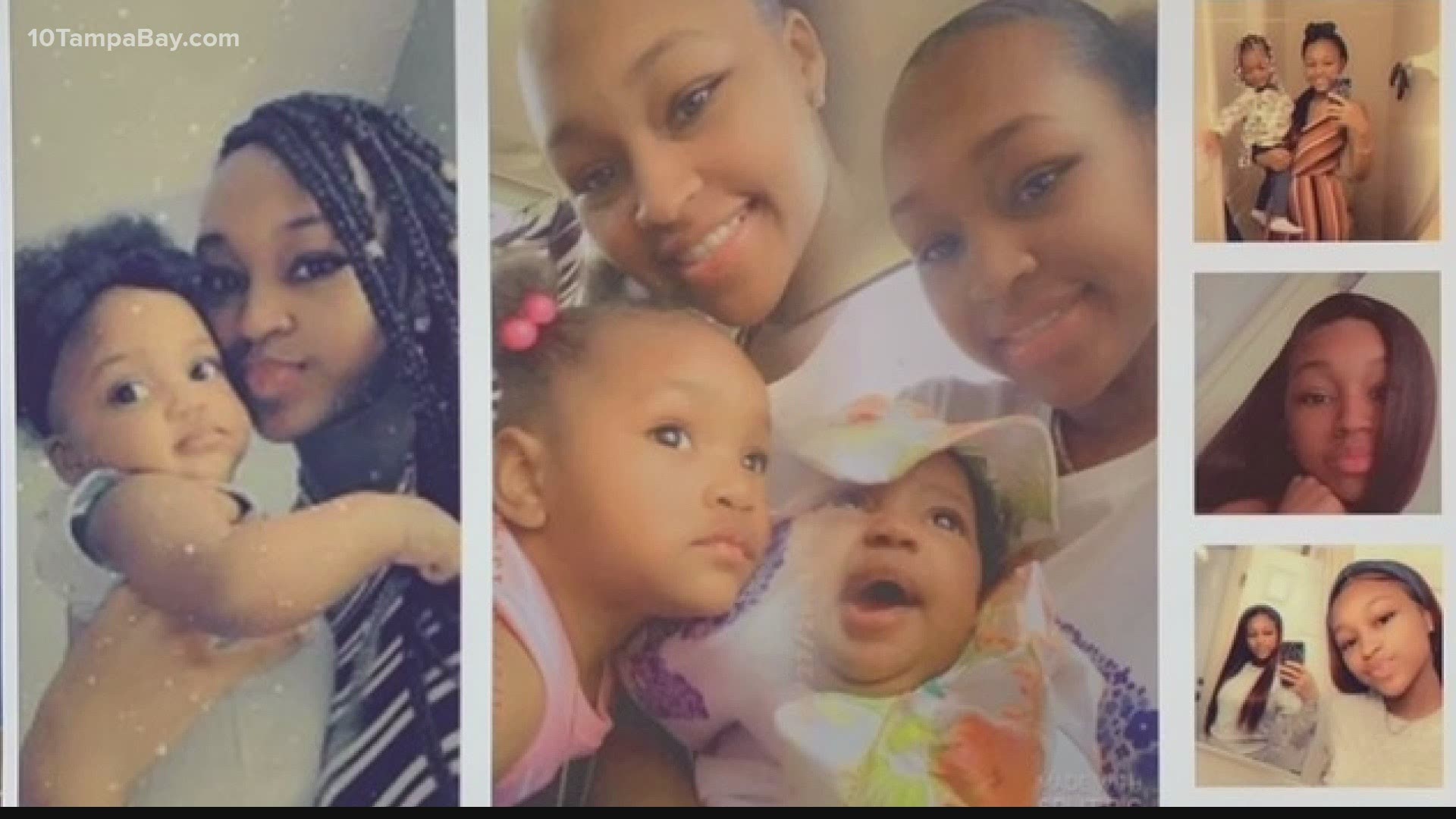 ST. PETERSBURG, Fla. — Shootings are casting a shadow on south St. Petersburg after 13 people have been killed because of gun violence in 2021.

"It's getting to the point where everyday folks are afraid to leave because there's bullets flying," Corey Givens said.

He's one of many who visited 21-year-old K'Mia Simmons' memorial on Wednesday.

"Her life had just begun and it was taken away from her," Givens said.

Family and friends say Simmons was someone anyone would love. The mother of two the passenger in a car police say was targeted. She died holding her 1-year-old. Bullets narrowly missed her 2-year-old in the back seat.

"She was not the intended target, but that bullet struck and killed her. Now those two children do not have a mother," St. Petersburg Police Chief Anthony Holloway said.

"You don't have to pick up a gun to solve any issue, but since January, we've had multiple, multiple shootings, and it's getting scary," St. Petersburg Councilwoman Lisa Wheeler-Bowman said.

"I feel like I lost my son all over again. Every time, every time this happens. I'll never hear my son say 'mom' again and it just breaks my heart," Wheeler-Bowman said.

Community leaders organized the "Enough is Enough" movement, calling for an end to the gun violence. It's meant to encourage those with information about the shootings to come forward.

Now the councilwoman hopes people in the community come together to stop senseless acts of violence.

"To have no one to come forward, knowing that they know things, that's not justice for her or her children. Don't let her die in vain," Wheeler-Bowman said.