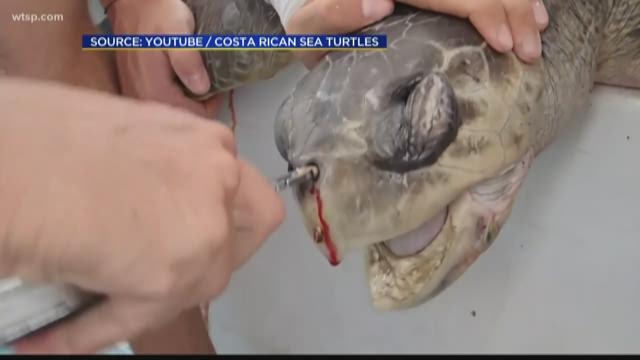 Plastic straws are becoming one of the most threatening environmental hazards in coastal communities.

She said straws are not only littering Tampa Bay-area beaches, they're also killing marine animals. Driscoll is also looking into how other cities have implemented plastic straw bans.

"Some do an outright ban on plastic drinking straws. Others do an ordinance where you can only give them out on request at a restaurant," Driscoll said. "Still, other cities are focusing on awareness campaigns so that we can encourage voluntary reduction of use."

The big reason is for the ban is because plastic straws are polluting our waterways, and being found in the digestive systems of fish and marine life. Straws also take thousands of years to break down.

Many have seen the video online of a straw pulled from the nose of a sea turtle.

The issue will be brought up at Thursday's St. Petersburg City Council meeting at 3 p.m.

No decision will be made Thursday. It is just the beginning of the discussion.

The city council will likely send the issue to a committee to come up with the best plan. It could then come back for a vote, which would be several months down the road.