St. Pete unveils proposals for redeveloping the Tropicana Field site with or without the Rays

The city released a handful of proposals that have made the cut for evolving the area. 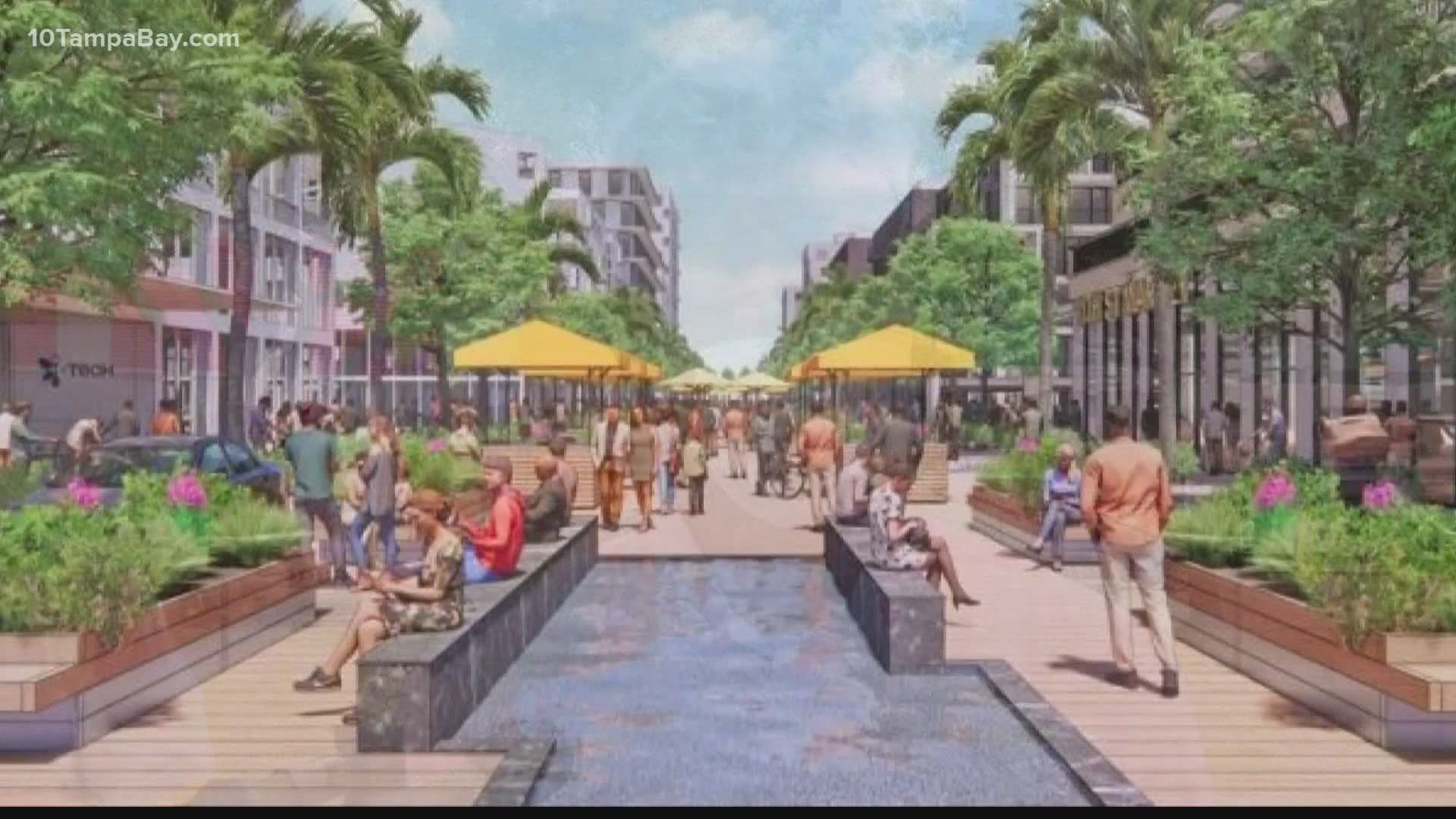 ST. PETERSBURG, Fla. — We’re getting a closer look at what the future may look like on the site where Tropicana Field now stands.

On Tuesday, the city unveiled a handful of proposals that have made the cut for redeveloping the stadium site.

In all, seven proposed redevelopment plans made the cut – submitting proposals for what could eventually be built on the 86-acre site where Tropicana Field now stands.

Each considers two possibilities. One with, and one without the Tampa Bay Rays.

“These developers clearly heard our desires and directives loud and clear,” said Mayor Rick Kriseman, announcing the release of the proposals.

All seven of the proposals meet St. Pete’s 21 goals and objectives. Green space. Affordable housing. Jobs. Mixed-use of land, which could include a hotel and convention center.

The proposals and an area for public comment can be found here.

“The redevelopment of this site must not serve to advance political agendas. It must not occur to the sole benefit of a developer or a baseball team or anyone else,” Kriseman said. “The focus must be on the people of St. Petersburg.”

Corey Givens stood behind city leaders holding a sign during Tuesday’s news conference. He urged city leaders not to forsake St. Pete’s Black community as it did when Tropicana Field was originally developed four decades ago.

Families and businesses were uprooted. And to this day, questions linger about potential graves under the site.

“It’s personal for me,” said Givens, whose grandmother was re-located to make room for the Trop. “I have family that was buried in that cemetery,” he said.

“We are in the process of hiring a firm to go out and assess that situation for us,” said City Development Administrator Alan DeLisle.

With an almost jarring matter-of-factness, Kriseman said there is no way the city would agree to a proposal they had received from the Tampa Bay Rays, which would give the team almost sole ownership of the site while offering no guarantees, said Kriseman, on how it was developed.

“Without the city’s ownership and control of the development I cannot guarantee that the wishes of the city and the community occur on that portion of the property,” said Kriseman.

Rays owner Stu Sternberg watched and listened as the city laid out its plans.

Sternberg wasn’t specific but said the mayor had “mischaracterized” their stance, and that he and the team remain open to continued negotiations.

“Ownership or not, I want a stadium here,” said Sternberg. “And I want a place to play baseball. And I want our fans to have a great place to be here and to access the place and to have a vibrant important area around it. And however it takes that form that’s all I’m interested in.”

The city says a team of 26 reviewers will consider the proposals as well as public comments. Kriseman says the St. Pete City Council will also have input each step of the way. The list will then be shortened and reviewed again. Kriseman says he would then make a final choice.

That is, of course, if all of this happens before Kriseman’s term as mayor ends in a little less than a year.

“Would I love to see at least those decisions made while I’m sitting here? Obviously,” said Kriseman. “But I’m going to do everything I can to keep that moving forward so that the community doesn’t have to keep waiting. They’ve waited too long.”

Responses to the Trop Site RFP are now available online at https://t.co/QhQ0CsJ1u5. A public comment is also available for those who would like to submit their thoughts to the Economic Development team. pic.twitter.com/EKROO33uzx