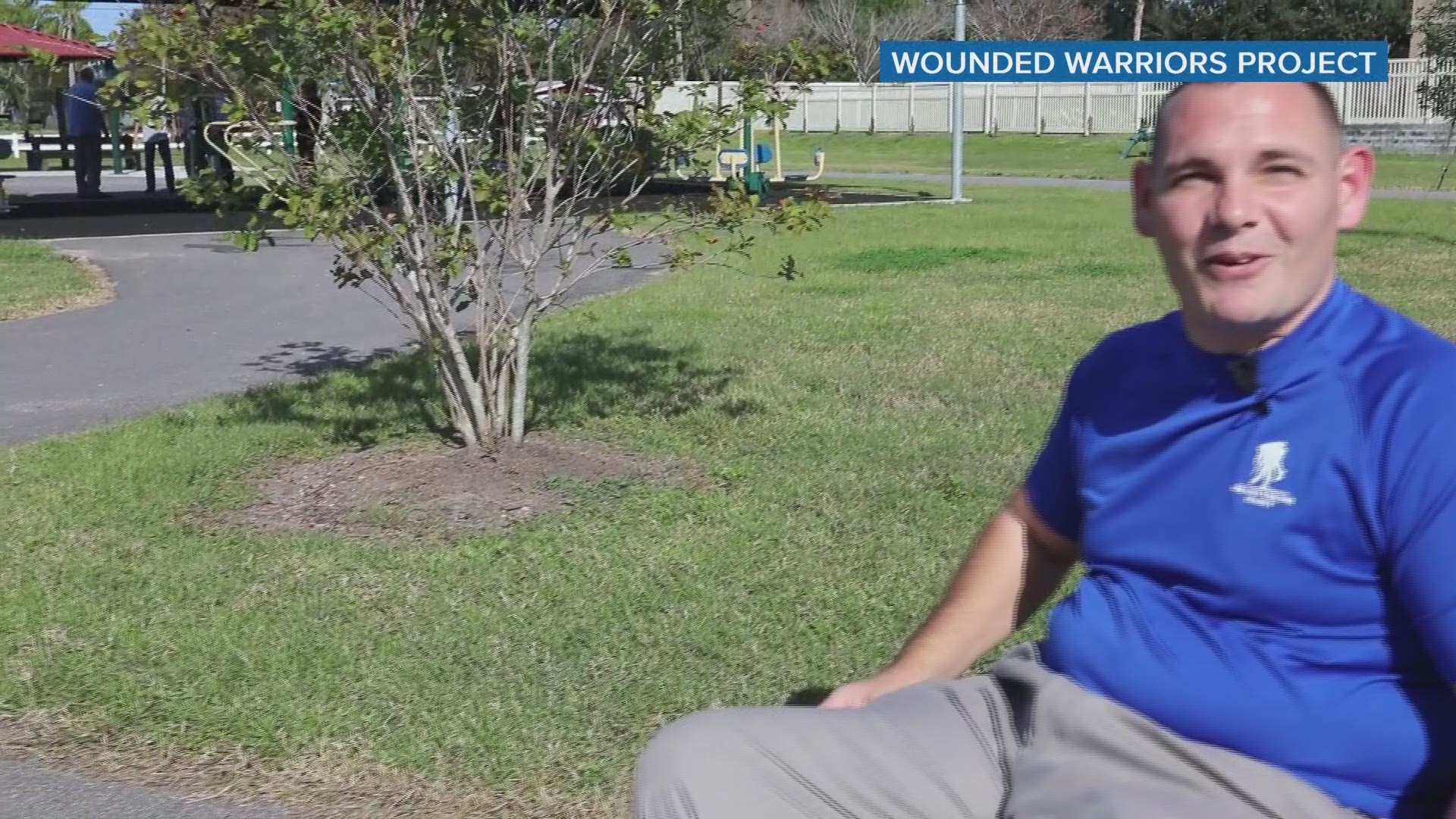 TAMPA, Fla. — Mike Delancey of Pinellas Park gave all he could during his Marines service, suffering an injury that left him paralyzed during a 2006 tour in Iraq.

On Monday, former Tampa Bay Buccaneers defensive back Dexter Jackson paid some back of that debt by surprising him with two tickets to this year's Super Bowl in Miami.

"Super Bowl tickets can't [make up that debt], but it's a start," said Jackson, the MVP of Tampa Bay's Super Bowl win, in a news release.

The Wounded Warriors Project and the NFL helped make the gift happen.

"To have a Super Bowl MVP come out and give me tickets....I remember watching him my senior year [of high school]," Delancey said. "It's an absolute dream."

In 2015, Wounded Warriors said Delancey formed his own charity to help injured veterans.

‘‘I want to motivate fellow warriors to recover from their injuries as best they can and to never give up," he said.

RELATED: Dexter Jackson trying to make name for himself