Sewage has a greater chance of spilling over during storm surges. The hope is new technology will better prevent these incidents from occurring. 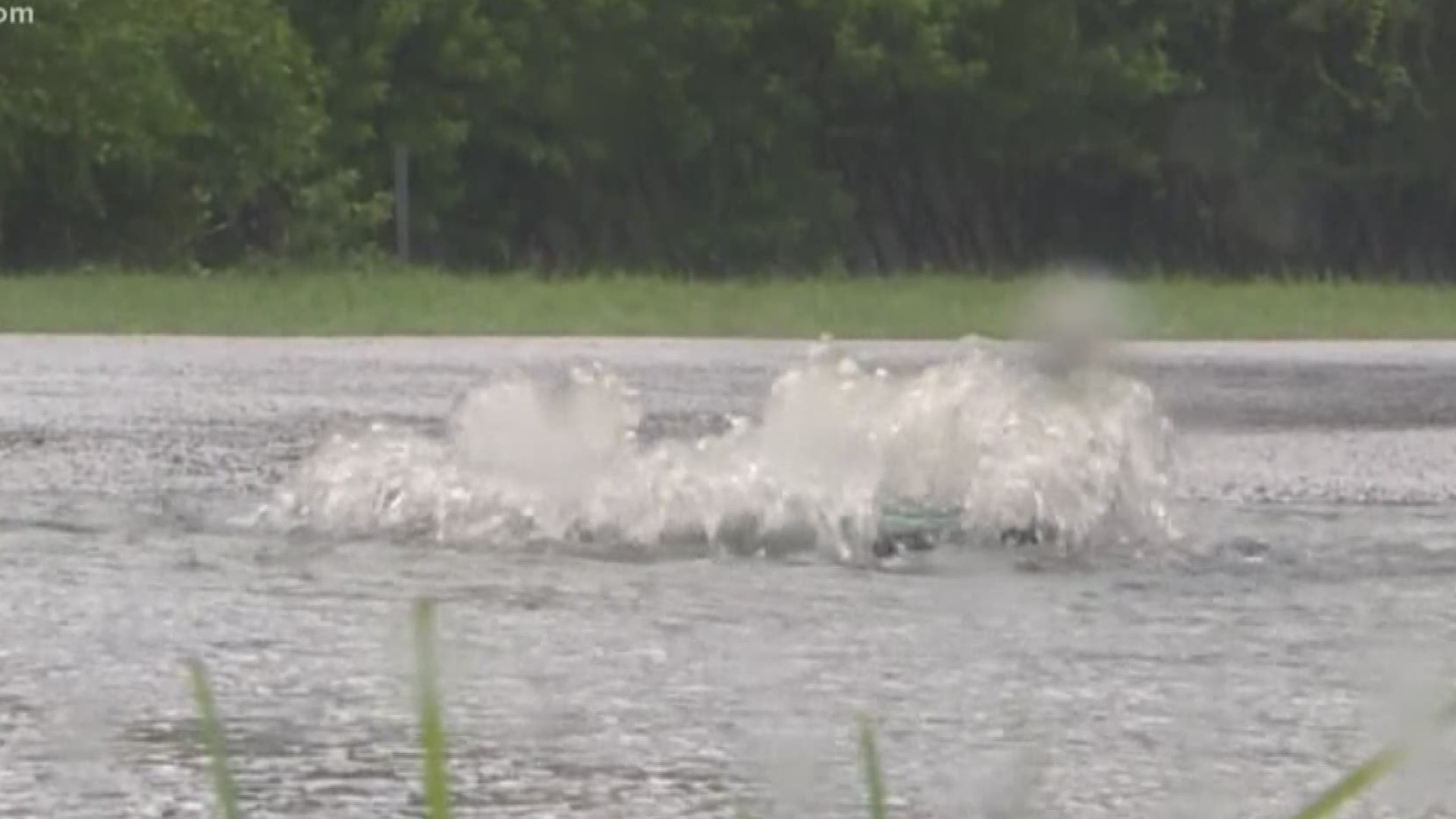 ST. PETERSBURG, Fla. — Nearly the entire Tampa Bay area is on a flood watch for the rest of the week. With highly saturated grounds and an increased risk for flooding, the St. Petersburg Water Resources department is on high alert.

“We have a standardized protocol for wet weather. And we come out and we respond. We try to be proactive. You know stay above the curve, so you know exactly where your hot areas are and just address them,” said John Stanton with St. Petersburg Water Resources.

The team sets up "wet weather stations" that can divert sewage from heavily used pipes to lesser used routes when storms are clogging the system.

Even so, problems are still popping up. And this year, there have been a lot of sewage spill problems across Tampa Bay. Nearly 400,000 gallons of sewage has been dumped this year between four counties, Hillsborough, Pinellas, Pasco and Manatee. For some perspective, 400,000 gallons is about 13 backyard swimming pools. The Florida Department of Environmental Protection keeps track of the numbers. This is 6 times more than what was dumped in all of 2018. And here’s the thing, we are still waiting on updated information from the DEP because they say the numbers are likely higher.

Those spills happen when pipes break or leak, when sewage caps are not secure, when too much sewage is simply running through the system and more.

The hope is to add more resources that can identify these potential vulnerabilities before they become problems.

Right now, the city uses a controlled camera to get into the sewage pipes. It is an intensive system that takes a long time, especially when you consider there are 888 miles of pipes to cover.

That's why Water Resources is turning to the St. Pete City Council for new robots. The robots, created by Redzone Robotics, can capture video in the pipes and travel great distances.

“We are going to go to some new technology. It’s a company called red zone. What Redzone has, is uhh, there’s nobody driving the camera. They put a t-bar in the manhole, and it’s got a string that teathers, and it just runs out to the end," said Stanton.

The city council will vote Thursday on the $600,000 contract for these robots. If approved, the robots could be in the sewers by October.

If you click the map at this link, you can see all the spills reported in the last month to the Department of Environmental Protection. These are a combination of different problems that could cause pollution from broken reclaimed water lines to sewage discharge. You will see from all the yellow markers, many of these are along Florida's coastline.