"These two that we've narrowed it down to, I think fit what we're looking for best," said Mayor Kriseman. 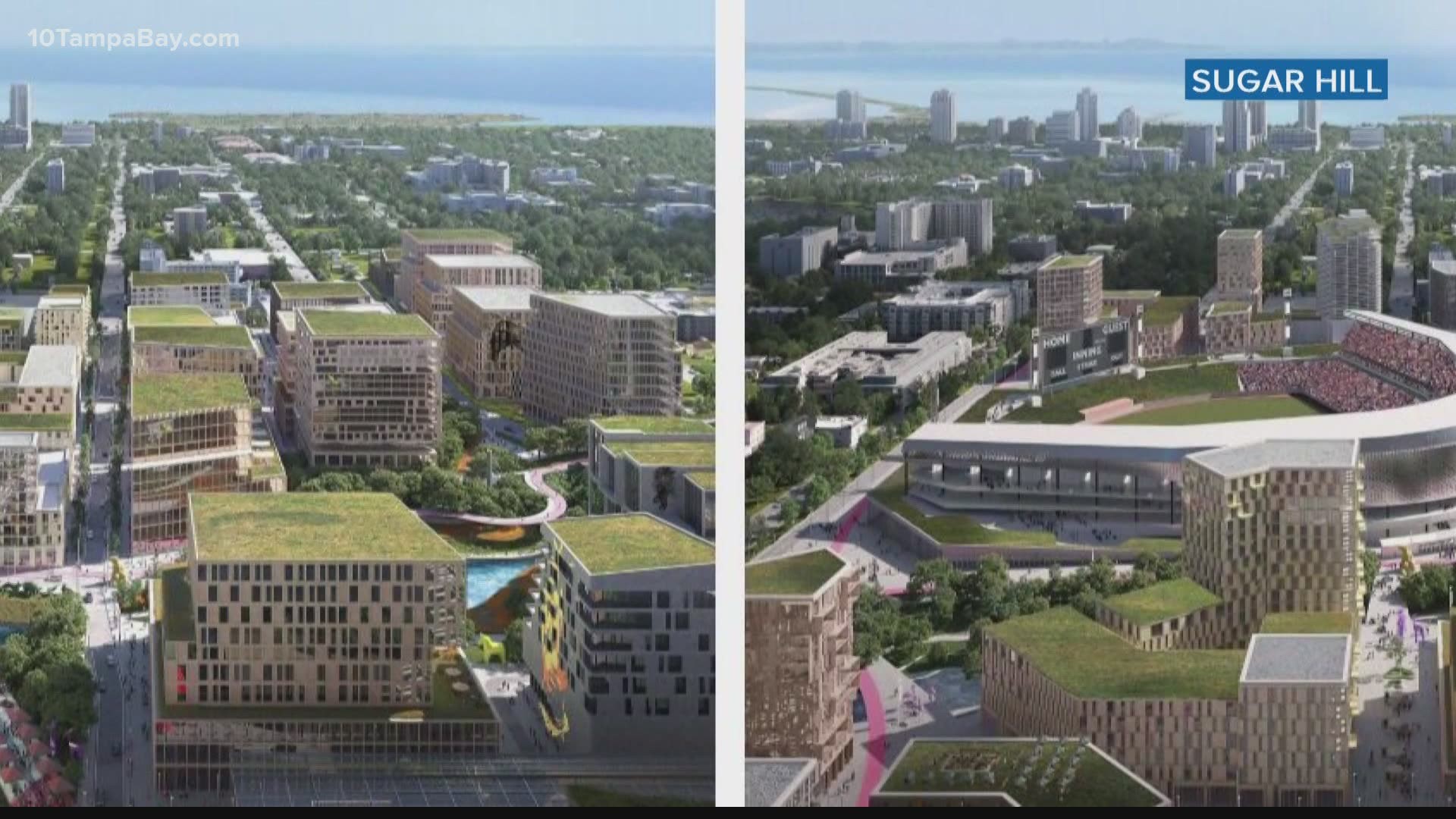 SAINT PETERSBURG, Fla. — St. Pete Mayor Rick Kriseman announced on Friday the list of companies vying for the chance to make over the 86 acres of land surrounding Tropicana Field is down to two.

Sugar Hill and Midtown development groups have both created proposals under two different scenarios: with a stadium and without one. This is to cover all outcomes in the case the Tampa Bay Rays relocate from their home in downtown St. Petersburg when their lease expires in 2027.

"These two that we've narrowed it down to, I think fit what we're looking for best. We're very excited about the next step in ultimately getting to that single developer that will help us take this site over the next couple of decades into something truly special,” said Mayor Kriseman.

The Midtown proposal includes retail space, a hotel, a conference center and green-certified housing, including at least 1,000 lower and moderate income units. Midtown's proposal also says it will support $30 million for public parks and bring 16,000 to 20,000 construction jobs.

"The conversations have really been community-driven,” said Esther Eugene, president of the Pinellas NAACP.

Eugene says whoever's selected must consider the area's rich African American history. Neighbors of the old Gas Plant community were forced out to build the original stadium and the community never recovered.