The crossing guard is expected to be okay. 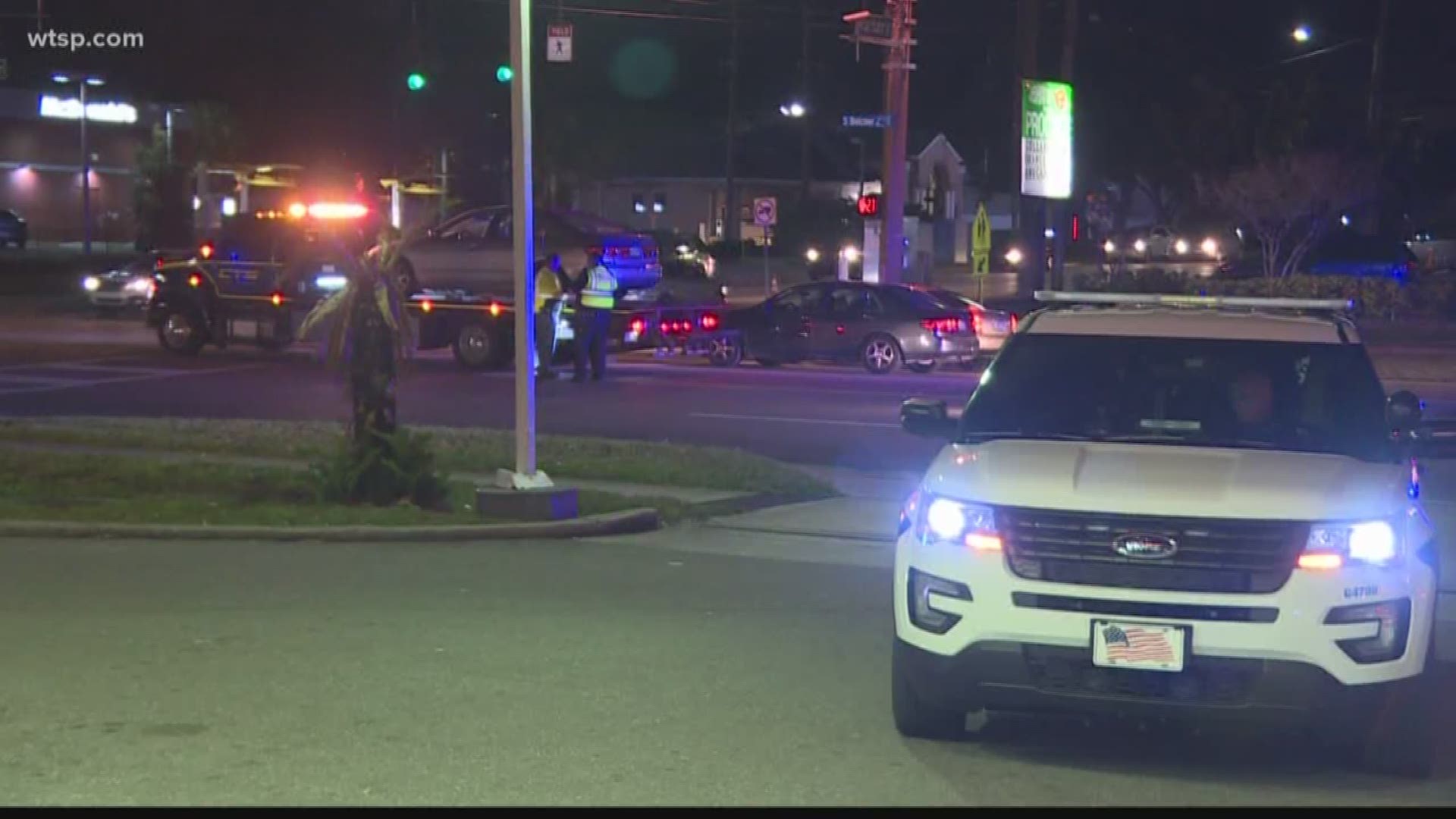 CLEARWATER, Fla. — Update: Clearwater police said on Thursday the crossing guard, Ernie Comeau, is still in the hospital after being struck by a hit-and-run driver on Wednesday.

A hit-and-run driver was stopped by a group of concerned citizens who used their cars to block the getaway, according to Clearwater Police.

But Olson didn't get far.

According to a news release, other drivers pinned that car in at South Belcher Road and Nursery Road, just one block away from the accident scene.

Police took the Olson into custody. He is charged with leaving the scene of an accident involving serious bodily injury, driving with a suspended license and failure to obey a traffic control device.

The crossing guard was taken to Morton Plant Hospital. His injuries are not believed to be life-threatening, according to police.