Police: Men throw egg at cyclist in Lakeland, then realize he's a cop

The officer was a competitive cyclist, so it didn't take long to catch the suspected egg tossers! 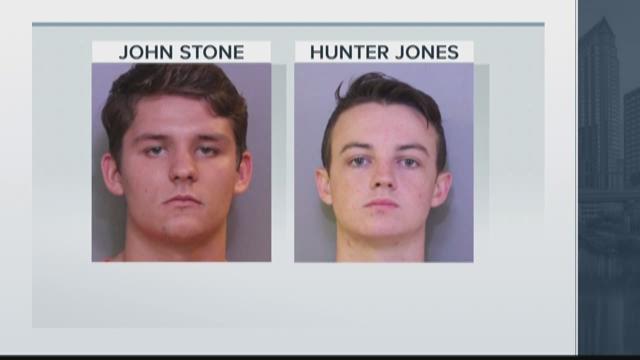 Two Florida men who threw an egg at a bicyclist from their car now have egg on their face. Police said Hunter Jones and John Stone hit the cyclist while he was riding around Lake Hollingsworth in Lakeland late Tuesday night.

What the men didn’t realize was the man they hit is a cop, who also happens to ride his bike competitively. Lt. Michael Lewis wasn’t in uniform, because he was on a lunch break.

"It hit me so hard, I actually thought it was a Coke can or something," he said.

After Lewis was hit, the men scrambled. He says he chased after the car on his bike. While doing that, he was able to get a vehicle description and report where it was going to his fellow police officers.

Police pulled the men over on US 98. They found two cartons of eggs in the car, along with marijuana.

Lewis didn't find the incident funny at the time, but now he said his fellow officers are cracking jokes about it.

"They say this must be very "eggsciting,'" Lewis said. "The officers, they have a commitment to 'eggscellence,' which is on our patch. Probably the best one was, 'so, I see breakfast is on you.'"