Police: Wrong-way driver was traveling more than 100 mph when hero officer swerved into his path to save others

Tampa Police Officer Jesse Madsen has posthumously been awarded the Police Purple Shield and Medal of Honor for his actions. 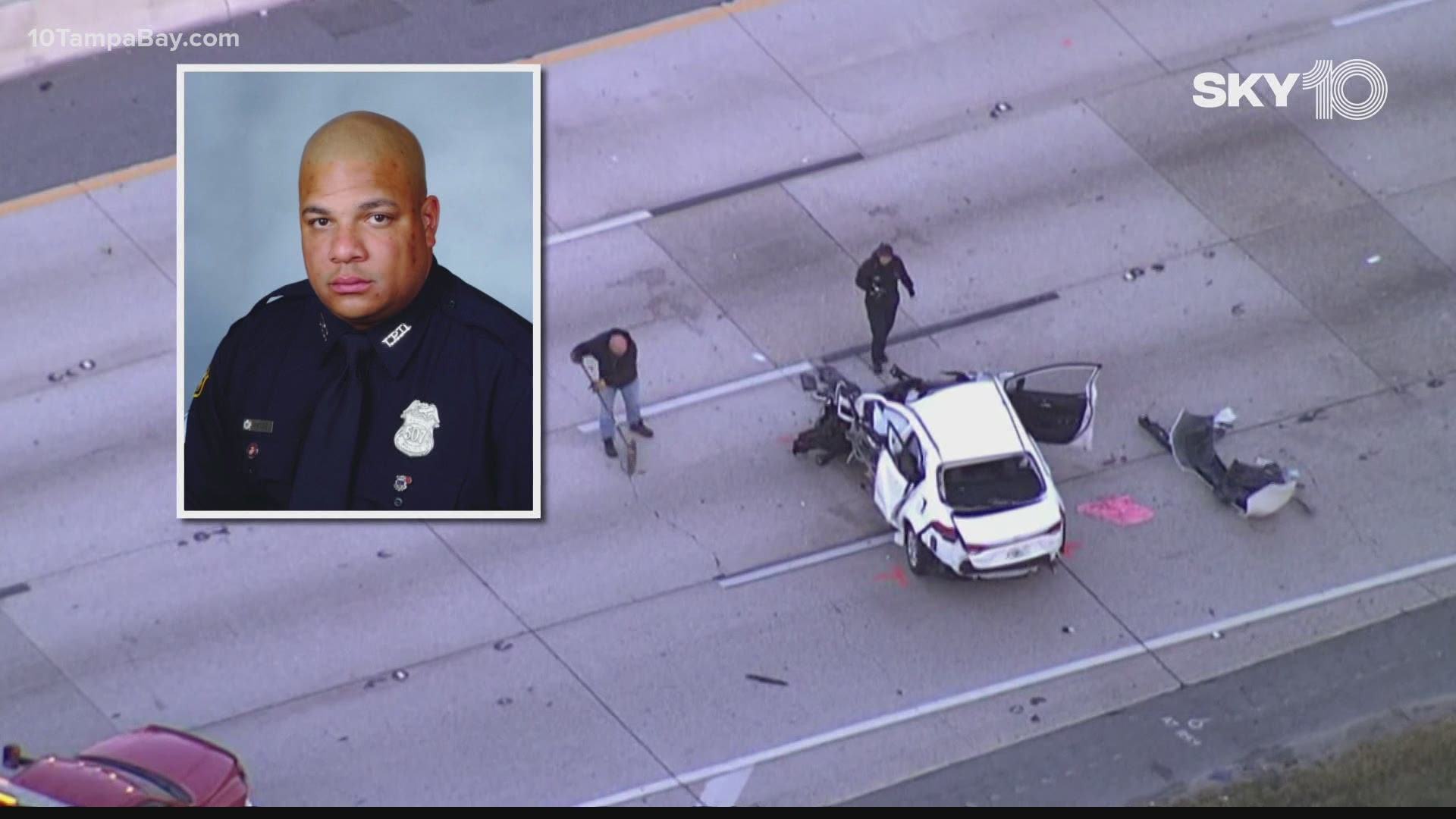 TAMPA, Fla. — Tampa Police say it’s still early, but that evidence suggests 25-year-old Joshua Montague, the driver of the car heading the wrong way on I-275, was intoxicated at the time of the collision that killed both him and Tampa police officer Jesse Madsen.

“There was some beer bottles found in his hotel room,” said Tampa Police Chief Brian Dugan. “And we have reason to believe he was at a local bar and basically, through interviews, that he was out drinking somewhere.”

Crash investigators also estimate Montague was driving at 100 miles an hour at the time of the collision.

Physical evidence further showed Officer Madsen, on his way home from his shift, heroically sacrificed his own life.

“Officer Madsen is a true American hero,” said Dugan. “He deliberately moved his patrol car into the other driver’s path of travel.”

“We are grateful for Officer Jesse Madsen and his sacrifice,” said Tampa Mayor Jane Castor. “And I am equally grateful for every single man and woman that puts on that uniform and goes out to protect our community every single day.”

On social media, Montague’s family conveyed their sympathies, but also questioned officer Madsen’s decision to go “straight for him”.

Montague, also a father, they say, had just relocated to Tampa for a job. Police say he’d been in town less than 12 hours.

“You know, this is a complete tragedy for both families,” said Chief Dugan. “We checked his hotel room and he hadn’t even opened his luggage.”

His wife and children will receive the Gold Cross, which is presented to surviving family members.

Officer Madsen’s funeral will take place at 11 a.m. Tuesday at Idlewild Baptist Church in Lutz. The public is invited to attend.

“If you ever called 911, if you ever needed a backup, he’s the guy you wanted,” said Chief Dugan. “He was the guy who was going to answer the call, and he was going to do whatever it took.”