‘Large fireball’ in the sky reported in Oregon

Investigators are trying to locate a possible landing location and figure out “exactly what the fireball is." 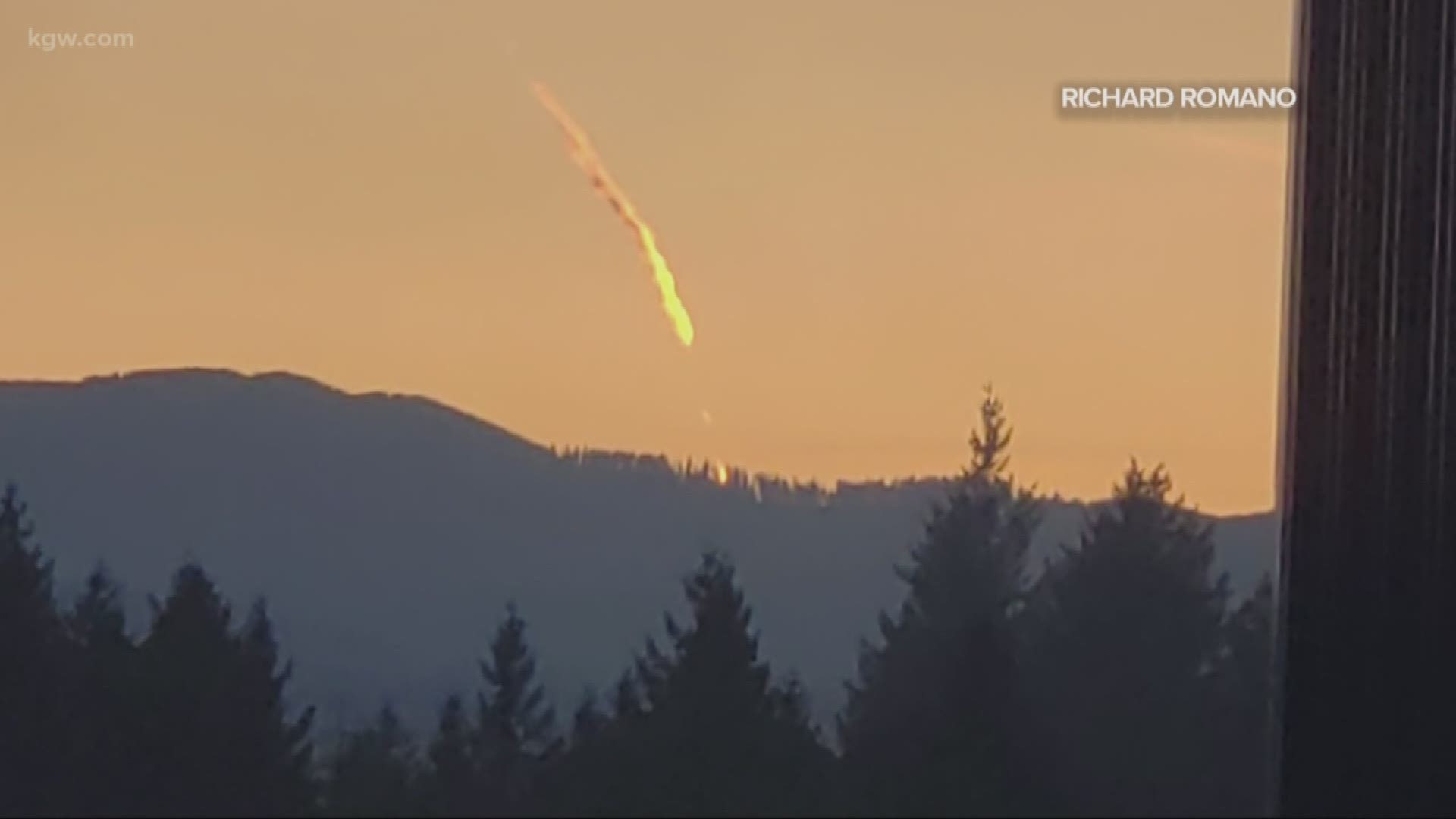 PORTLAND, Ore. — The Polk County Sheriff’s Office is looking into reports of a "large fireball falling to the earth." They said it was visible in southwest Polk County.

The sheriff’s office said the fireball was first reported as a fiery plane crash. Polk County Sheriff said they have used all available aviation tracking systems and worked with the Federal Aviation Administration (FAA) and U.S. Air Force, and no planes have been lost.

Authorities - along with the U.S. Forest Service and a local timber company - worked to locate a possible landing location and find out “exactly what the fireball is." Life Flight was called to fly over and search the rugged, remote area where the witness believed the fireball may have landed. They didn't find anything.

Civil Air Patrol ran a training mission in the area Friday during daylight hours and helped look for signs in the rough terrain.

The sheriff's office scaled back their efforts to locate the fireball on Friday when aviation specialists ruled out the possibility of a plane crash. While they can confidently say they don't believe it was a plane, the sheriff's office can't say exactly what it was and if it landed anywhere.

"Honestly we can’t even put a location on it. The reason we’re so involved in this is because someone in our county reported it, we have a photo of it, we have a direction, we can’t even say that’s anywhere within our county," Polk County Sheriff's Office Lt. Dustin Newman said, "We just have to follow through, making sure we are doing the best we can for the public and that if there’s someone out there that needs help we are doing the best we can to find them."

"Obviously we were wrapping things up. Once we realized and have information we’re comfortable saying it is not a plane it kind of takes it out of the immediate 'we have to find it' and we’ll leave it to those experts to keep looking," Newman said, "If it’s not threatening public safety or something like that it doesn’t make sense for us to keep expending resources on that type of thing."

Richard Romano was working on his tractor Thursday evening when it started to get chilly. He was about to head inside but wanted to grab his mail first. He walked over to his mailbox and looked up to see a plane in the sky. He grabbed his mail and started to head back toward his shed when he says he heard an "explosion".

"I started to walk this way, made it to about here, I hear a big boom and I looked up and all I could see is a big fireball in the sky going down. So I walk over there looking at it, watching it kind of falling out of the sky and thought I better take a picture because nobody's gonna believe me,” Romano told KGW.

He called it in to Polk County dispatch around 4:50 p.m. Thursday as a "fiery plane crash". Romano thinks the fireball landed in a rugged, rural area past a ridge line you can see from his property, perhaps 40 miles away.

Romano's photos are essentially the only evidence the Polk County Sheriff's office and experts have to go off.

Some people have speculated that the fireball is a result of a "unicorn meteor storm" that was expected Thursday night. But KGW chief meteorologist Matt Zaffino said that meteor storm likely wasn't visible for anyone on the West Coast.