The Polk County Sheriff's Office has active shooter training for churches and will even assess the church to look for ways to improve security. 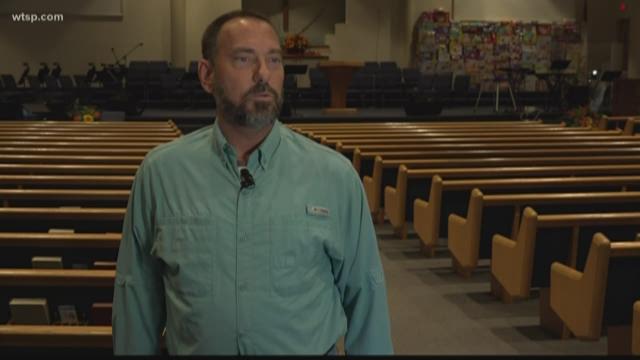 It's not far-fetched to wonder whether a church shooting could happen in our area. A man killed his wife at home, then opened fire on two pastors at a Lakeland church in 2011.

“Run, hide fight. We want to make sure that's what they leave with,” Lt. Rian Shea said.

Trainers also walk through the church to see how security could be improved without spending much money.

“Emergency exits are not blocked," Shea explained. "We want to make sure they can get out, and know where they can gather once they leave that location."

A team of volunteers also looks for anything suspicious before and during church services.

In addition, church doors are locked once services start.

While Bethel's volunteers are unarmed, it is legal to have a gun in church with a concealed weapons permit.

“A good person with a gun is not a danger to society,” Polk County Sheriff Grady Judd said. “They're an attribute.”

Having a safety plan is key to preventing another church from becoming a crime scene, Judd said.