As clean-up continues after tornado, some worry about safety of their property

Some people say they’re staying in their homes even though they were damaged out of concern for their property.

“To keep looters away, and if people need a hand around here, to help them and stuff,” Pedro Rivera said.

Rivera told 10News a tree fell on his home during the tornado.

“I heard the tree cracking and I got out with my dog and the tree fell on my bed seconds after I got out,” Rivera said.

Workers with Polk County began picking up debris at the beginning of the week and said in a press release that Polk County’s Roads and Drainage crews would be picking up appliances, building materials and vegetation left on the roadside by the people who live there.

RELATED: The cost of a tornado: Families in Kathleen are just starting to pick up the pieces

The people whose homes were damage said they’d been cleaning up for days.

“We’ve been at for four days down, unloading all the debris from the backyard,” Andrew Browning said.

They said all of this happened in a matter of seconds, and they had virtually no warning.

“I was snoozing, but my wife and son and grandmother were awake. They were scared, in the closet, praying,” Browning told 10 News.

Willie and Janet Estridge spent Tuesday burning some of the debris in their backyard. Friends and family helped to salvage what they could from the house.

“Cleaning up. That’s about it. Hoping we can get this thing done in the next two or three days. And figure out where we’re going to go and what we’re going to do,” Willie said.

Janet said their home isn’t safe to live in.

“What’s next is, getting back to normalcy. If there is such a thing,” Willie said.

“The new normal. There’s no normal after this. It’s a different kind or normal,” Janet added.

A Red Cross representative told 10News 10,000 are destroyed, 49 have what they call “major damage” and they estimate about 100 have some kind of damage.

The county said it will be doing most of their roadside debris pick up this week, but to call the Polk County Roads and Drainage Division at (863) 535-2200 if you have debris that has not been picked up by Friday. 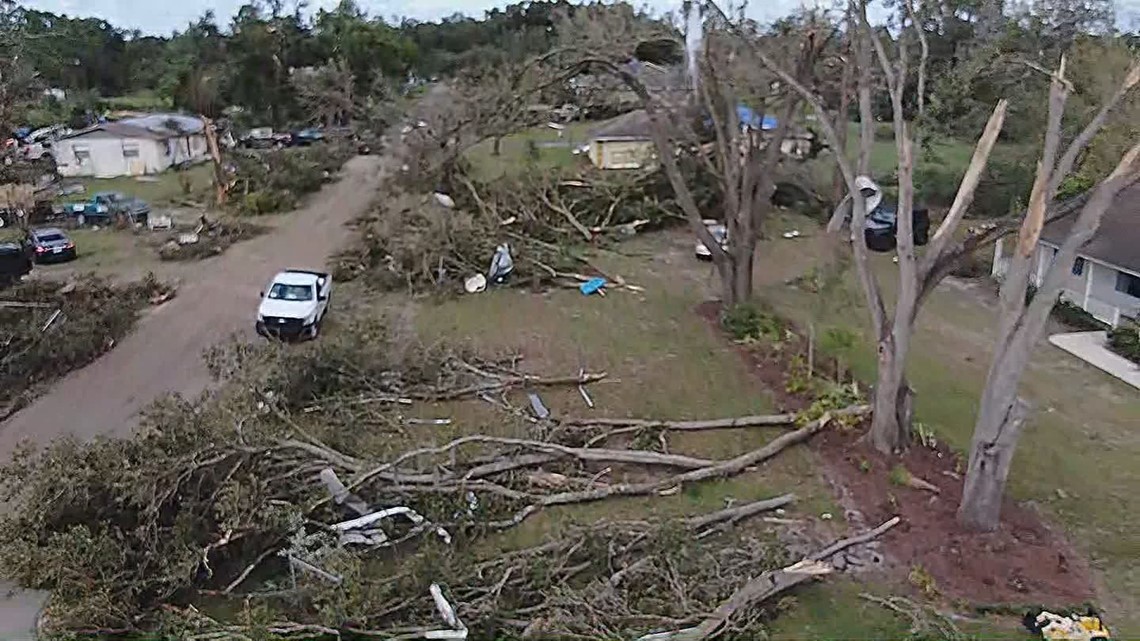