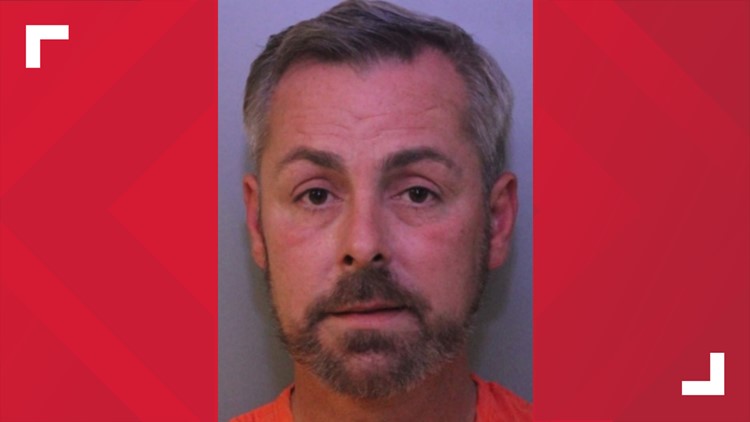 Florida man gets DUI after driving Segway into traffic

DAVENPORT, Fla — A 48-year-old Davenport man got a DUI after a Polk County Sheriff's deputy saw him driving a Segway eastbound in the westbound lanes of Dunson Road, according to investigators.

Andy Sigears was going head-on toward cars that were swerving to go around him, according to a sheriff's affidavit.

Once deputies stopped the man, the arrest report says he "made multiple spontaneous statements about being drunk and that he was an alcoholic."

It also said that Sigears had watery eyes, slurred speech and he smelled like alcohol.

Deputies gave him a field sobriety test, which he failed. A later breath test showed he had nearly three times the legal limit of alcohol in his system, according to a Polk County Sherrif's Facebook Post.

Deputies said in a Facebook post that Sigears was near a sheriff's substation while driving drunk the wrong way on a Segway. The two-wheeled personal transporter is defined as a motor vehicle per Florida Statute.

Sigears was taken to the Polk County jail and charged with DUI with a blood-alcohol level of 0.15 or higher. He was released on bond.

Polk County Sheriff's Office
On Friday night, October 18, 2019, rain bands from Tropical Storm Ne... stor in the Gulf of Mexico, carried strong winds, plenty of rain, and at least two confirmed tornadoes in Florida...one of which struck in the northwest Lakeland area, including the Kathleen community.