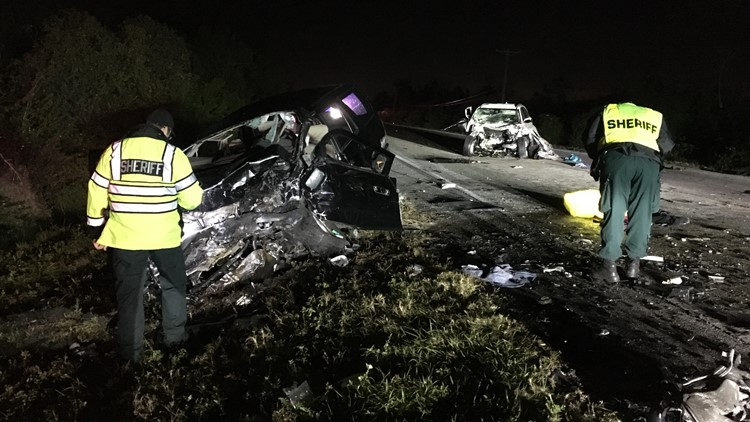 HAINES CITY, Fla. — A 9-year-old child was among two people killed late Saturday in a multi-car crash in Polk County.

Deputies say evidence and witness statements show a Kia Sorento driven by 59-year-old Keith Mitchell came speeding up from behind a Ford Escape and crashed into the back of it. Both drivers lost control of their SUVs, and the Kia ended up crashing into a southbound Toyota 4Runner.

Mitchell was thrown from his car and died at the scene, the sheriff's office said.

Nine-year-old Yaliz Morales, who was in the Toyota, was rushed to the hospital and later died, according to a news release.

Three other people were hurt, with one suffering from critical injuries.

It's believed speed is a likely factor in the crash, with impairment and distraction associated with Mitchell under investigation.

No charges are expected.

The highway was shut down for several hours but has since been reopened.