"The tornado of October 2019 is yet another chapter in the story of this resilient school," the district said. 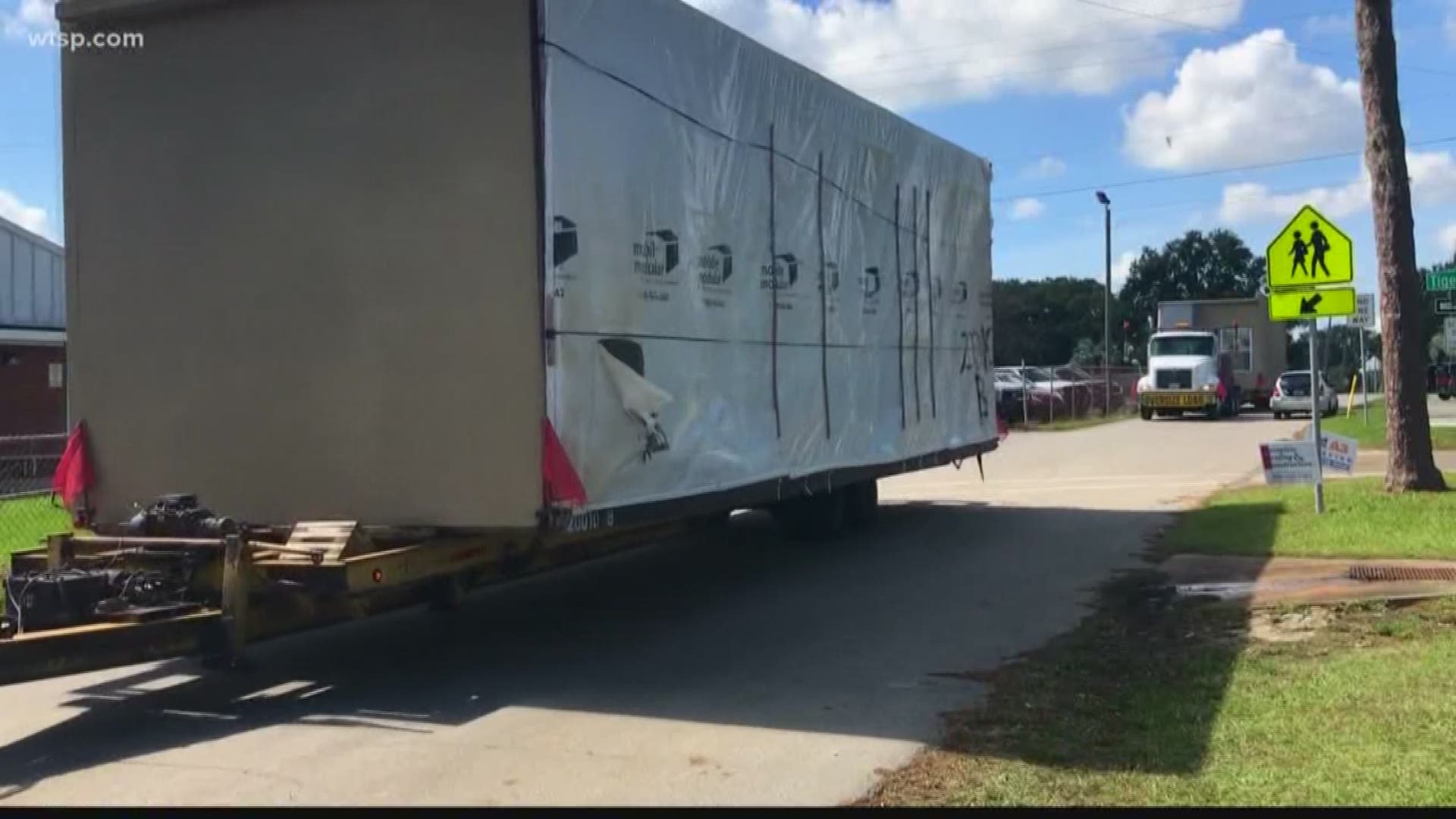 KATHLEEN, Fla. — It's been a year since an EF-2 tornado touched down in Kathleen, Florida causing damage to the area. Among those impacted was Kathleen Middle School.

The severe weather came at night and tore a "huge hole" in the roof of the school's main building. According to a release, there was also significant damage to the gym roof, a building that held art, TV production classrooms and the school's electric utilities academy.

Now, 365 days later the school is reflecting and still working on getting back to a sense of normal after the lives of students and staff were disrupted.

Polk County Schools says while there is still work to do, the school has come a long way. Teachers recently moved back into classrooms damaged by the storm, the main roof repairs are finished and classrooms restored.

So far, more than $5 million has been spent on repairs, according to the school district.

As for what's left to be done? Some interior work slated to begin soon and repairs to the gym, which are currently underway. The district hopes to have the entire project complete by December 2021.

Base on guidance from construction officials, the district says the cost of the project is anticipated to be more than the $8.1 million it recovered through insurance. But, it's not alone in its push to rebuild. It has the community behind them.

"In the months since the tornado, the community has generously donated supplies and resources to Kathleen Middle," Polk County Schools said.

"Friends of Kathleen School" have also raised more than $2,000 for a historical marker for the school. It will be installed next year "to celebrate the school's rich history."

Built in 1928, the school worked with students between 1st-12th grade and was called the “strawberry school” since it operated from April to December so students could help pick strawberries during the harvesting season, according to a release.

It then became a junior high school in the early 1960s followed by a middle school in 1993.

And now, this tornado is also a part of the school's history.

"The tornado of October 2019 is yet another chapter in the story of this resilient school," the district said.