This is the second time in two weeks the memorial has been hit. 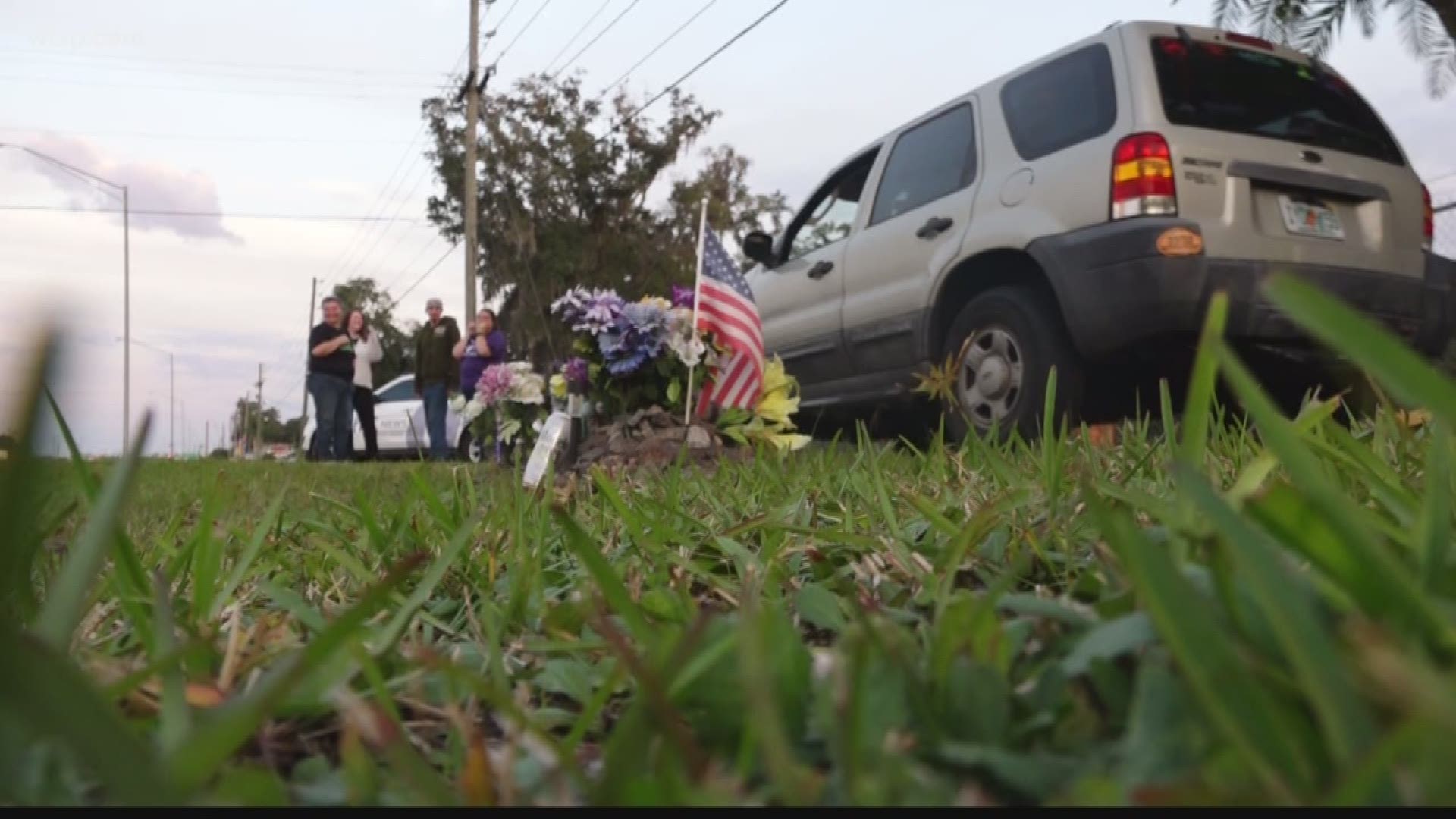 "The memorial site is for two very special members that passed. They were both very young, taken way too soon," member of #863bikelifefamily Heather Schobl said.

Jose Aguilera and Jenny Winter were avid riders. Separate accidents took them at the young ages of 27 and 25.

"I lost him on the sixth of March this year. My son tried to avoid the accident and could not. Her and Jose were like family. They were brother and sister," Rachel Aguilera said.

The young riders are memorialized where Jose was killed right across from Santa Fe High School in Lakeland.

"These are very important especially for the families," Schobl said.

The club made two large crosses with their names. They were cemented in the ground with a tire from each of their motorcycles. The bike group said someone destroyed each memorial.

"Someone kicked down the crosses. Jenny's cross was there. Jose's cross was right there broken in three pieces," Aguilera said.

The group said the memorials were targeted after someone stole a flag and surveillance camera from there two weeks ago.

"We let it go and chalked it up to kids, but this was not kids who did this. This was done intentionally," Schobl said.

Now the club feels like they are mourning their family members all over again.

"I just can't understand why anybody would do this. I've already been diagnosed with broken heart syndrome and my heart can't take much more. It's killing me," Aguilera said.

The memorial is in a very busy area on U.S. 92. If you know anything about this call Lakeland Police.