Scientists at Mosaic have figured out how wide and deep the sinkhole at the New Wales plant is. 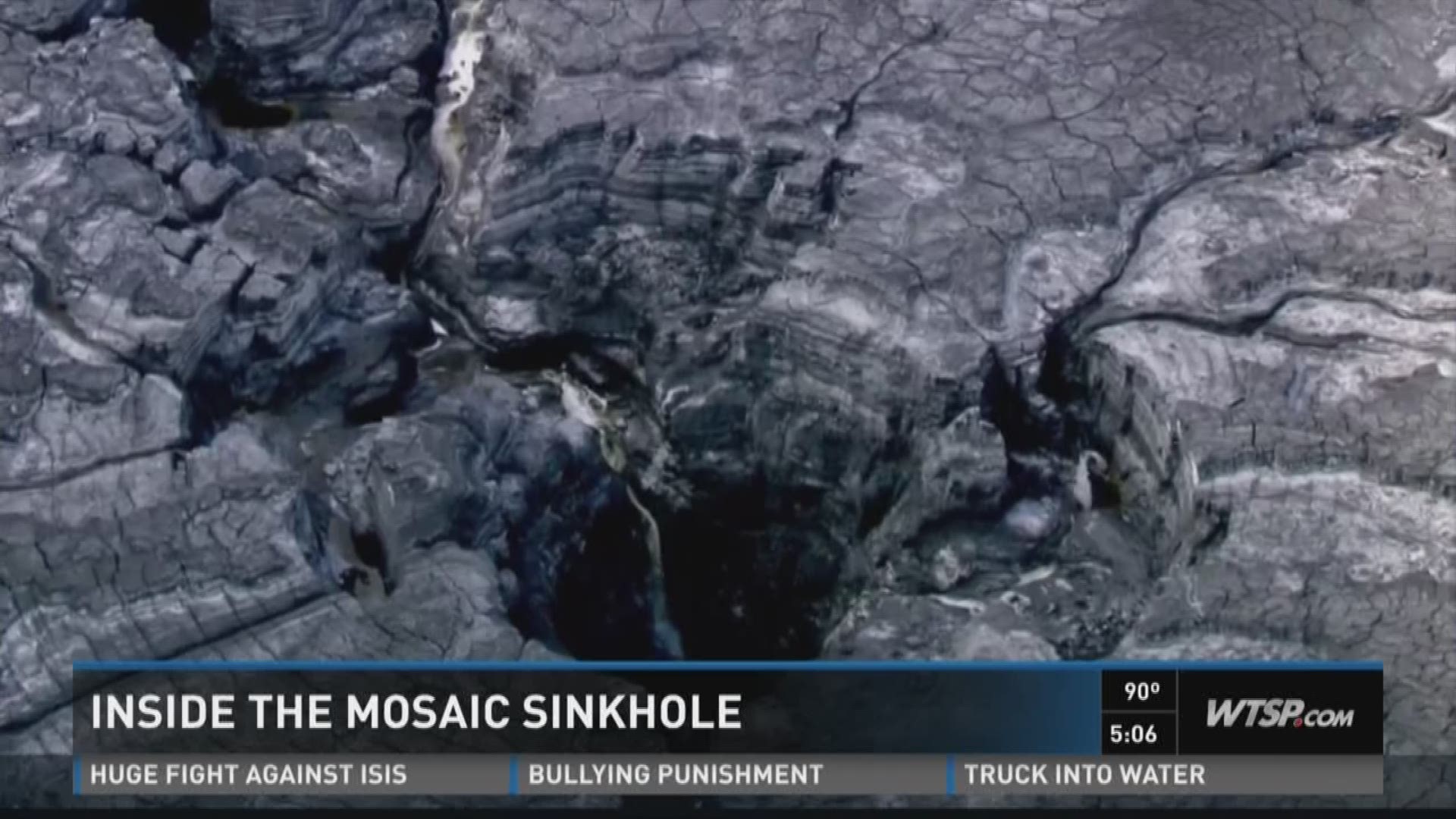 POLK COUNTY, Fla. (WTSP) -- For the past couple of months, there was no telling just how big the massive sinkhole at Mosaic's New Wales plant was. Now, their scientists have figured it out down to the foot.

The sinkhole first opened at the end of August at Mosaic's New Wales fertilizer plant near Mulberry. The company is coming up with a plan to fill it up, but they need to know which areas around it are safe first.

They used LiDAR, a detection system that uses light beams, to get the measurements and map their findings.

The widest spot is about 152 feet, and the bottom is about 220 feet below ground. The gypsum, a byproduct of making fertilizer, that was once stacked above ground is now down there.

They designed a device they could drop into the sinkhole. It essentially bounces light beams off the sides and the bottom of it, so they can figure out how wide and how deep it is.

“Because light is a constant speed, and we know what the speed of light is when it comes back, it reflects off the side wall, we can tell how far away it is,” Herschel Morris, Mosaic’s Vice President of Phosphate Operations, said.

Getting the device down there wasn't easy. They had to string a 1700-foot cable from one side of the sinkhole to the other. Then, they could maneuver the device and lower it in.

He was not aware of any other examples of LiDAR being used to map a sinkhole. It’s typically used to map parts of the earth, such as valleys and mountain ranges.

The next step for Mosaic is to drill near the sinkhole and fill it with concrete. The company expects they'll be able to start pumping concrete by December. They hope to be done as early as May of next year.

Mosaic is still having a third party test hundreds of nearby wells. So far, they said, the radioactive water that went into the aquifer isn't in any of those wells.

Gov. Scott to tour Mosaic, get updates on sinkhole

Mosaic apologizes for keeping residents in the dark about sinkhole