'This could have been somebody else’s child': Son struggling to recover after zip line fall, mom says

The accident was captured on the facility’s indoor camera system. 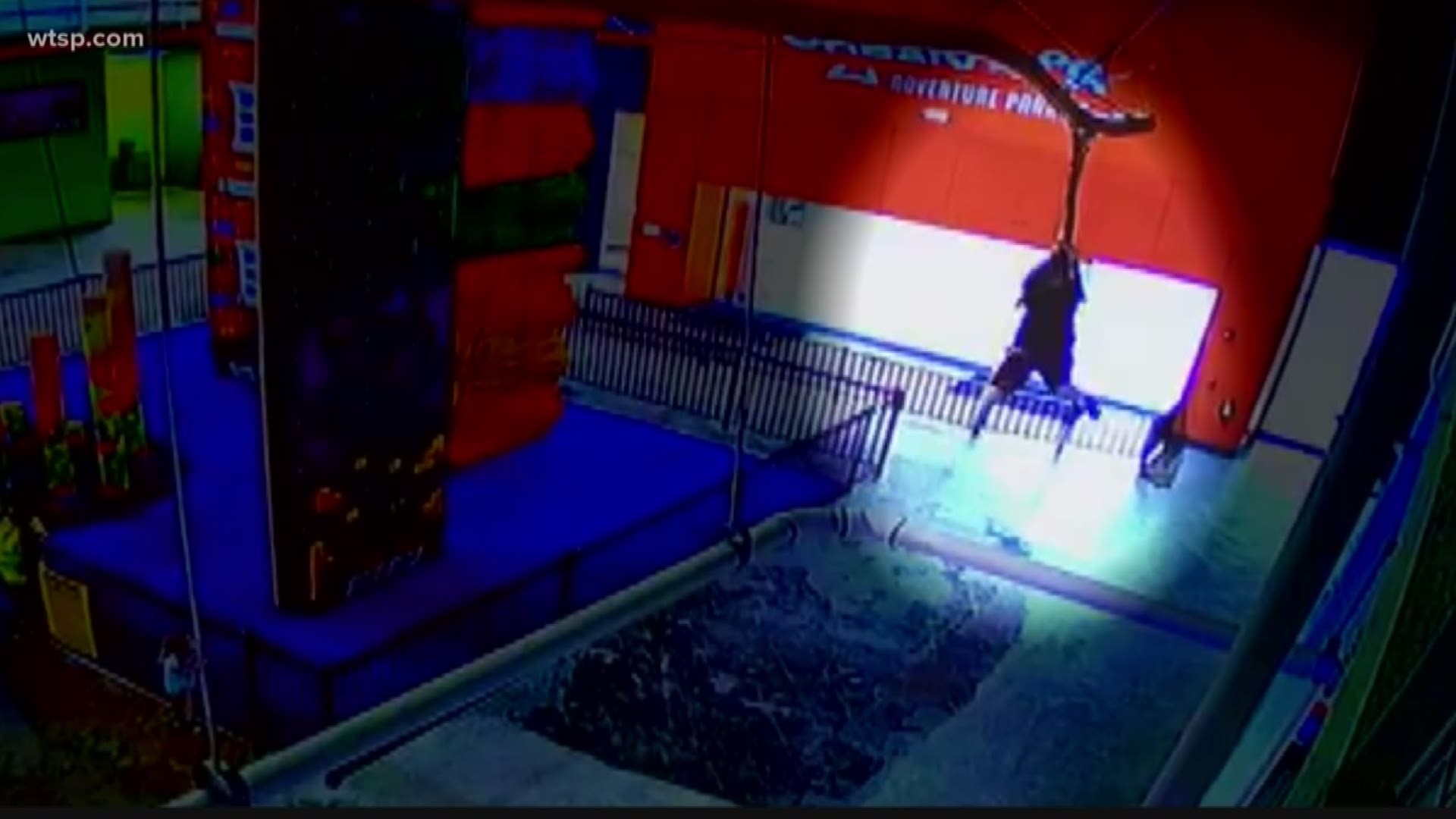 LAKELAND, Fla. — The mother of a boy injured in an accident on an indoor zip line says her son is struggling to recover from the fall.

Kimberly Barnes’ 10-year-old son was celebrating a friend’s birthday Sept. 1 at Urban Air Trampoline and Adventure Park in Lakeland when he slipped out of a harness and, according to the lawsuit, fell more than 20 feet to the ground below.

The accident was captured on the facility’s indoor camera system.

“Seeing that [video] and knowing it was my little boy, it killed me. It literally killed me inside, it was just the worst thing I could have ever watched in my life,” Barnes said, talking to reporters Tuesday. “I felt like I needed to say something because this is going to happen again if somebody doesn’t talk about it.”

Barnes said she wants other parents to see the video to help spread awareness about the potential dangers of facilities like Urban Air.

“It’s a horrible situation and the video is hard ... but this could have been somebody else’s child and I relied on the people there to do their job and he was supposed to just have fun that day and that’s not what happened and I think parents need to know that these places are dangerous,” she said. “Awareness needs to be brought to everybody about the dangers. The rides, they’re adventurous, they’re fun, but there’s more to it than that.

"If I would have researched a little bit more about Urban Air or any kind of park like this, I would have had a different idea."

Barnes’ attorney, Steven Capriati, said her son was airlifted to the hospital after the accident, where he spent five days getting surgery and treatment for broken bones, a collapsed lung and a brain injury.

The boy has returned to attending school on a sporadic basis but continues to be hampered by his injuries.

“It’s a day-by-day process. He has to just take one step at a time, he dealt with a lot and he’s still dealing with a lot,” Barnes said. “He goes to school as much as he can tolerate and tries to live a normal life as much as he can, but unfortunately, that’s just not something he’s capable of doing yet and so it’s hard.”

Barnes said her child is doing the best he can given his injuries.

“He wants to have his normal life back, he wants his normal routine and things like that but it’s a day-by-day process for him," she said. "It’s just, some days are better than others and there are some days where he just can’t go, he just can’t do it.”

State investigators found the cause of the accident to be operator error, finding no faulty equipment or device deficiencies. The Florida Department of Agriculture tells 10News their inspectors last inspected the facility in July 2019.

Representatives for Urban Air tell 10News that the employees involved in the accident are no longer employed with the company.