'It's scary': Parents shocked after strangers try to lure kids

Parents said the first incident happened on Nov. 18. Then the latest was just a day before Thanksgiving. 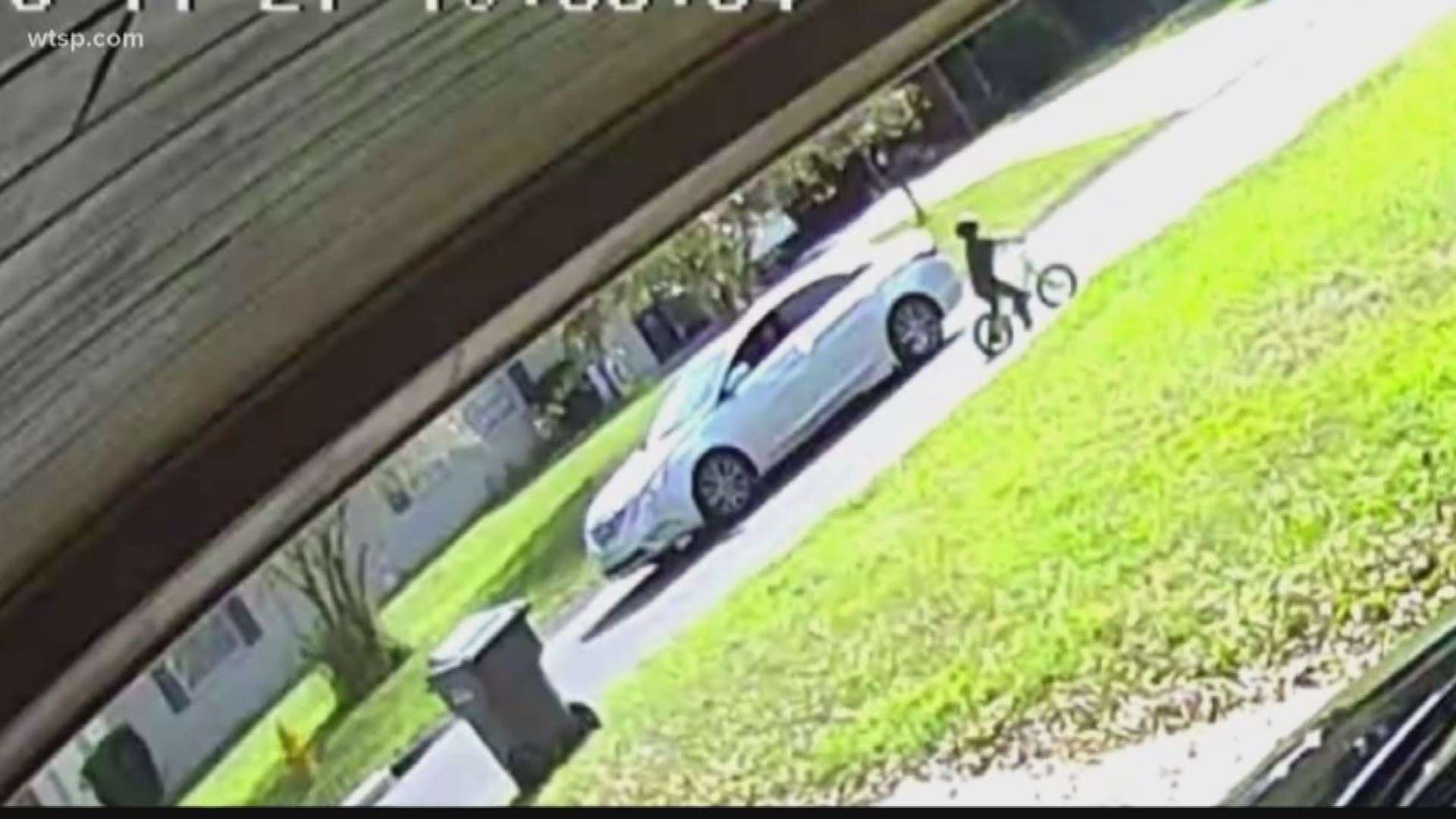 WINTER HAVEN, Fla. — Parents are on high alert after some scary situations. They said kids are being approached by men in the Garden Grove neighborhood in Winter Haven.

"He went to go ride his bike and I was standing at the doorway sweeping. I heard a car coming, he saw a car coming he came to the side of the road. I saw the car stopped. As soon as he stopped my heart started pounding really fast," Amanda Stephenson said.

She said her 7-year-old son Levi had just been approached by a stranger. Their camera caught it all on tape.

"He said, 'I'll give you five dollars if you let me ride your bike and I'll let you ride in the car,'" Levi Stephenson said.

Levi was scared, but the man sped off as soon as his mom got close.

"It's scary! I really like our neighborhood and I hate that," Amanda said.

What's even more terrifying is a very similar situation happened in her neighborhood two weeks ago just four minutes from their home.

"We just suddenly hear somebody knocking on the door desperate and I was like what's going on. Before that you kind of heard, 'Leave me alone! Leave me alone!' That kind of thing, so when I looked through the window and I saw it was a little boy," Maryel Lugones said.

She and her husband said another child was being followed by a man while walking home from school. Both kids are okay, but these two incidents have neighbors on edge.

"It's just unbelievable. It sounds like something is going on in this area," Alfredo Gonzalez said.

The Polk County Sheriffs Office is investigating both situations and ask that if you have information please contact them at (863) 534-6300.