According to the Polk County Sheriff’s Office, the 12-year-old student was not facing any criminal charges on Monday. 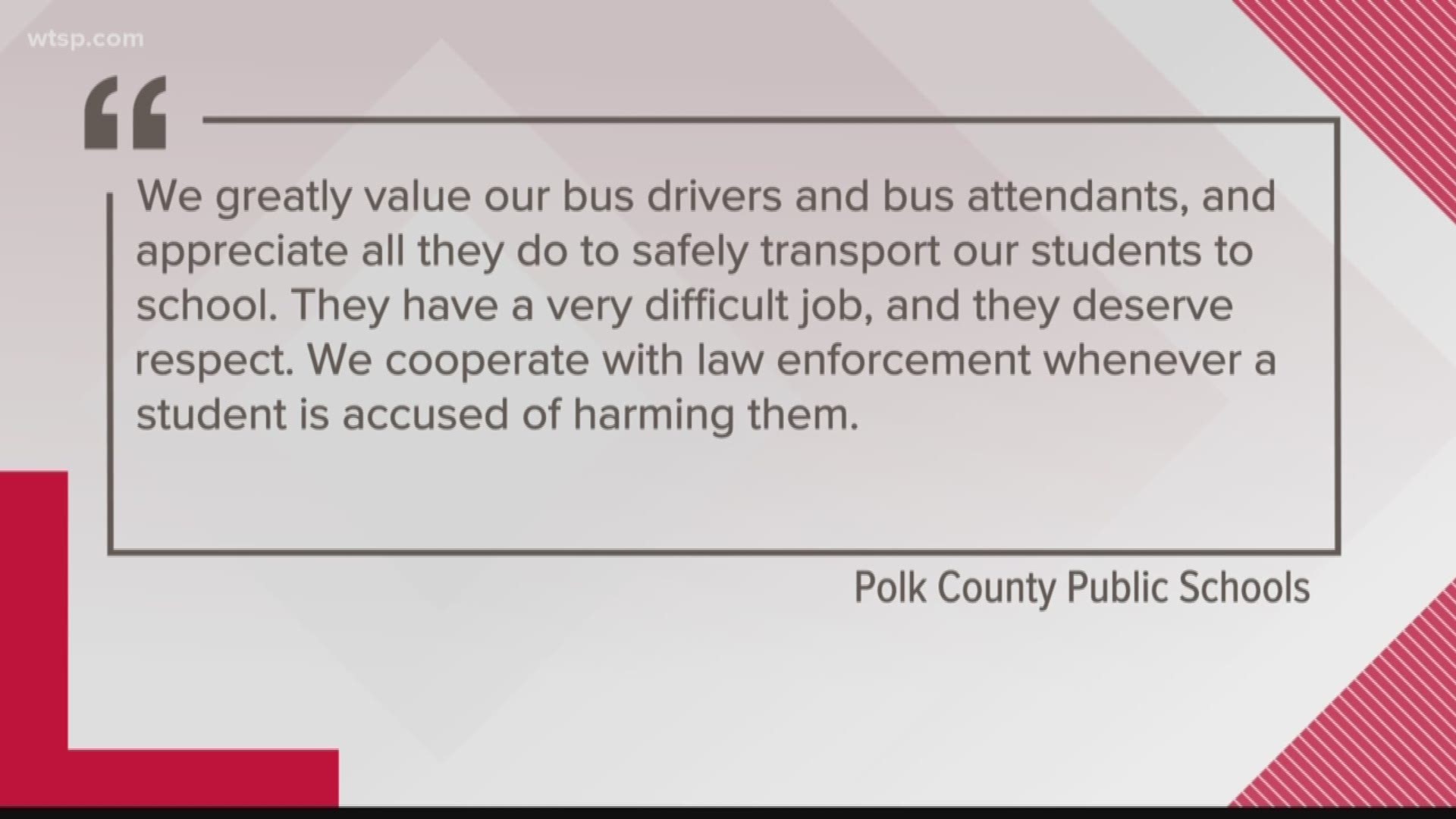 FROSTPROOF, Fla. — A Polk County elementary student was taken into custody Monday under the Baker Act after attacking a school bus attendant, according to the sheriff's office.

Deputies say the incident happened around 7:30 a.m. on Central Avenue in Lake Wales on a bus that serves both Ben Hill Griffin and Frostproof Elementary schools.

According to the Polk County Sheriff’s Office, as of Monday evening, the 12-year-old student was not facing any criminal charges.

“We are actively investigating it, including reviewing the bus video to determine if the child maliciously intended to hurt the bus attendant,” sheriff’s office spokeswoman Carrie Horstman said. “We try very hard not to criminalize youth, and to keep incidents at a school discipline level if at all possible.”

"We greatly value our bus drivers and bus attendants and appreciate all they do to safely transport our students to school,” Polk County Schools spokesman Jason Geary told 10News in an email.

"They have a very difficult job, and they deserve respect. We cooperate with law enforcement whenever a student is accused of harming them. We are limited in what information we can provide on this incident due to student privacy laws. However, any appropriate discipline will be handled in accordance with the student code of conduct."

One parent told 10News she wasn’t surprised to hear about the incident.

“The bus is so bad around here,” Amanda Croff said. She has two children in Frostproof elementary schools.

“When we first put them in school, when they were in kindergarten, they got bullied constantly,” she added.

“So, they only lasted on the bus maybe two weeks, my daughter actually, the one over at Frostproof Elementary, she actually got to the point where she refused to get on the bus in the mornings because she was getting bullied so bad.”

The bus attendant was taken to a local hospital with non-life-threatening injuries.